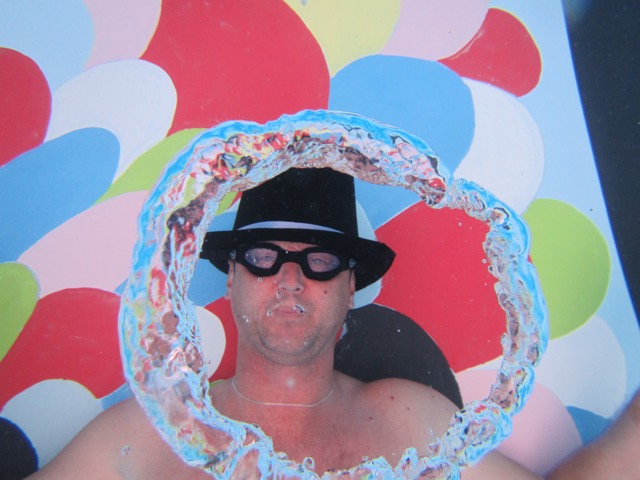 To help celebrate this milestone, local historian Steve Capelin and photograher Charles Zuber have joined forces. Steve has researched the early history of swimming in Brisbane and uncovered some gems of photos and a remarkable number of swimming baths in the inner city dating from 1857. Charles has taken a suite of beautiful photos, mostly under water, featuring the murals in the pool painted by Adam Lester.
Steve and Charles are giving a talk in the Brisbane Square Library on Sunday April 9 commencing at 11.00am and will talk about:
In 1967 Davies Park Pool closed and Musgrave Park Pool opened.
Donations
A brochure telling the story is in preparation. Steve is looking for donations to help fund this initiative. Donations can be made at Musgrave Park Pool (or Avid Reader Bookshop). Longest serving pool lessee, Alan Humphreys, will welcome you with open arms and maybe tell you the story of his near miss at Olympic selection.
Exhibition
The Exhibtion, titled, “The world of water: A brief history of Brisbane’s public swimming pools“ runs until from 9 April until 31 May at Brisbane Square Library.
Bookings are essential for the talk on Sunday 9 April, 11am-12noon – so call 3403 4166 to reserve a place.
See Related Story on Wesender – Musgrave Park, from Pool to Gallery

Steve Capelin has written for theatre, published short stories and, in 1982, was a founding member of the West End based Street Arts Community Theatre Company. In 1994 he published Challenging the Centre – Two Decades of (Queensland) Political Theatre while teaching at QUT. He is a local West End historian and author whose novel Paradiso tells the story of his wildly adventurous Italian ancestors who arrived in Australia via New Guinea as refugees in 1881. He lives and writes in Brisbane.