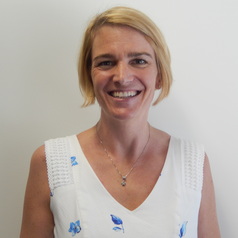 Children’s voices are crucial in informing father-focused interventions that hold perpetrators of domestic and family violence accountable for their role as a parent.

That’s according to CQUniversity researcher Dr Silke Meyer who was commenting in the lead-up to White Ribbon Day (marked on 25 November to combat violence against women).

“Australian research suggests that, by the age of 18, one in four children have been exposed to parental violence,” Dr Meyer says.

“Child safety is increasingly recognising this by developing strategies to move away from the historical mother-blaming approach towards working with families affected by domestic and family violence, and towards an approach that aims to engage fathers and hold them accountable, especially towards their children.”

Dr Meyer says research and practitioner accounts have revealed for decades that many children are involved in domestic and family violence way beyond their level of maturity.

“They intervene, they mediate, they try to protect the non-abusive parent, they take on carer roles for younger children; in some cases they are forced to side with the abusive parent and are threatened and intimidated into being abusive themselves,” she says.

“However, they get very little say in what they need and what ‘repairs’ they expect in order to recover from the trauma, rebuild meaningful relationships and engage especially with the abusive parent on their own terms.”

Dr Meyer says that, previously, children were seen as secondary victims whose needs could be addressed by responding to parents (e.g. by supporting the non-abusive parent and/or arresting/removing the abusive one).

“Nowadays, research increasingly focuses on the impact of trauma on brain development and the related short and long-term consequences on children’s wellbeing and development, whereas previously we knew primarily about the social risk indicators arising from exposure to domestic and family violence, such as poor social interaction skills, academic failure, mental health problems.

“In recent years, research and practice has moved towards treating children exposed to domestic and family violence as primary victims who require child-centred responses. However, we rarely ever hear/listen to the voices of affected children.

“They may increasingly have a voice in counselling sessions, play therapy, parent/child interventions but still less so in terms of how they experience parental violence, the impact it has on their lives and relationships and the implications it has on maintaining or redeveloping a relationship with both the non-abusive and abusive parent.”

“It’s important for Family Law responses to be trauma-informed and for that we need to better understand children’s experiences, expectations and needs,” she says.