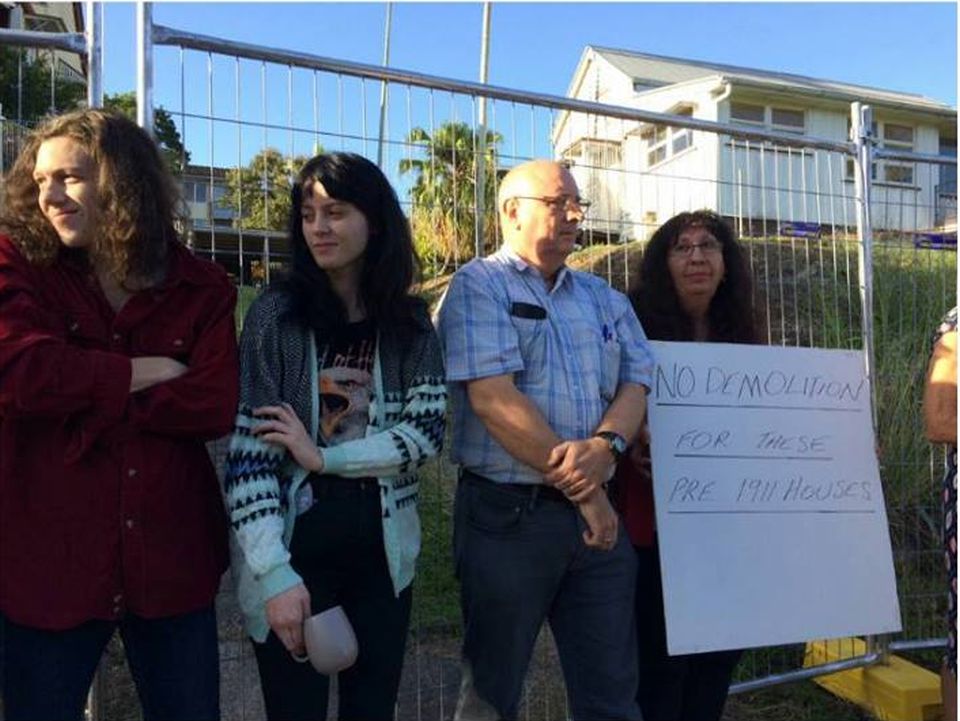 Today, a group of Highgate Hill residents exercised their democratic rights, mounting a brief symbolic resistance to an apartment development when they temporarily delayed a demolition crew from knocking down a pre-1911 house.

Whether the building is eventually knocked down is almost beside the point. What’s interesting is that both the state government and the two parties that dominate city council claimed they wanted the house preserved, and yet the developer still had a demolition permit. This shows that the underlying problem lies in Queensland’s regulatory framework. We can contest some developments on technicalities, but the laws have been written to favour developers. Rotten building facades can be replaced, but a rotten system needs more than superficial renovations.

The deeper problem is that the development and construction lobby has too much influence over both the major parties in Queensland. The work of Brisbane economist Cameron Murray demonstrates this. Both state government and city council appear either unwilling or too incompetent to put the long-term interests of ordinary Brisbanites ahead of the short-term profit interests of property speculators and developers. The law does not reflect the will (nor interests) of the people.

The project proposed for Jones Street has some major design flaws, and shouldn’t have been approved. However, this medium-density apartment development isn’t anywhere near as bad as some of the other stuff going up around the city, and maybe there are more important battles to fight. What’s really interesting about today is what it says about public mood. Law-abiding residents were willing to spend several hours standing in the hot sun to delay a construction crew. This demonstrates that there is latent potential for significant direct action resistance to flawed development projects.

This morning, in the heat of the moment, residents decided not to refuse a police directive to move out of the way, and so the demolition crew was able to start work.

Nevertheless, today showed me that in slightly different circumstances, residents would be willing and able to mobilise in large numbers to prevent particularly problematic developments.

it’s entirely possible to prevent large unsustainable developments, whether the politicians are actually on our side or only pretending to be.

The most important step is to have these conversations in advance. There’s no point waiting until the bulldozers are rolling in. Neighbourhood communities need time to decide which battles are worth fighting, and to think through the moral justifications and strategic merits of civil disobedience.

We shouldn’t place too much faith in elite politicians and a complex, bureaucratic system to act in our best interests. It’s up to the people to hold their elected representatives to account, both at the ballot box and out on the street.

Jonathan Sri is the Greens candidate for The Gabba Ward in the forthcoming Local Government elections.