The petrol levy will not increase 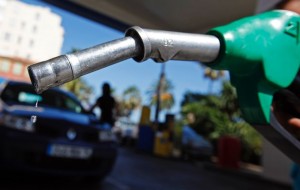 Petrol prices will not rise in this budget. For all the wrong reasons

Okay. Alright already. Just ‘cos I correctly predicted the result of the Griffith by-election does not make me a seer.  DJ Greyboy’s French Bulldog would have predicted that result without putting her snout over the pink-ribboned lip of her bling-lined basket.

But. I know human behaviour and I can recognise a bunch of old ,white men having a bit of fun with the national budget at the expense of the media when I see it.

The talk about an increase in the petrol levy is a red herring, designed to keep everyone talking about anything except the real problem. And that is: the more the government cuts to balance the budget, the more the rest of us have to reach into our pocket.

The problem is that the government talks as if it is the equivalent of a very large household and that if the budget does not add up then then we will all suffer.

The analogy does not hold.

The government is one member of a very large household. Since it is a bunch of old white men, it is tempting to give it the role of the father but, in fact, it is more like this bunch of old, white men’s traditional view of the mother.

The father’s role we will give to international trade: The money that comes in and out of the country/family. In this analogy, the balance of trade is the amount of money that papa puts on the table. He pays the builder, buys the cars and the holidays.

Mama, the government, takes some of that money to feed the little kids who do not earn, to provide the services that this traditional family need and on the side she does a couple of things that bring in a bit of extra revenue. She makes up the difference in nanna flat rent, Air B and B on the spare room and the household allowance from Dad. That, if you like, is the mama tax.

The rest of us – the nation’s businesses, workers and consumers – are the kids, the boarders and nana in the flat out the back that was once a garage. We dip into the family resources pretty substantially but we also bring back a reasonable amount of loot from our wanderings. Since we put the Air B and B advertisement online, there has been enough money for us all to upgrade our phones and buy a couple of nice items of clothing. Well done Mum.

If you look at the overall budget, Dad generally brings in more than he spends, if he doesn’t the rest of us are going to have to work pretty hard to keep the boat afloat. On the other hand, Mama often spends more than she earns.

So those three sectors together form the household. Of course the household budget has to balance. That is the nature of things. If Dad stops earning and we have a trade deficit, then times will be tight. Nanna’s rent might go up, the kids might start paying board, the violin lessons might stop.

I once had an affair with an economist who called this the twin deficit theory of macro-economics. No-one could understand a word he said so I shifted my affections to a saxophone player and have kept on using this household analogy. Most people get it and if it annoys a certain sad duck well that suits me just fine. Not that I’m bitter, just vengeful.

What this government is doing, is pretending that Mama’s budget is the budget for the whole household. It is ignoring Dad’s contribution and the fact that there is actually a reasonable amount of money on the table from the various hangers on.

So, Mama has to balance her budget by feeding us less, stemming our bleeding wounds with rags from the bag on the back of the laundry door, and refusing to pay for our magazines, school books and phone cards. We have to fend for ourselves now, in the interests of a more ruthless, market-driven family.

Dad is rapt. Without the strain of all those brats on his weekly wage he can spend a bit more on his golf clubs, next car and whatever else takes his fancy. Nanna and the boarders don’t give a toss. If there is a better quality of toilet paper on the hanger and a maid does the cleaning instead of Mum then so be it. It is the kids who suffer.

In this government’s model of the economy, though, that does not matter. At least Mama’s budget balances.

A cynic might think that Mama has been plotting with Dad and no longer has the kid’s well being as her top priority.