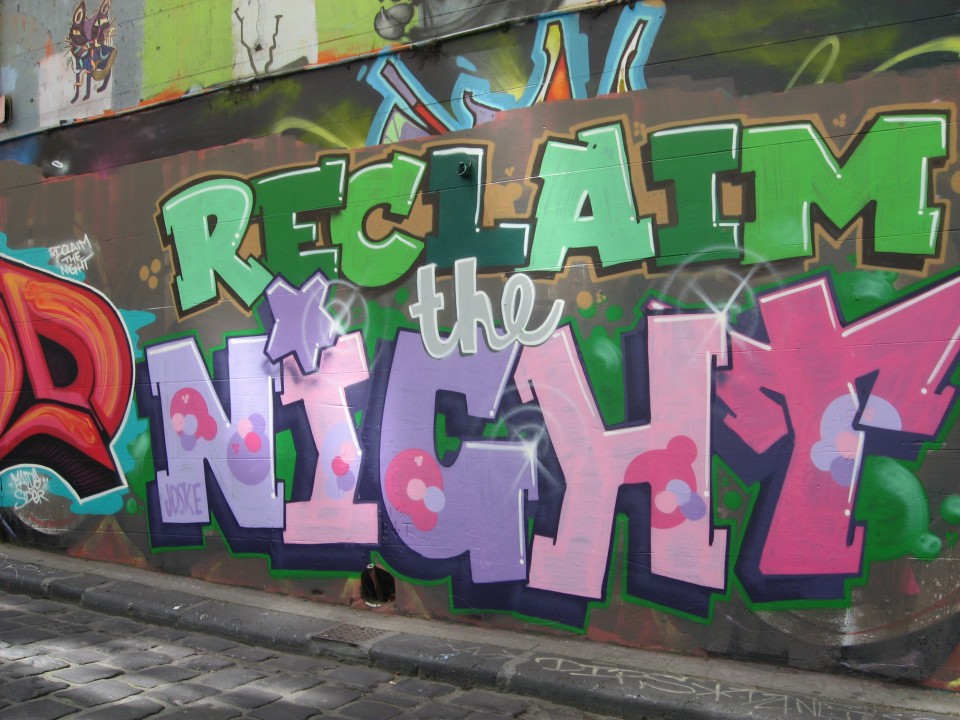 This article is part of the cover feature NO in the September issue of Westender.

According to the Office for Women,

On 27 June 2014 the Federal Government released the 2nd Action Plan to Reduce Violence against Women and their Children, a plan which builds on the work commenced by the Labor Government in the 2010-2013 Action Plan.

Westenders are represented in the Qld Parliament and Federal Upper and Lower House by women. Westender approached them all: the Federal Member for Griffith, Terri Butler and Queensland Senator and Australian Greens spokesperson for women, Larissa Waters, for their comments on current Federal Government policies and actions to reduce violence against women, and on their expectations for the role of the Minister for Women.

Jackie Trad MP, Labor Member for South Brisbane provided Westender with a  statement about policies and funding for women’s service by the Queensland State Government.

All three raise concerns in their statements about the impact of budget measures such as Medicare fees, and funding changes to legal  and housing services, which they say serve to weaken the efforts of Governments to respond to violence against women and children. 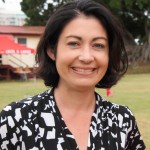 “Everyone in Australia should be able to live free from violence, to feel safe in their homes and in their communities.

Violence affects not only victims of violence, but also their families, their friends, their work colleagues and ultimately, our communities.

Studies have shown that domestic violence and sexual assault committed against women costs our country $13.6 billion each year. More importantly, domestic and family violence, and sexual assault, are abhorrent and have no place in our community.

The 2nd Action Plan to Reduce Violence against Women and Children has been released. This National Plan builds on the long-term strategy put in place by the previous Labor Government.

The First Action Plan sought to improve the safety of women and their children by, building better primary prevention capacity, enhancing service delivery, strengthening justice responses and building the evidence base. Labor’s reforms to strengthen laws in relation to family violence were a pivotal part of this plan.

Though I welcome the 2nd Action plan, I’m greatly concerned about the Abbott government’s rotten budget and its likely effect – if all of the measures were to be passed – on women and children who are suffering violence.

The National Foundation for Australian Women’s analysis of the Federal Budget identified that cuts to housing programs and to legal services “undermine state and federal level measures to address violence against women under the National Plan to Reduce Violence against Women and their Children”.

The proposed GP tax, blood test tax and x-ray tax will just add to the impediments that women face when seeking help, as will the cuts to Legal Aid funding.

And the Abbott government’s decision to scrap the National Rental Affordability Scheme is concerning, particularly as women fleeing domestic and family violence are at risk of homelessness.

If Tony Abbott is going to be the Prime Minister for Women he needs to ensure that his policies improve the lives of women, and he needs to talk to his Liberal Premiers about devoting real effort towards tackling domestic and family violence.

Labor is committed to dealing with family and domestic violence.

On 15 August, Bill Shorten launched Labor’s family and domestic violence policy development process for the next election. He said:
“Today we have been meeting with people who speak up as the voice for one of the urgent crises in Australian society: I talk about the crisis of family violence.

“This is an important national political issue and it is a crisis across Australia. It is a national disgrace that more than a woman every week is murdered by someone who claims to love them.

“Today Labor is starting the process of working our policies on how we would assist the fight the scourge of family violence and tackle the violence which is occurring in our suburbs regardless of postcode, regardless of ethnicity. This is a national political issue and Labor’s determined to fight this issue.”

At the state level, Labor has introduced a private member’s bill that seeks to increase penalties for offenders who breach domestic violence orders. The bill would also require that all victims be provided with assistance.

The Queensland Police Service’s most recent statistical review (http://www.police.qld.gov.au/Resources/Internet/services/reportsPublications/statisticalReview/1112/documents/QldCrime.pdf) show that there were 11,101 reported breaches of Domestic Violence Protection Orders in 2011-12. 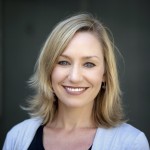 “While the Abbott Government has released the second action plan on domestic violence, which provides about $25 million a year for four years; it is ripping far more funding out of the budget from support that victims of domestic violence currently rely on. This shows a complete ignorance of the needs of women, which is hardly surprising given the Abbott Government has only one woman in its Cabinet.

Domestic violence pervades all parts of society. While victims have varying levels of financial means, a common feature of abusive relationships is control and often abusive partners control their victims’ money. Think about that control of money in the context of the Abbott Government’s proposed budget measure to make everyone pay at least $7 to see a doctor. If a victim of domestic violence cannot see a doctor for free, she may not go at all. Firstly, she may not be able to afford it and, secondly, even if she can afford the fee, she may need to ask her abusive partner for the money, who is of course, probably the reason that she needs to see a doctor in the first place.

Finding the money to see a doctor would be challenging enough, let alone finding money to pay for legal advice. Many victims of domestic violence cannot afford private legal advice and, again, even if they could, they might not have control over the funds to secure the advice. That is why free legal advice for victims of domestic violence is so incredibly important. And yet the Abbott Government is cutting funding for community legal centres across the country, which will leave women stranded.

The budget also abolishes the National Rental Affordability Scheme. Whilst women’s refuges provide some immediate accommodation for women and children fleeing domestic violence, they are already struggling financially to keep up with the alarming demand and they can only offer short-term housing. Once that short-term refuge accommodation is up, many victims will have nowhere to go. With no safe affordable, long-term housing options for accommodation, this means that, sadly, they will simply have to return to their abusive partners and live with the threat of more violence. The National Rental Affordability Scheme helped women to escape this fate and is now being wound up. On top of this, the federal budget also threatens to cut tax support for single parents, which again could see women financially unable to start or maintain a new, free life with their children.

While the cuts to single parent support, housing, legal services and Medicare are bearing down ominously, I’m confident that the Senate will be able to block most of them. The Greens will be doing all we can in the Senate to ensure that the budget does not make the already heinous situation victims of domestic violence face even worse. I’ve also initiated a Senate Inquiry into domestic violence and am hopeful that through this process, government senators will see how the budget cuts would impact victims of domestic violence and will be able to convince the government to change course.”

Tony Abbott may call himself a feminist but his track record indicates otherwise.

As Minister for Women, Tony Abbott caused national outrage, when he winked and smirked in response to an elderly woman, with health problems, describing on radio how she makes ends meet with multiple jobs, including as a sex line worker. In the lead up to the election, Mr Abbott described one of his party’s female candidates as having “sex appeal”; told a group of young female netball players that “a bit of body contact never hurt anyone” and then told Big Brother contestants to vote for him “as I’m the guy with the not bad looking daughters”. The election blunders came on top of his past comments – he seemed to think that ironing was exclusively done by “the housewives of Australia” and that Julia Gillard should “make an honest woman of herself”. Buried deeper in Mr Abbott’s past are his comments about abortion being “the easy way out” and on women and leadership (“What if men are by physiology or temperament more adapted to exercise authority or to issue command?”), as well as allegations that as a university student he punched a wall close to a female student’s head.

While I welcome the Queensland Government’s Special Taskforce on domestic violence and especially the appointment of Quentin Bryce as chair, we need a commitment from the state government that funding for specialist women’s refuges will be maintained and increased.

With the Abbott Government’s disastrous budget cuts, the last thing Queensland women need is for the state government to take more money out of the support services that victims of domestic violence rely on. 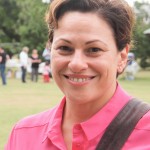 “In 2013 there were 64,246 reported incidents of domestic violence in Queensland. This figure has increased by over 10% from 2012. I think every Queenslander would agree this is unacceptable and more needs to be done to protect women and children from this horrendous violence.

One in three Australian women will be subjected to domestic violence in their lifetime – while the statistics remain that staggeringly high, how can we claim women are truly equal members of our society?

I unequivocally support any effort that genuinely seeks to combat violence against women.”

“I think the Newman Government’s decision not to appoint a Minister for Women is a sad indication of their failure to address the serious issues facing Queensland women.

The Newman Government’s savage cuts to community services, health and education have disproportionately affected women. Having spoken to many local women I know that Queensland’s growing unemployment rate is hurting families, with local women going months without work or being forced to accept part-time work because full time jobs are just not available.

Clearly, the best way you can improve opportunities for women is to provide access to reliable jobs, so they can keep food on the table for their families.

Queensland Labor is proud to have a Shadow Minister for Women and will continue to strongly advocate for greater support for our most vulnerable women.”