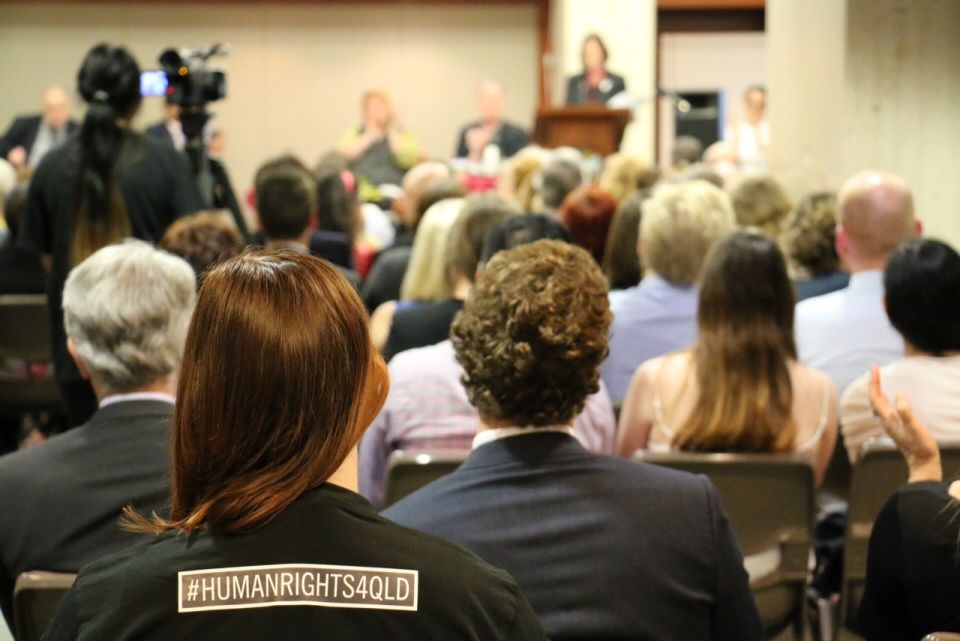 The Deputy Premier called on the community to make sure that their voices are heard in this process. Stressing the importance of consultation she said, “Don’t let the parliamentary committee do this on their own…this needs to be a broad community discussion…”

Panel members spoke of the human rights issues that confront them in their work as well as the human rights protections that are available in other jurisdictions such as the ACT and Victoria. Rob Hulls explained that the impact of a Human Rights Act may not “change the world, but they are life changing things for those affected.”

Individuals and community organisations from throughout the state continue to support the campaign that was launched last night. They come from a broad range of perspectives including organisations representing women, children and young people, homeless people, people with disability, Aboriginal and Torres Strait Islander peoples and people from culturally and linguistically diverse backgrounds.

In her final remarks, the Deputy Premier said that a Human Rights Act has the potential to be “…a legislative framework that allows governments to…enhance common, basic human rights, regardless of ability, of race, of indigeneity… I think we are at the precipice of getting this done.”