Some questions for Cameron Murray – #qldvotes 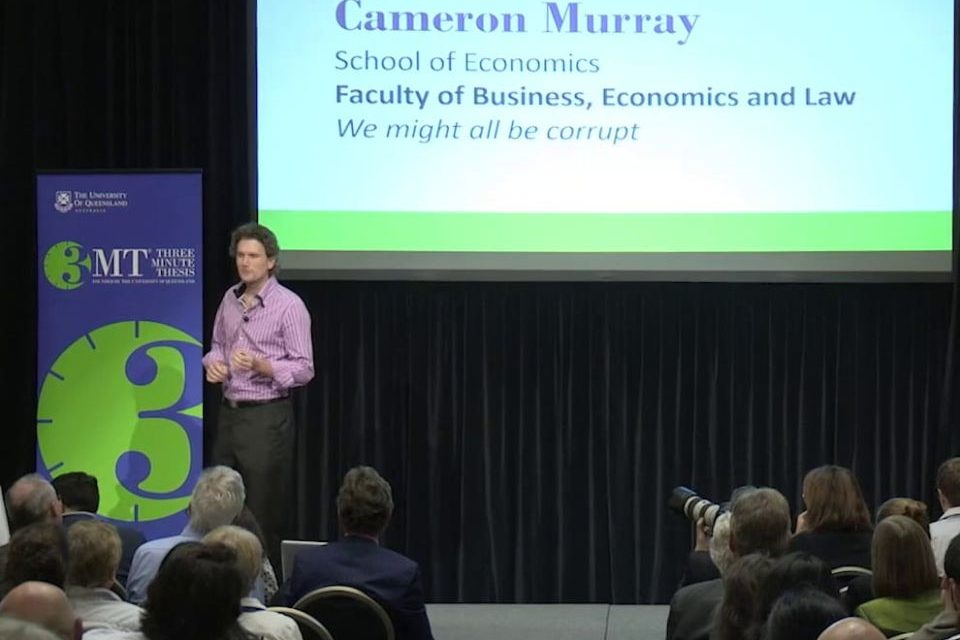 As part of the Westender’s election coverage, we have sent each candidate a list of questions regarding their policies, philosophy and voting intentions. Here is the response of Cameron Murray of the Sustainable Australia party.

I have been a professional economist involved in policy making and implementation in Queensland, and also extensively studied political favouritism in the State which culminated in a book I co-authored called Game of Mates. I have numerous effective anti-corruption proposal ready to go, and a vision for an economically diverse and productive Queensland.

Fine. I have lived here for 12 years and think I know pretty well the general spectrum of quirkiness that exists in the area.

Two main ones are to sell new development rights to landowners at a 25% discount on market value. This would recoup over $2billion per year across the State and remove the valuable favours able to be given to politically connected landowners. It also removes much of the incentive to seek out additional density and development rights if they need to be paid for.

Another way is to simply focus policy on creating a more sustainable rate of population growth. This can be achieved at a State level by tightening up the State skills shortage lists that are an input to the visa system, just as Western Australia has recently done, cutting their list down from 178 to 18 occupations. States can also push back against the Federal government push for extremely high migration. For perspective, if Australia had the immigration rate of Canada (the second highest in the developed world) over the past 10 years, we would have 1 million fewer people – that’s three Canberras. It’s a very easy way to ensure there is sufficient open space, slow well-planned development, and plenty of protected wildlife habitats in and around out cities and towns.

Donations are fine if they are transparent. However, they can be a distraction from the bigger picture of how political influence in pedalled. I would accept money from any publicly-named private individual, even if their primary occupation was as a property developer. It is unlikely that they would even try and donate to me given my strong position in favour of completely removing the economic gains from their land-banking racket.

Yes. I can’t make any promises at the moment, unfortunately.

I stand against Adani. It is 2017 and the era of coal is over. We need to move beyond coal as currently-utilised deposits are drawn down. Investing in renewables to accelerate a complete transition to 100% is the only sensible option in my view and one that is easily compatible with cheap electricity.

I genuinely have no idea. Each party seems to be saying it will benefit them, but there is a major movement away from major parties these days.