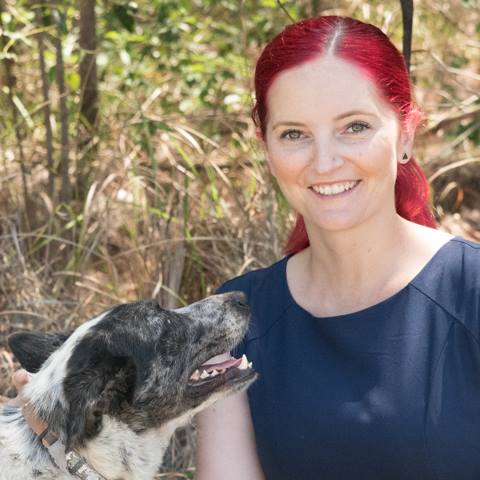 As part of the Westender’s election coverage, we have sent each candidate a list of questions regarding their policies, philosophy and voting intentions. Here is the response of Karagh-Mae Kelly, Independent candidate for Animal Justice Party.

I am running as an independent for the Animal Justice Party. I am an active member of my community here in West End and work in the city as an investigator. I sit on the board for a women’s refuge where I have implemented a successful animal foster care program. I have been on the Animal Justice Party QLD committee for three years and believe my experience, value system and passion is what politics needs.

I agree that West End is a very progressive area that’s why I live and work here and I believe I reflect the progressiveness that the electorate is looking for. Therefore I am interested and open to listening and collaborating with various groups on how to improve our community.

The Animal Justice Party has just launched a land clearing policy which calls for conservation as a core and consistent principle in all planning legislation. This means no loop-holes on conservation requirements, whether it’s plans for a small metropolitan block of trees that provides homes and food for wildlife, or the clearing of hundreds of acres of dense forest. No exceptions.

We need to reverse deforestation in QLD. Out State is in the worlds top 10 list of deforestation zones. Our koalas are near extinction. Our reef is dying. It is time to stop the overdevelopment of QLD.

The Animal Justice Party will end ‘tick and flick’ boxes when it comes to wildlife and the environment with no real substance, enforcement or penalties. Requiring a couple of wildlife spotters present to observe is not good enough, the community want mores. We will introduce and enforce a strict duty of care for all animals sitting on a property going through a change in use of the land. This will promote considered development and stop the wanton destruction oh=f habitat for the sake of new homes, roads and estates. This needs to stop, the community watches this all the time and are never listened to – we cannot clear any more habitat.

To me the idea that affordable housing needs to be part of new developments is completely obvious. We also need to stop discrimination against tenants with animals to stop the number of animals being abandoned in shelters. The increase in renters means people deserve not the only right to keep their animals but legislation to protect them

More tiny vertical apartments means more companion animals are kept inside without proper care or social interaction. If we applied this behaviour to another person it would be called abuse. Our cities are not people or animal friendly. Animal-friendly green spaces where people can take their companions, enjoy some air and connect with the neighbours should be mandatory in planning. Happy cities, with low crime rates, are cities where green spaces are not only encouraged but part of future plans.

Current inner city planning schemes cause havoc on our limited native wildlife. We need to promote the use of native plants so that we are encouraging wildlife back into the urban environment. I am so sick of the same grass shrub outside every development here in South Brisbane. It is a cheap and nasty cop out to what a beautiful part of the world it is here, and we need to demand a better standard for not only the residents but the wildlife that we have displaced due to human development.

Green spaces are much more than laneways or cafes with chairs on a street. We can make our cities safe, healthy and welcoming to humans, their companions and wildlife. The definition needs to be strict and robust. I would seek the help of planning and conservation experts, some of which are here tonight when interpreting and commenting on state wide development legislation and proposals.

The Animal Justice Party has a key principle of “equality” and we believe that everyone should have access to affordable housing and infrastructure. Inner city living shouldn’t be a luxury.

The current infrastructure and town planning and development in peri-urban regions is pushing people further out into the suburbs and having them commute hours a day. This does not promote a healthy city, healthy families or good mental health.

To me the idea that affordable housing needs to be part of new developments is completely obvious. We also need to stop discrimination against tenants with animals to stop the number of animals being abandoned in shelters. The increase in renters means people deserve not the only right to keep their animals but legislation to protect them.

I live and work in this community with my rescue cat. I am not yet a home owner, so understand first-hand the difficulties of affordable housing, and I want a better, more sustainable and more equitable future for all. To me, the idea that affordable housing needs to be part of new developments is completely obvious. We also need to stop discrimination against tenants with animals to stop the number of animals being abandoned in shelters. The increase in renters means people deserve not the only right to keep their animals but legislation to protect them.

I don’t think the restrictions on political donations has gone far enough. Any large organisation who donates money is expecting something. I would like to see an increase in transparency in political donations so that businesses that do have an ulterior motive are called out.

The Animal Justice Party provided each candidate and party 30 questions on 10 animal and environmental topics. From the answers given we have decided our preferences based on evidence, as I believe preferencing should be done. Some candidates and party’s did not respond and this is evident in my preferencing.

I would be prepared to enter into discussions with other parties however we wouldn’t digress from our key principles.

I and the Animal Justice Party are firmly against Adani and it is listed on our ten point plan for QLD that we will put a stop to it because we know that the Great Barrier Reef is dying due to mining, development and animal agriculture. The mine itself is also an environmental catastrophe and the promise of rural remote employment that the mine will provide is questionable. It’s time the QLD Government supports transitions into more sustainable and ethical industries.

I believe the community is tired of career politicians and are looking for a change. I don’t think the boundaries of the electorate have much to do with the outcome, I believe it is the community calling out Government and hoping the person elected for South Brisbane holds true to their key policies and morals.

I would like to highlight the importance of voting for independents. Although we may not win the seat we shine a light on issues within the community and drive real change.