Rally fights for public parks in the West End 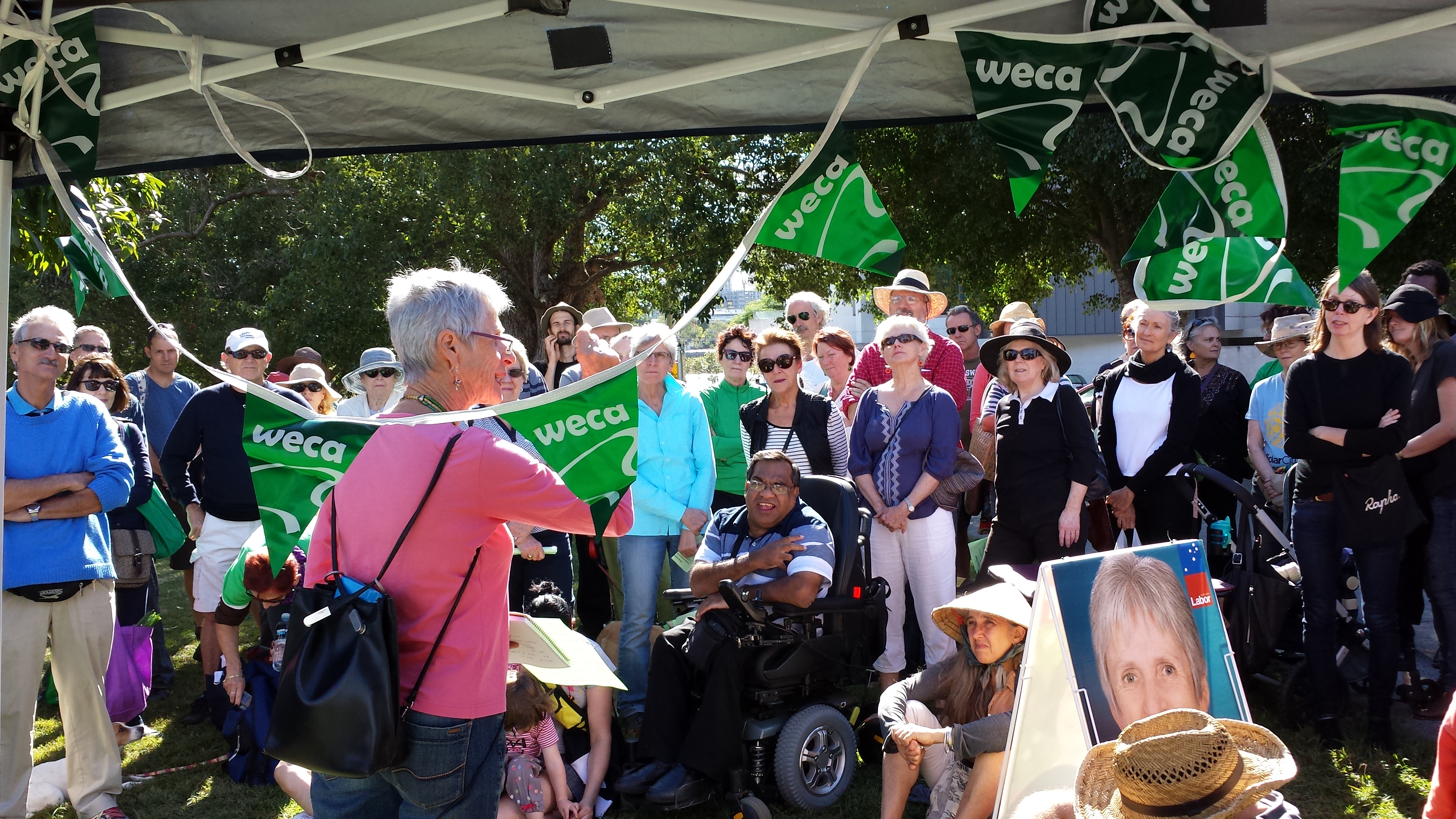 Over 100 local Westenders attended a Fight for Public Parks rally in Davies Park on Saturday 7 June.

I caught up with Cr Abrahams before the rally and asked her what she hoped it would achieve. She said the most important thing is to inform people about what is happening under the current Brisbane City Council Administration. “They’re increasing the number of people they propose to put into the West End and they are reducing the amount of parks…” she said. 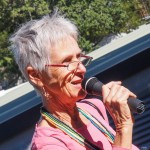 Cr Abrahams said the current city plan proposes seven new parks for the West End and South Brisbane, but that the new City Plan, which comes into effect on July 1, 2014, removes four of those parks and replaces them with plazas. Plazas she said, are not parks.

A number of local residents also spoke with me at the rally telling me they are concerned that parks and infrastructure are not keeping up with growth into the region. Click here to listen to residents who attended the rally 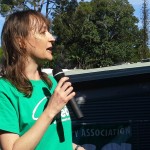 West End Community Association President, Dr Erin Evans kicked off the rally with an appeal to residents to sign an e-petition to the Brisbane City Council which asks Council to honour the plan for parks in West End, and to not replace them with plazas. A plaza, Dr Evans said, is not a park. “A plaza is privately owned land, it’s paved, and it’s probably got cafes around the sides, it is actually probably more for pedestrian corridors, rather than open spaces”, she said.

Stressing the importance of public parks as opposed to plazas, Dr Evans said that as the population grows at the projected rate, 89 percent of people in the area will be living in apartments, and many of those will be families with children. “We need the public space, we can’t just get what the developers leave over”, she said. 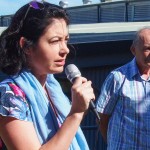 Terri Butler, Federal Member for Griffith, told the crowd that Westenders are not alone in their struggle, and that residents in Bulimba, Kangaroo Point and Coorparoo, are all facing development issues. She stressed that the question is not one of being pro or anti-development, “… it’s one of wanting sustainable development that takes into account the needs of the local residents into the future.” Parks, she said, are not a trivial or peripheral issue, “This is an issue about the quality of life of residents in our cities, and that should be front and centre on the agenda of all politicians”, she said.

Local Resident and Adjunct Associate Professor in Urban and Regional Planning at Queensland University of Technology, Phil Heywood, outlined seven ways in which he thinks residents can advance the cause of parks for the West End. “By talking to friends and neighbours…, attending demonstrations like this, signing petitions…, writing blogs, for those that way inclined, sending emails.., using social media, making your voice heard in community associations like WECA, the West End Trader’s Association, and Parents and Citizens Associations, and political parties; all political parties”, he said, adding, “We want a suburb that remains open for people, not just for big business”. 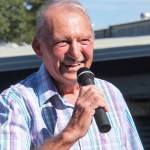 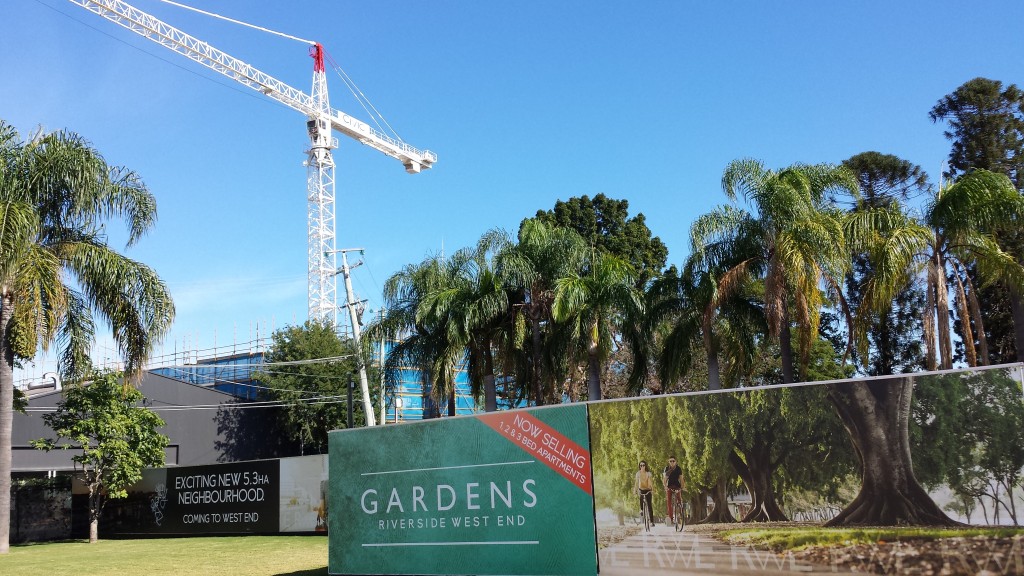 “I think the council, the government, should make the developer create some green space, instead of having little spots of green space”, Mr Tsimpikas said, citing as an example, the site at 68 Vulture Street, which he said will be compulsorily acquired to make a 940 square metre park.

“I think that’s negative…” Mr Tsimpikas said, adding, “With all that, I want green space myself, but that’s got to be the responsibility of the developer coming in here, because he has to satisfy the people that buy the units….They want green space, they want to put their feet on the grass, so I think we can work together…”

I am seeking a comment from Cr Cooper about the City Plan and the Council’s planning process.