A Role Model For Scott Morison? 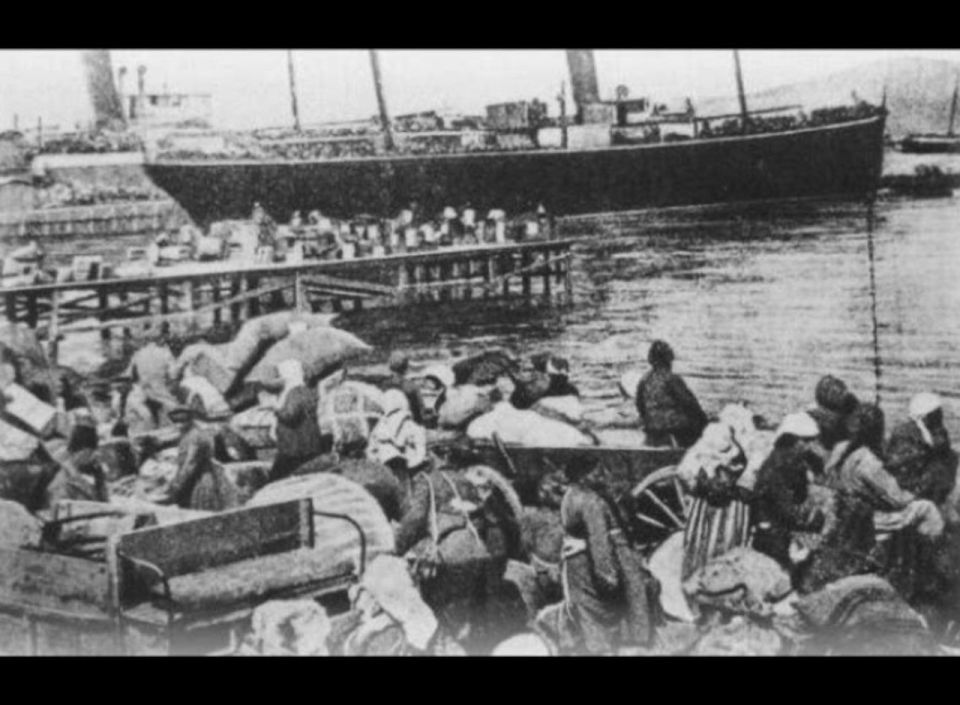 The harbour at Smryna.

Very little is known about Asa’s childhood. And, according to Giles Milton, Asa grew up to be a very unremarkable adult. Giles said Asa was a ‘shy individual, five feet tall and diminutive of build, he wore large glasses and had an uncommonly large mouth’. And ‘when he smiled he looked like a frog’.

In spite of his shyness Asa studied to become a pastor and was ordained as a Methodist minister. Even then it was said of him, that as he was a ‘hunchback’ – ‘suffering a double curvature of the spine’- and Asa ‘would never get any appointment on account of his size, his looks, his airs or his oratory.’

Smyrna, now known as Izmir, at the time was one the most important ports on the Mediterranean, the entrepôt for trade between Europe and the Ottoman Empire and a large cosmopolitan city where Greeks, Armenians and Turks created a peaceful sophisticated multi-ethnic, multi-faith society like London today. The vitality of the two-kilometer long quayside, known as the Quai, symbolised ‘its unique joie de vivre’.

The emergence of the ‘Young Turks’, demanding ‘Turkey for the Turks’, led to attacks on non-Turks and conscription of Greeks and Armenians into brutal ‘arbeit-macht-frei’ type Turkish labor battalions. So after the Great War, when Turkey was defeated along with Germany, with the support of the UK, the USA, Italy and France, Greece seized their opportunity to occupy Turkey and ‘restore order’ for ‘Greater Greece’.

In 1919, three years before Asa landed in Turkey, the Greek army had invaded Turkey, using Smyrna as a staging post for their invasion. The Turks were enraged by this invasion and the Greeks’ attempt to annex their territory, and under Mustafa Kemal, later known as Ataturk, formed an army and fought back and, by 1922, had the conquest of the ‘treacherous’ city staging post for the invasion fixed firmly in their sights.

The Greek soldiers, defeated by the Turkish troops, fell back to Smyrna and were evacuated by boat, leaving the majority Greek and Armenian population, of up to two hundred thousand people, totally unprotected. As the Turkish forces advanced, killing and looting, hundreds of thousands more defenseless civilians streamed into the city from the surrounding countryside seeking for protection that wasn’t there.

When the Turkish forces assaulted Smyrna they began to massacre the Greeks and Armenians. The city’s European and American watched in horror, helplessly. On September 13, the Turks set fire to the city and ‘the entire population was now in danger of being burned alive’ in one of the greatest conflagrations in history.   Despite not being an ‘old hand’ (having only recently arrived) and not being a ‘leading citizen’ (having only recently taken on the humble role of an assistant secretary), Asa knew he needed to act.

Asa jumped into his YMCA Chevy and drove through the carnage to the Turkish Army camp and pleaded for a meeting with Mustafa Kemal. Mustafa ‘was a legend among the Turks. He had defeated the British (and ANZACs) at Gallipoli and organized the Nationalists into a party representing the Turkish people. His word was law, and he could order the execution of anyone. By contrast, Asa was a 5’3” hunchback with no title, staff or resources at his command’. But Asa had ‘great faith’, a disarming smile ‘that allowed him to make friends with everyone he met’. And he was ‘quick and creative’, ‘pragmatic and persistent’.

Asa implored to be allowed to save the lives of the 350,000 Greek and Armenian refugees on the Quai. Mustafa agreed to allow Asa to evacuate all the women and children, and men below 17 and over 45, but men of military age had to be sent to labor battalions, (so not to come back with another army.) Asa was given one week to complete the evacuation, but not authorized to allow rescue ships to dock on the Quai.

Having got the best deal he could get, Asa went by boat to beg the ships in the harbor to take refugees. The French refused. The Italians agreed. (Once Asa paid them the bribe they demanded.) But it wasn’t nearly enough. When a Greek ship arrived, Asa begged them for help. But they refused. Even though 300,000 of the refugees on the Quai were Greek. This infuriated Asa, so he contacted the Greek Prime Minister by radio. The Greek Prime Minister refused, saying they feared the Turks would capture their ships and use them to invade the Greek Islands. This infuriated Asa even more, so he told the Greek Prime Minister that if he did not send ships immediately he would tell the whole world that the Greeks had callously stood by and allowed the Turks to kill 300,000 of their citizens when they had had the chance to save them. At that, the Greek Prime Minister placed all Greek ships in the area under Asa’s command to conduct the rescue.

‘All ships in the Aegean (are) placed under your command.’ Asa couldn’t believe his ears. He had been appointed Admiral of the Greek Navy and ‘all I knew about ships’ he said ‘was to be sick in them.’ But by midnight that night Asa, on the bridge of the Propondis, was leading a small fleet of ships to the rescue. Over the next week or so, with the help of seventeen ships, Asa ferried refugees day and night from Smyrna to Mytilene. And he ‘continue(d) his work until there was not a single person left on the quayside awaiting rescue from the charnel house of Smyrna.’ He ‘had rescued some 350,000 from almost certain death’

Once the rescue from Smyrna was completed, ‘Turkish officials authorized Asa to take ships to all ports from the Black Sea to Syria. The new Greek Government expanded Asa’s fleet to fifty-five ships.   By December 500,000 people had been removed. The Patriarch of the Eastern Orthodox Church stated that 1,250,000 people were removed to safety before the rescue operation was completed’. In Greece everyone ‘recognized him with his hunchback and called him “Admiral.” Wherever he went in Greece, people would kneel before him like the Host was being brought down the street.   People would kiss his hands and feet’.   The Patriarch of the Eastern Orthodox Church awarded Asa the Golden Cross of Saint Xavier and, for the first time in Greek history, the Greek Government conferred the Medal of Military Merit at the same time.

After the war Greece and Turkey needed to negotiate the release of prisoners of war. But Greece and Turkey did not recognize each other, let alone trust each other. The only one they both trusted was Asa. So in negotiations over repatriation of their respective POWs, the Greeks appointed him to be the diplomat representing Greece and the Turks appointed him to be the diplomat representing Turkey ‘Perhaps unique in history, one person was representing two countries at war to negotiate a settlement of a critical issue.’

Both Greece and Turkey asked Asa to stay on in their countries to do humanitarian work. As he considered Turkey to be the more under-resourced and the more under-developed, Asa opted to work in Turkey. Mustafa Kemal, now the President of Turkey, asked Asa to establish community organizations in Turkey modeled on the YMCA. In order to avoid any appearance of proselytization, Asa rebadged the YMCA in Turkey as The American Friends Of Turkey, which, with an advisory council of Turks, provided vocational training programs and recreational sporting programs ‘to teach competition without killing’.