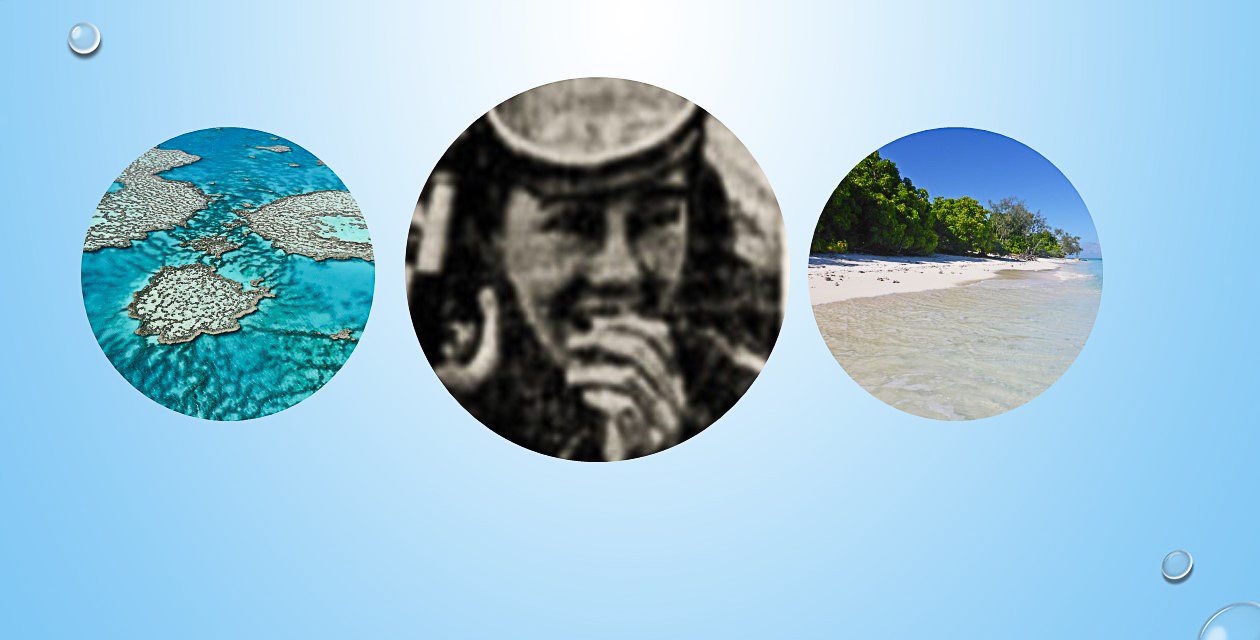 The search for mysterious ‘nature girl’, Terry Ridgway, began for Associate Professor Kerrie Foxwell-Norton with her reading of Judith Wright’s The Coral Battleground. In her book, Wright acknowledged Barry Wain, a Brisbane correspondent for The Australian, for supporting efforts to save the Great Barrier Reef.

In the process of researching Wain’s journalism, Kerrie Foxwell-Norton discovered a 1966 report published in regional newspapers in the United States about a young woman Wain referred to as, ‘the girl Robinson Crusoe’, and ‘nature girl’.

In his story, Wain talks about the bikini clad 19-year-old Ridgway choosing to leave her typing job in Brisbane to live on a remote island off the North Queensland coast, to “think, and study fish”. Ridgway, he writes, had lived on the island for six months when Wain found her, having settled in a hut with her books and her cat Thomas, surviving on fish and wild fowl, and on vegetables she grew herself.

Wain’s story is all Kerrie Foxwell-Norton and her colleague, Dr Deb Anderson, know about Terry Ridgway, but the story inspired them to hunt down more clues.

The two researchers were announced winners of the State Library of Queensland’s John Oxley Library Fellowship this week for their project titled, The Women of the Great Barrier Reef: the untold stories of environmental conservation in Queensland.

During their project, now enabled by their prize of $20,000 and a 12-month residency, the researchers aim to uncover Terry Ridgway’s full story, but they will need the assistance of the community, Dr Anderson told me.

“We would love to be able to contact anybody, perhaps a family member, or someone who knew her, or worked with her? That would be a fascinating story to tell.”

“We know from the article by Barry Wain, that she used to go in and talk to the scientists on Heron Island, every week or every couple of weeks.”

Tracking details such as this is where the John Oxley collections are so important, Dr Anderson said.

“The minute we met with the staff at John Oxley Library, we were excited … because we could see that these women absolutely got what we are aiming to do.”

As an outcome of the project, the team hopes to produce some oral histories, perhaps a podcast, and later a book. On accepting the award, Ms Foxwell-Norton spoke of the importance of elevating and amplifying women into positions of power and influence, as we face ecological and climate crises. So, the project will also tell the ‘uncelebrated’ stories of a range of women who have worked for the conservation and protection of the Great Barrier Reef.

“We will be really trying to discover the louder and quieter voices who’ve been involved in the contribution of knowledge to, as well as the conservation of, the Great Barrier Reef, from about Terry Ridgway’s era of the 60s to the present,” Dr Anderson said at the Awards ceremony.

“So, thanks very much to the State Library of Queensland and to the John Oxley Fellowship – we look forward to reporting back on all the wonderful women we found,” Ms Foxwell-Norton said. 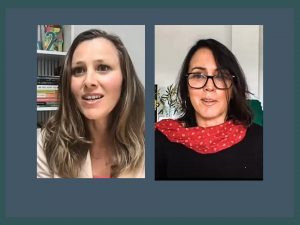 The Queensland Memory Award prize was one of eight fellowships and awards, collectively worth $60,000, announced by State Library.

The winner of the John Oxley Library Honorary Fellowship Allison O’Sullivan will also explore a little know facet of our history by uncovering the fascinating travel diaries of colonial women.

Minister for the Arts Leeanne Enoch said in a statement that the Queensland Memory Awards acknowledge the achievements of individuals and groups dedicated to preserving our stories and cultural history.

“This year’s winners will help reveal important insights into the documentation of the often unrecognised contribution of women to our collective history.”

“Coincidentally, all of this year’s winners are women. The winning projects focus on leading and little known Queensland women who have helped to shape our shared past.”

“I congratulate all the winners for their inspirational dedication to research and valued contribution.”

State Librarian and Chief Executive Officer Vicki McDonald said the judges were impressed by the high calibre of applications this year, demonstrating the ongoing passion for Queensland history.”

“I am particularly pleased to announce the winner of the inaugural Monica Clare Research Fellowship, Dr Fiona Foley.”

“Monica was the first Indigenous woman to have a novel published. Her book Karobran (meaning ‘together’) was published in 1978, five years after her death.”

The Queensland Memory Awards are made possible by the support of donors through the Queensland Library Foundation.

“For the first time in more than 50 years, Ms Ridgway has told what really happened when she gave up her typist job in Brisbane in the early 60s to live on North West Island, 75 kilometres off the coast of Gladstone in central Queensland.”

Responding to this story published by the ABC today, “Queensland’s ‘Girl Robinson Crusoe’, found alone on an island in the 1960s, re-emerges to tell her story“, Kerrie Foxwell-Norton said:

“We are thrilled! I spoke to Terrie yesterday and we are meeting in person in the next few weeks. I was actually quite emotional to finally speak to her and she was everything and much more than we had imagined. Wow…what a woman of the Reef!

“Amplifying Terrie’s story and those of other women of the Reef is precisely the ambition of this SLQ John Oxley Fellowship. In bringing her story to the fore of Reef memories, we remember women as powerful, authoritative and influential characters who cared – and continue to care – for the places that as Queenslanders, and as a nation, we love and treasure best. Terrie is a wonderful start and we are looking forward to unearthing others as news of our work travels.”

See more about the awards HERE