Selected reflections on when a ‘Chair-Monopolizer’ comes along 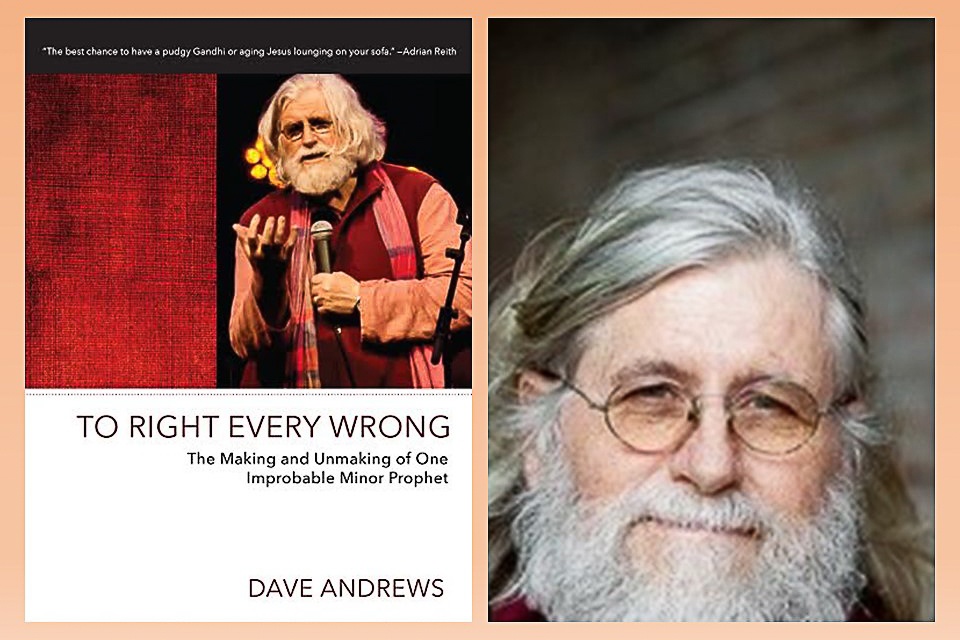 At any point in time I have this little stack of books I want to read. Usually there is a certain (sequential) order in mind, but when I am in peak form with my reading, books tend to be assigned to different chairs in the house … and I read them all at the same time.

However, every now and then, a queue-jumper, a chair-monopolizer, comes along. All my reading energy, in multiple chairs, goes into the one book until it is finished. This book is one such book. Goodness me, I interrupted the reading of a book, in my comfy lounge chair, on ‘the making of New Delhi’ in order to engage this book. That says something.

Speaking of New Delhi, this is where I got to know Dave and Angie Andrews. I was in my early, impressionable, teenage years and my parents loved having these two hippies visit, even stay for a few days at a time. They had quite the impact on my siblings and me. At one point in his story Dave includes, and honours, my parents. I was so touched by this discovery, in this the tenth anniversary year of my father’s death. It also brought back memories of how Dave and Angie came across from Brisbane to Auckland, a few months before Dad’s death, just for the little launch of the book that was written on Dad’s life.

I delighted in the structure of the book. Enfolded within briefer sections on The Personal and The Paradoxical, the reader finds a far lengthier section, The Prophetical (22-213). These pages would not only provide a stirring conversation-partner for a course on the “Old Testament Prophets”, but also ones on “Leadership in Today’s World”. Dave divides much of this section into the four ‘prophetic roles’: The Prophetic Interrogator (45-55), The Prophetic Protestor (55-119), The Prophetic Practitioner (119-176) and The Prophetic Inspirator (176-213) … and then into these vessels are poured story after story.

The reference points for the stories tend to be the three intentional communities, each with their own distinctives, to which Dave and Angie have belonged: Dilaram and Aashiana (in Kabul and Delhi) and Waiters Union (in Brisbane).

There is a particularly ‘purple patch’, commencing from page 90. Stories of ‘advocacy’ for religious minorities flow into stories of ‘dissenting’ to war, notably his protest at finding ‘a big, brutal, firepower, fighting vehicle’ (104) — i.e. a tank — outside a ‘military tent’ at an Easter festival! Stories of ‘disrupting ecclesiastical business’ — where he does his bit to ‘enrage’ conservative churches, like when he rips out pages from Matthew’s gospel because they were ignoring the subversive shock in a parable contained therein…Then we move across to the next prophetic role, ‘the prophetic practitioner’ and leading the way are stories about radical hospitality, including some of the most compelling stories in the book, as well as the reference to my parents (124) — at which point I also paused to give thanks for them, as well as take a breather from the intensity of it all! [And although ‘it is cringe-worthy now’ (126), I loved Dilaram Freaks Part 1 and Part 2 on YouTube because I can see and hear Dave and Angie, as I remember them from those Delhi days almost fifty years ago].

The descriptions of the genesis and rhythms of the three communities were a highlight of the book for me, especially the Aashiana story (133-153). It is not difficult to see why this vision and these values still capture the imagination of people. It is such a compelling, even intriguing, way to be Jesus to each other for the sake of the world… Interestingly, at an age not dissimilar to Dave and Angie’s age when they landed on my parents’ doorstep in Delhi, two of our sons have lived in similar communities here in Auckland, with Dave and Angie as mentors in the background.

I was drawn to the way Dave describes how he continues to evolve over time, especially in ‘transitioning from a confronter to a carer’ (227-228). Fascinating. He says: ‘A “confronter” is for people, but detached from them, while the “carer” is not only for people, but also attached to people. A “confronter” tends to defend people in his or her care, while a “carer” tends to befriend people in his or her care. A “confronter” also tends to be more strong, assertive and direct in dealing with the issues that she or he has with people, while the “carer” tends to be more gentle, attentive and indirect. So making the transition from “confronter” to “carer” means that I need to be totally transformed and become a significantly different person than before … In becoming a “caring” prophet rather than a “confronting” prophet, I am committed to playing roles that are more those of a practitioner and inspirator — energizing, encouraging, empowering, equipping — and less those of an interrogator and protester — criticizing, censuring, convicting and condemning (228).’

Thanks to Dave and Angie, but also to my parents who welcomed these hippies into our home all those years ago.

If you can cope with the fuzzy video and the scratchy sound of the launch at Avid on Zoom, you may enjoy Theo Masselos leading the evening; Andrew Wilcox, Steph Dick, David Fittell and Peter Branjerdporn bringing some of the songs from the book to life; Charles Ringma, Susan Pickering and Tim Burns sharing their delightfully idiosyncratic reviews of the book; and Dave answering challenging audience questions about the book.

‘To Right Every Wrong’ can be bought from the Avid Reader Bookshop or online.

Dr Paul Windsor, was the Principal of Carey College, Auckland, New Zealand is currently a Director at Langham Partnerships and is based in South Asia.