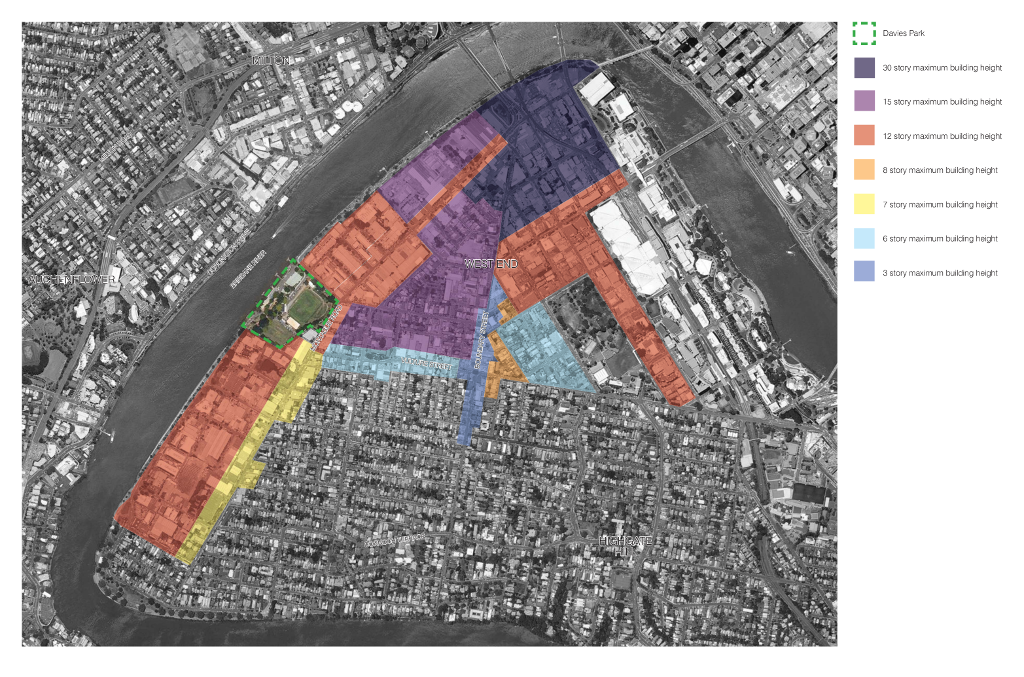 Four new parks are to be delivered as part of the high rise development of the Parmalat site, the ACI site, the Absoe site and a third site south of Davies Park – the Lord Mayor recently identified Bailey Street as the location.

The other two parks require the acquisition of land at 68 Vulture Street and 281 Montague Road, so expanding Davies Park.

Council has issued a Notice for Compulsory Acquisition of 68 Vulture Street, triggered by the lodging of a development application on the site. The design of this park will be critical to ensure it becomes a well-used community space.

The Absoe site and Bailey Street are renamed “Plaza”. The definition of a Plaza is “privately owned open space that is publicly accessible during hours of operation”. Privately owned land that can be closed is NOT a public park.

The intention to acquire 281 Montague Road has been deleted from the draft New City Plan. This is a serious blow and efforts are being made to turn around this LNP decision.

There is another twist to new West End parks. The existing City Plan states where development sites are equal to or greater than 10,000m2, a minimum of 20% of the site is publicly accessible. The most recent Pradella approval failed to deliver this publicly accessible open space.

Local residents are mobilising. They are seeking a meeting with Lord Mayor Graham Quirk to invite him to a public meeting to explain his intentions.