Souths 2015 Season off to a flying start 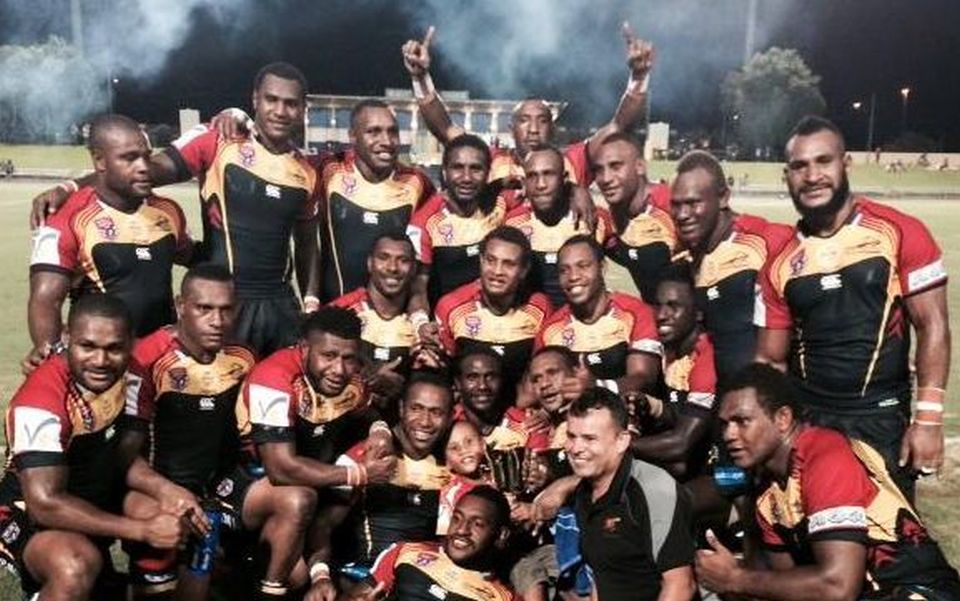 Souths Magpies RLFC to host PNG Hunters in the first home game of the 2015 season.

Davies Park, West End, is the place to be on Sunday 8th March when the mighty Magpies take on QRL newcomers the PNG Hunters.

The Hunters had an impressive debut to QRL in 2014, with an impressive 14 wins in the first season, and are expected to give the Magpies a bruising start to the new Rugby League year.

The Hunters’ expansive, no-holds-barred style of play in the Intrust Super Cup season in 2014 won them a lot of fans across Queensland, but the QRL’s head of competitions, Jamie O’Connor, says their impact has been felt greatest in PNG.

O’Connor was one of the key figures from the QRL in ensuring the inclusion of a team from PNG went from dream to reality, and said the greatest satisfaction he has drawn ahead of their second season is how it is impacting youth in PNG.

“It was an opportunity for us to give the people of PNG access to a level of football that would see their whole national program from kids to Kumuls advance,” said Jamie. “They saw it as vital to their Kumuls program and the development of that but also vitally important to their junior and schools programs.

“It gives kids all across the country that vision that they can push through a junior or school program, come into the talent ID programs of the Hunters and the Kumuls and gives them access to be able to progress.

“It goes into social welfare as well and giving the people of PNG something to look forward to on a week-to-week basis from a rugby league perspective.”

Souths Chairman Jim McClelland is also looking forward to the 2015 Season, after partnering with the Brisbane Broncos.

The Magpies have ditched their partnership with the Canberra Raiders for the Broncos after the Raiders refused to send any players to the club next season.

The Raiders told Magpies chairman Jim McClelland they would be sending all players to their other feeder club the Mounties in 2015 but would return to Queensland in 2016.

McClelland feared the Magpies wouldn’t be competitive and the Raiders wouldn’t return to them anyway, so he reached out to Broncos chief executive Paul White.

White said the deal was a major benefit to the Broncos and Souths Logan and complements the Elite Player Development Academy they are building in Logan.

“It is a great opportunity for us to solidify and expand on what we have been doing in Logan,” said White.

“Souths came to us. We were surprised by their approach but felt it was a great opportunity to provide local talent in that region a way to stay there and learn the game.

“The Logan area has a rich league history and is an important region for the code and we want to be part of it.

“We feel this will help Souths out and we are committed to helping them.

Souths Chairman Jim McClelland admitted there was previously tension between the two clubs over Anthony Milford defecting from the Raiders to the Broncos.

“There was major tension but credit to the Broncos they didn’t hold on to those issues from the past,” McClelland said.

“It is an emotional game rugby league. I told Paul White and Wayne Bennett we would give them 100 per cent support as we had to the Raiders.

“It was difficult to leave the Raiders. They have been good to us.

“We hung in there with the Raiders but now is the appropriate time to move to the Broncos.

“Misplacing kids from the corridor of Brisbane to Canberra or Sydney … it is a massive thing for the kids to move.

“Now the kids can be with their mum and dad in their late teen years when they need them.

“The important thing for us is being able to develop kids and give them an NRL opportunity and most of them want to play for the Broncos.”