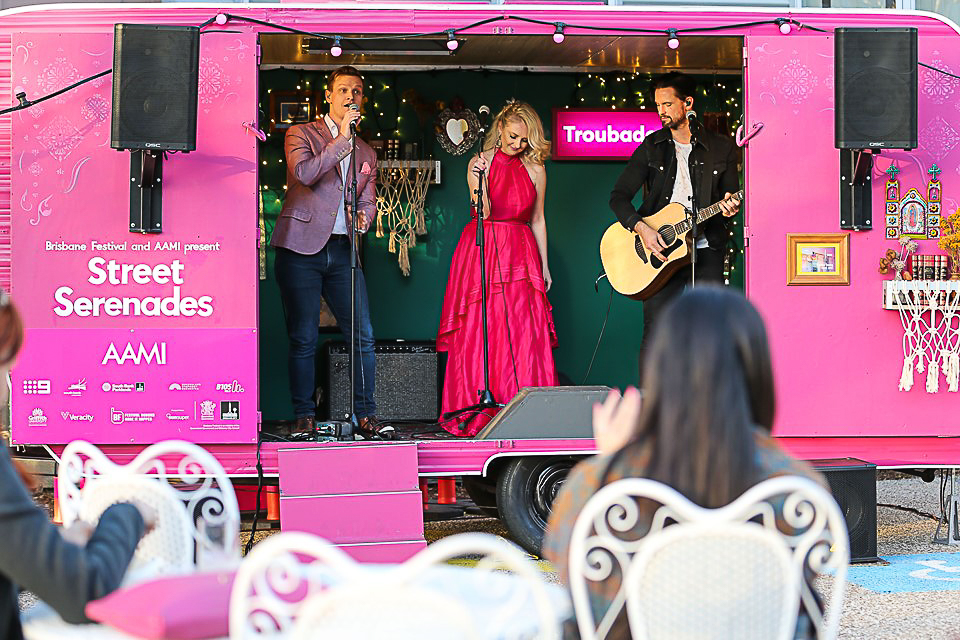 Local residents have the opportunity to host concerts featuring homegrown talent in the streets of Brisbane this September.

Applications are now open for locals to participate in the Street Serenades: At Our Place initiative, partnering with communities to bring live music and creative workshops to neighbourhoods.

Events will include a mix of cul-de-sac concerts, street parties, park performances, and entertainment in community spaces such as open-air car parks, sporting fields and public piazzas.

Lord Mayor Adrian Schrinner said the Street Serenades will allow communities to come together and celebrate after COVID-19 lockdowns.

“I know residents will be thrilled to throw their support behind our city’s best homegrown talent after a tough year for the music industry and I encourage everyone wanting to see Street Serenades come to their neighbourhood this September to get in quick and nominate now.”

Applications for suburban hosts are free and close April 30 with chosen suburbs to be announced in July as part of the Brisbane Festival program launch. 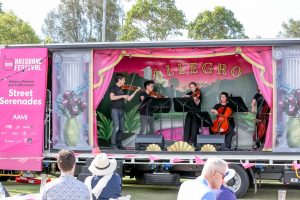 Gabba Ward Councillor Jonathan Sri has encouraged The Gabba community to get involved.

“Brisbane Festival is seeking local champions who’d like to see a free gig happen in your street or local park in September as part of Brisbane Festival, an event like this could be a good excuse to close off the end of a road for a street party, and bring friends and neighbours together,” he said.

“I’m hoping that quite a few streets around our ward will put their hand up to host a gig or drama performance, and perhaps even turn some of the pop-up gigs into larger community events.”

After a successful debut in 2020, Minister for the Arts Leeanne Enoch said this year’s performances will be bigger, with local artists taking to the streets of 190 Brisbane suburbs through September.

“The program will engage more than 4,000 community members through workshops and performances and employ hundreds of artists who will use their expertise to connect communities and individuals through the joy of music and movement,” Ms Enoch said.

“The arts and culture sector has felt the impacts of the pandemic, and that is why events such as Street Serenades and Brisbane Festival are so important for the industry, and for Queensland.” 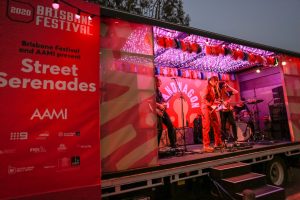 The free half hour performances cover a variety of styles and genres to showcase the creativity and adaptability of Queensland artists and performers, and Brisbane Festival Artistic Director Louise Bezzina said she’s looking forward to introducing locals to some homegrown talent.

“At its roots, Street Serenades is all about bringing people together, building positive community connections, and increasing our interactions with people in our neighbourhood and across the
city,” Ms Bezzina said.

“We hope Street Serenades: At Our Place will encourage audience members to connect with the broader community, feel at home, develop and enhance news skills, and create some serious local pride!”

There is already lots of interest in West End.

Individuals, communities, groups and clubs can apply to be suburban hosts here at the Brisbane Festival website.

You haven’t got long: applications close on 30 April.