Swedish snus as an alternative aid to help with smoking cessation 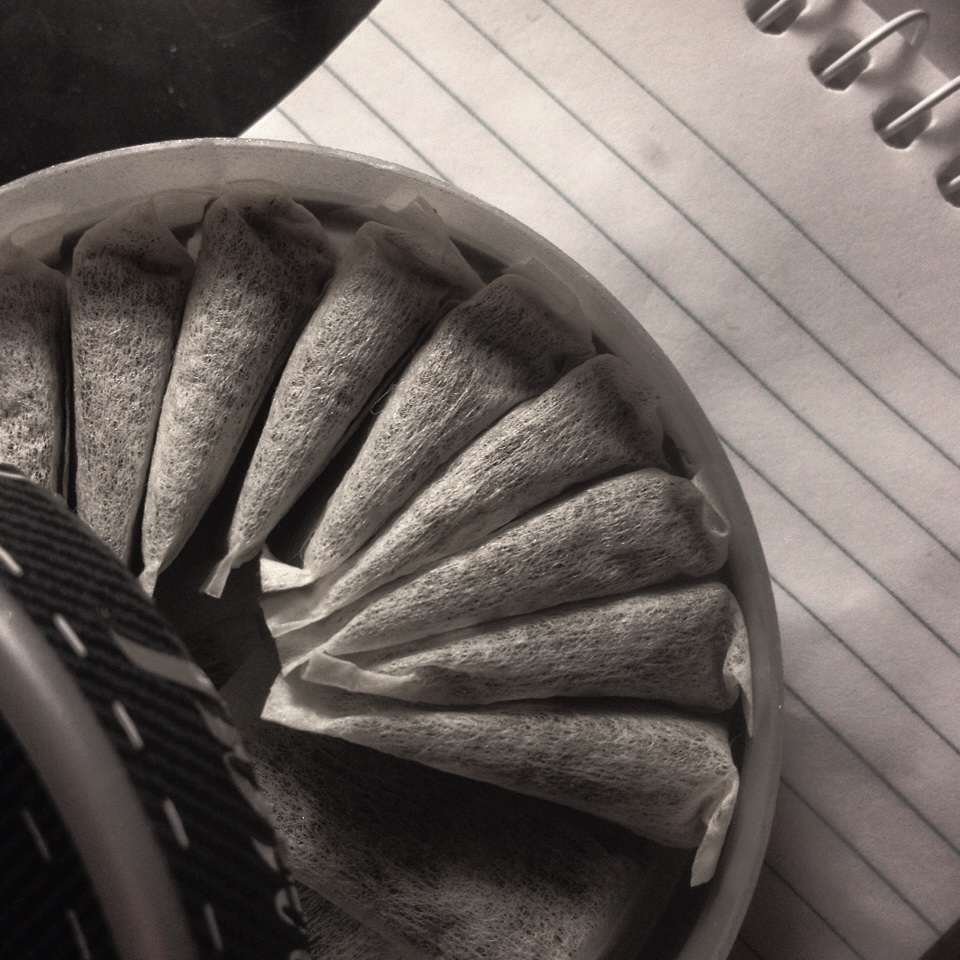 I ran out of Swedish snus (oral tobacco) Friday two weeks ago. This was due to an unforeseen delay of my shipment from Sweden. A delay neither the Swedish or Australian postal service could explain.

Nicotine withdrawal is not a pleasant experience. I became so desperate that weekend I decided to give Nicotine Replacement Therapy (NRT) lozenges a try.

After just one lozenge I had a better understanding why some just give up and go back to smoking. These nicotine lozenges is far from satisfying. Not to mention, they taste awful.

Research has shown that smoking cessation success rate when not using NRTs is at 10%, but when using NRTs it only rises up to 17%.

Plain packaging was introduced last year in Australia to encourage people to stop smoking and to make it less appealing to start smoking.

This is probably the most aggressive smoking cessation approach put into action so far.

It might seem as an exaggeration to call plain packaging an aggressive approach, but in fact there has not been anything more drastic done than this to make people stop smoking.

Except for oral tobacco such as Swedish snus.

In 1991 oral tobacco was federally banned in Australia with seemingly little resistance, as it was claimed that all oral tobacco can cause oral cancer. Even though the Trade Practice Commission advised the science behind those claims were not satisfactory.

Earlier this year a similar struggle was happening between EU and Sweden, where sale of Swedish snus has been banned throughout EU since 1992, but Sweden has been exempt from the ban — for now.

EU tried to impose new rules on what should be allowed to be added to Swedish snus, specifically flavouring, but also trying to put restrictions on tobacco content — risking change to a tradition that is about 200 years old.

Pirate MEP Christian Engström gave a passionate speech to the EU parliament 21 March this year. Saying that plain packaging of smoking tobacco will most likely have an effect on younger people to make smoking less attractive, but might not have a huge impact on those already addicted to smoking cigarettes.

“We also have an obligation to look at what we can do to help current smokers stop smoking,” MEP Engström said.

“Sweden has 13 percent smoking prevalence — the average in Europe is 28 percent.”

The effects of this is that Sweden has the lowest rate of lung cancer and mouth cancer mortality in Europe.

“It is very frustrating that the [EU] commission seems to have decided to ban [Swedish] snus — then it is very selectively reading the scientific reports to gain support for that.”

MEP Engström added that if EU took a harm reduction approach regarding smoking, allowing Swedish snus, it could save about 350,000 lives per year in the EU.

The EU commission were not successful with imposing new restrictions on Swedish snus in Sweden.

I then decided to contact Dr Karl Olov Fagerström who has 20 years of experience in nicotine research. Whom is also supportive of the harm reduction approach, pointing out that a complete ban on products that might help with smoking cessation is counterproductive.

“No one wants to ban cigarettes, yet Swedish snus that is 90-99% less harmful is subject to bans,” he said in an email to me.

This selective reading of scientific research is not unique to EU, as it seems to also be common in Australia.

On the Australian Consumer and Competition Commission’s (ACCC) website it is claimed that all oral tobacco cause cancer.

When I contacted ACCC about this, they responded by saying they “rely on credible scientific research” that is available on NCI’s website. Adding that studies, seven to be exact, on their website are “significant and authoritative.”

Yet now that there is more research available on Swedish snus the EU and the Australian government seemingly ignores it.

Even the Swedish Cancer Council, Cancerfonden, states on their website that Swedish snus is not without risk. However, due to the most recent research that is available they admit not being comfortable claiming that it causes cancer.

Which is a different approach than what Cancer Council Queensland (CCQ) takes.

CCQ also rely on the same information as ACCC sources from NCI and is not accepting of recent research regarding Swedish snus.

CCQ spokesperson Katie Clift claims that Swedish snus is not a safe alternative to smoking.

“There is also no evidence to suggest that legalising snuff would encourage current smokers to quit and take up the alternative,” she claims.

Presumably not familiar with recent, valid and reputable studies that are available, showing that using Swedish snus as an NRT alternative has proven to be successful.

When I challenged these claims by providing these research articles, among others, regarding Swedish snus I was told that the only reliable source regarding oral tobacco and cancer is from NCI.

I asked if I could meet with someone at CCQ to discuss this further, but was only invited to call them if I had more questions regarding this topic.

On the phone, the first thing I was told that the conversation should be considered off-the-record. Not impressed, I still agreed to this as I thought I would be provided with some interesting information.

But alas, the call was a fruitless endeavour, as I was given the same statements again. That research from NCI is the only trustworthy research and any other research that says otherwise is not valid. Which is why I find it justifiable to divulge I had an off-the-record conversation with someone at CCQ.

A similar discourse has also been going on in Norway recently. Where the science that highlights Swedish snus to be successful as a smoking cessation alternative and less harmful than cigarettes has been blatantly ignored.

ENT Erik Zadig was very frustrated with the current discourse and decided to write about his experience with cigarettes and Swedish snus in Aftenposten.

“I have worked as an ENT for 30 years and during that time I have witnessed how smoking have caused cancer; orally, in the larynx, throat and other parts of the body. I can however not remember one single case where cancer was attributed to Swedish snus,” he wrote.

When talking about health and tobacco it is always a bit contested to talk with a tobacco company, but by ignoring them can also be a bit unfair. Which is why I decided to contact the largest and oldest producer of Swedish snus in Sweden, Swedish Match, to hear what they had to say about this.

Swedish Match Manager Public Affairs Johan Wredberg tells me pretty much the same what MEP Christian Engström and Dr Karl Olov Fagerström has already told me, that Swedish snus is far less harmful than cigarettes and even American oral tobacco.

The way Swedish snus is produced results in it containing very low levels of nitrosamines, much lower than American oral tobacco.

“Swedish snus has about 0.8-1.2 parts per million (ppm),” which is below WHO’s suggested level for consumables, 5 ppm.

He also forwarded a journal article to me, originating from Australia, [originally] called Supping with the devil, where the authors argue that allowing Swedish snus in Australia would have a positive impact on smoking cessation.

“Epidemiological modelling based on the Swedish experience indicates that there would be major public health gains if a substantial number of current smokers in other countries could also be persuaded to switch to this product,” Dr Gartner and Dr Hall writes.

This is supported by an article written by Prof. Robert Nilsson from last year, stating that there is no convincing data that shows Swedish snus to be a cancer risk as often claimed.

“A lot of consumables contain low levels of potential carcinogens, such as aflatoxins. When those levels are below a certain limit, those consumable are not labelled as carcinogenic. The same standard should apply to Swedish snus with low levels of nitrosamines.”

There is no secret that the consumption of tobacco products is not part of a healthy, staple diet. Nor is alcohol, but we tolerate moderate consumptions of alcohol and see to it that what is sold follows certain, strict guidelines and laws — such as in Sweden regarding Swedish snus.

This would be the most preferably approach for now. Not banning a product that is less harmful than cigarettes and that can be an alternative aid in smoking cessation.

More importantly, the debate surrounding it should be based on science and facts. Looking at all the data that is available and recent. Not letting choices and the debate be lead by bias and opinions.

The scientific research regarding cigarettes and American oral tobacco is in agreement, that both products are hazardous to your health and have a high likelihood to give you cancer.

The scientific research regarding Swedish snus on the other hand seems to slowly be proving it being less harmful than first thought, and more difficult to prove a strong link between it and cancer. What the researchers do agree on, regarding Swedish snus, is that more research needs to be done before we decide if it is linked to cancer or not.

Lastly, if smokers want to use Swedish snus as a possible smoking cessation alternative, especially if they have exhausted all other options, it should be legally, and easily, available to them. Until it is proven without doubt that Swedish snus is as bad as cigarettes — then we can talk about banning all tobacco products, not a select few as we are doing right now in some countries.