The WECA year that was 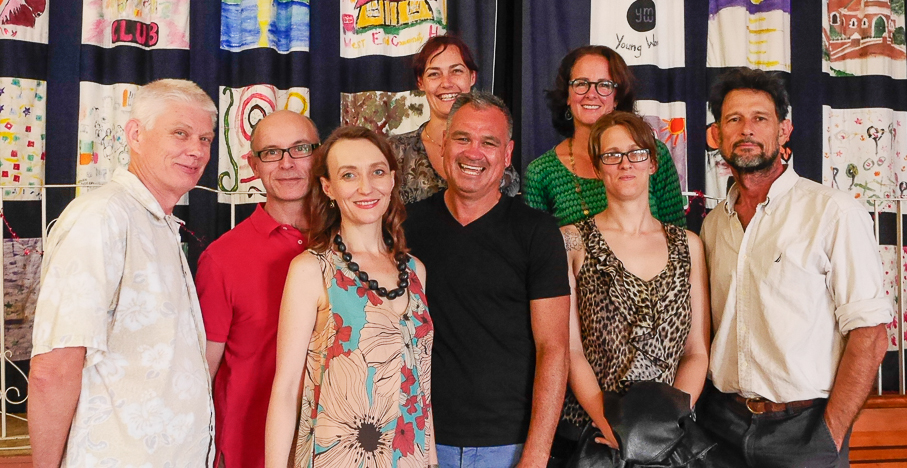 Thanks to all who attended for your continued support of WECA.

David Bratchford was a founding member of WECA, who has been instrumental in many successful development objections in the area and someone who has brought a wealth of knowledge and experience and humour to the work.

Jacqui Walters has worked very closely with Erin in 2015 on just about every WECA action, and she will be incredibly missed for her insightful, clear thinking and measured response.

Erin thanked Darren Godwell for his leadership, guidance and inspiration over many years.

Erin announced that she will be continuing the Committee, and she welcomed the new and continuing Management Committee members Adrian Buzolic, Debra Campbell, Harmonie Downes, Sarah Gall, David Milne and Ralf Muhlberger.

THE YEAR THAT WAS…

WECA was active in speaking out about poor development outcomes from the following issues that include the Kurilpa Draft Master Plan, the former Distance Education site and the former Absoe site.

Erin thanked all who signed petitions and lent their energy and support to achieving a once-in-a-lifetime opportunity. She also thanked Deputy Premier Jackie Trad for committing to consult deeply with the community on new developments. We have recommended the formation of a reference panel of diverse representatives for the development of the area. WECA also made representations and submissions about the proposed new State Government Planning Act, about which it has grave concerns.

In August, WECA collaborated with the KFG on a Day of Action that attracted resident groups from across Brisbane and was a leading member of Brisbane Residents United. A citywide rally in November was hugely successful in bringing together over 40 groups across Brisbane. Additionally, representatives from networks of the Gold Coast, Sunshine Coast and Redlands joined, and the Brisbane Residents United is continuing to collaborate with them for better planning outcomes.

Erin said she is very confident about the quality of relationships the Brisbane Residents United has established based on trust and collaborative spirit and announced plans to run candidate forums in the lead up to the council elections.

In February, WECA worked with Rio Rhythmics on the Carnaval Parade, a fantastic night that for the first time enabled the community to participate in the parade and wear one of the fabulous costumes.

The Kurilpa Local Produce Exchange was established to share locally grown and made materials.

WECA took a lead role in the management of the West End Film Festival (WEFF) this year.  It was a sellout event, thanks to funding from Brisbane City Council funding, to Desi Achelios for her artistic direction and to Steph Vadja and Mike Witt, who delivered the final event. WECA thanks the many volunteers who supported this community event.  The WEFF is now one of the only short film festivals in Australia and is looking at how it may tour and expand in the coming years.  We were successful in gaining Screen Queensland funding for the 2016 event.

Erin thanked West End Festival Director Sarah Gall for a week of celebration incorporating West End’s favourite day out, the Kurilpa Derby.  This year saw the launch of the Beggars Banquet – the brainchild of Adrian Buzolic, who also dreamed up the Derby. Another magical success and WECA looks forward to many more.  We hosted the WEFF Music video awards and many local artist events.  Erin also thanked Helen Abrahams, who has supported WECA and community events from day one, and Jackie Trad and Terri Butler, who have been very generous in their support.

This year WECA also started a series of politics in the pub events in collaboration with The Westender by holding a candidate’s forum, which was a great success. We held a series of events on issues ranging from the importance of independent media, monetary and trading systems and nightlife in West End.  We have continued to advocate for a safe and respectful community.

WECA also conducted over 30 hours of community consultation and gathered over 1000 ideas about the new park in Thomas St, the greenspace strategy and what we want for West End.

The talented team of local landscape architects, John Mongard, Michelle Kirby Brown, Alvin Kirby and Gavin Hardy developed West End Green Space Strategy, which was launched during the Festival. This is an important creation for West End.  Alvin, Michelle and Erin were invited to present this at a state-wide sustainability forum two weeks ago, and people were very impressed by the plan. West End is once again is leading the way.

In the coming year, WECA will continue to work on furthering the greenspace strategy, as we know how vital public green space is to the community.

The community had a big win with the acquisition of the new park on Thomas St – the first in 20 years. Many people in the community stood up to ensure that this site was acquired as a park, and we thank them for speaking up as it made all the difference. We again need to speak up about what we want for the park. Erin encouraged members to make a submission.

Details of the park consultation outcomes and design that has been co-developed by local landscape architects are found on the WECA website: http://www.weca.org.au

WECA will partner with the Westender to co-host a candidate forum for the upcoming Council election.  WECA is calling the community to contact them with issues that you would like raised with the candidates for The Gabba ward.  Please contact us on info@weca.org.au

Erin concluded with special thanks and well wishes to Councillor Helen Abrahams, who is retiring after many years representing the community.