West End speaks out for Closing the Gap 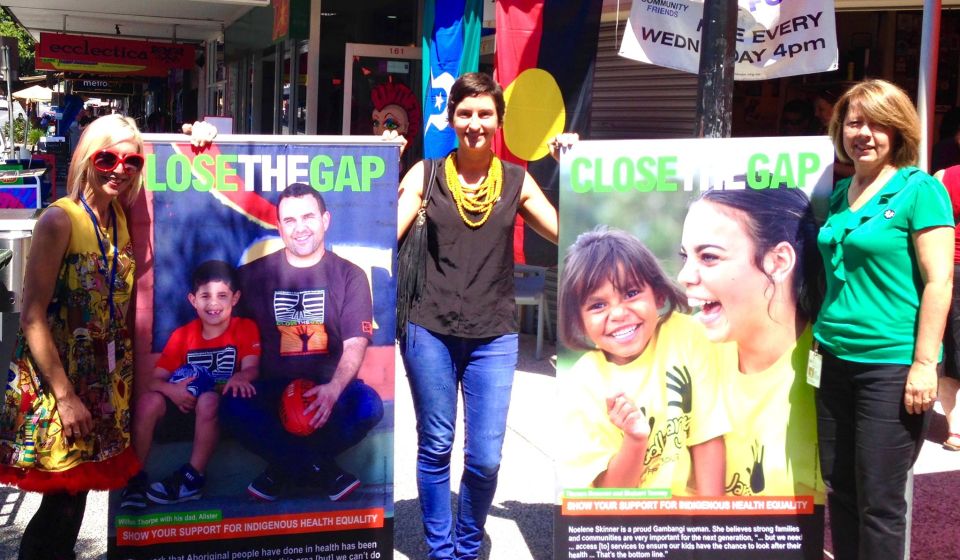 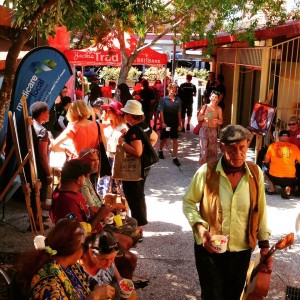 Unseasonal hot weather did not deter a crowd estimated at more than 200 people gathering in the small park in Boundary Street on Thursday 19th March to commemorate Close the Gap Day, and to add their voices to a nation-wide call for stronger action to Close the Gap on indigenous health outcomes.

Micah Projects CEO Karyn Walsh was thrilled with the outcome.

“After the disappointing results announced in Parliament by the Prime Minister recently in his Close The Gap report, it’s vital that we as a community showed our whole-hearted support to the First People of Australia,” said Ms Walsh.

“In some many ways – Indigenous life expectancy, homelessness and imprisonment rates, health outcomes and the number of Indigenous children going into care – we need to be doing more to Close the Gap.” 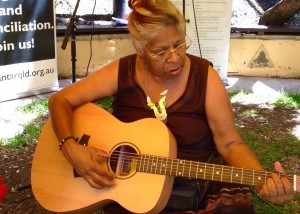 Local elder Uncle Des Sandy opened proceedings with a Welcome to Country, and entertainment was provided by a number of indigenous musicians. 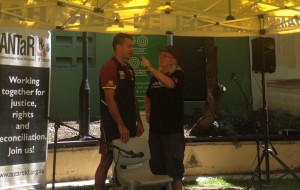 Also in attendance was new Brisbane Lions recruit, Allen Christensen, who spoke of his own experience as a young indigenous man making his way in the world, and offered some useful advice to those present.