West End speaks out for Peace 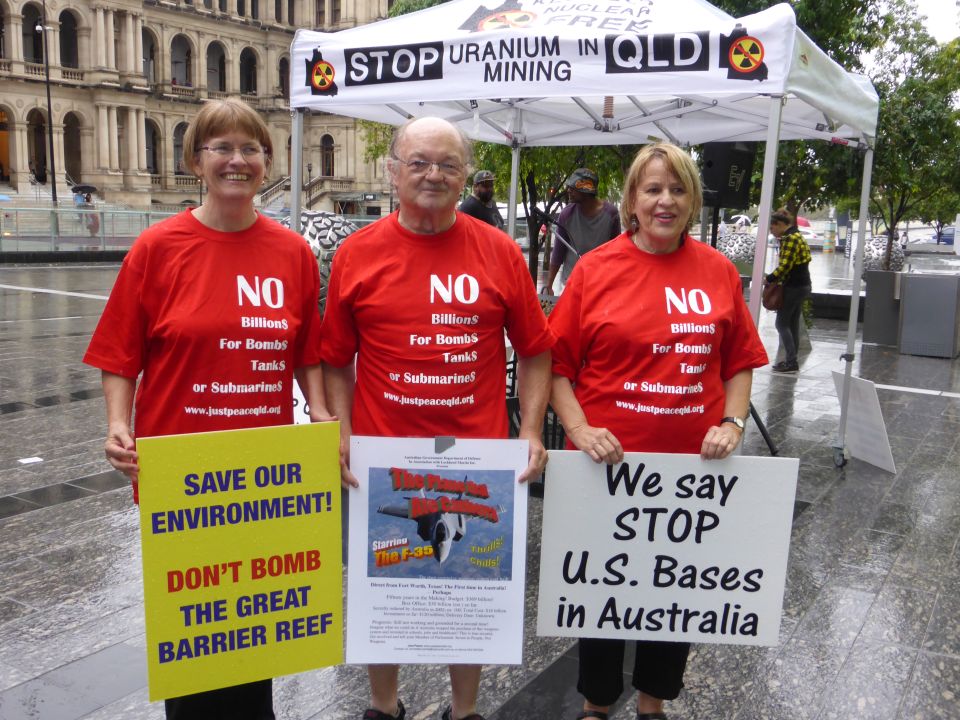 You are all no doubt aware of the vast sums of money the government has spent on commemorating the centenary of the Gallipoli battle. The message from political leaders is this battle in the 1st world war is central to our national identity. Just Peace as well as the organisations who came together to form the Independent and Peaceful Australia Network consider this narrative must be challenged.

With this is mind Just Peace and the Brisbane IPAN groups have organised a number of events in the next few months to make the case for our national identity being shaped by the traditions of justice peace and a ‘fair go’ and to oppose policies which celebrate militarism, pouring vast sums of our tax dollars into an arms race in the Asia- Pacific region and aligning our foreign policies with the United States of America.

The Global Day of Action has been supported in Australia by Just Peace and peace groups around the country for a several years.

Around Australia on Friday 24th April Anzac Eve candlelight vigils will be held to focus on ALL victims of war.

The Brisbane vigil starts at Roma St Forum followed by a procession to Anzac Square where a wreath of white poppies will be laid at the Cenotaph.

Thursday July 9th IPAN half day conference open to the public in the morning following by IPAN national AGM in the afternoon.

IPAN is hosting the Forum and Conference in the lead up to Peace Convergence 2015 in Rockhampton to protest the Talisman Sabre military exercises where over 20000 US and Australian troops will train for war.

More info on these and other events: http://www.justpeaceqld.org/