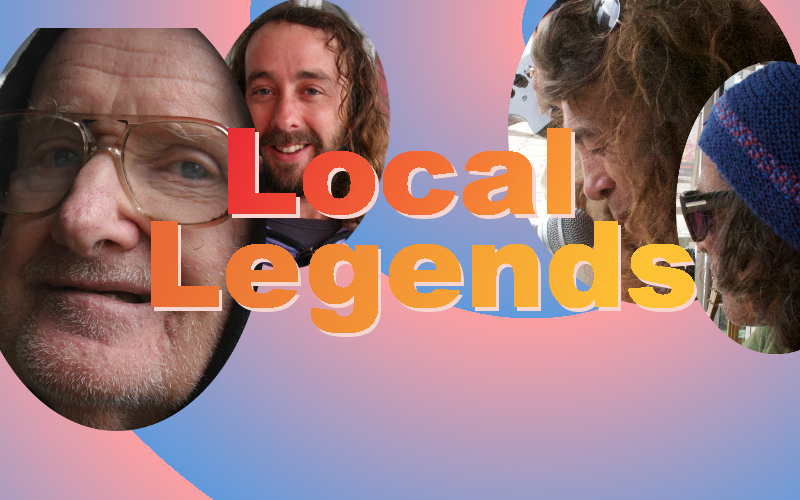 John Swayne is a regular at South Bank cinemas

John Swain has been a West End resident for only 12-months and says he loves the location, restaurants and shops.
“Saturday and Sunday is very busy around here. I lived near by a while ago. It’s changed quite a bit, there used to be trams, double-decker buses and steam trains. But we shouldn’t be lo

sing our hospitals and although we have some good police, we need more.”
John’s a trusted local around west end with close relationships with restaurant owners and the South Bank cinema.
“I’m waiting to go to an Italian restaurant across the road. They’ll give me a meal today and let me pay them tomorrow.”
“You must be a pretty trustworthy person, for them to believe that you’ll pay them back.”
“I’m pretty good that way. I’ve known them for a while.”
When I ask what John’s plans are for the rest of the day, I discover his great joy- going to the movies.
“I’m going to see the Titanic, they reckon it’s pretty damn good.”
“Have you never seen the Titanic?”
“Not yet, I also want to see the new car racing movie, The Fast and The Furious. I get a good deal at the South Bank cinemas; I’ve been going there since the place was opened. I sure do love my movies. The South bank cinema is great, the Imax screens are terrific and it’s real cheap too. I’m also really excited to see the new cartoons they have coming out. The new Superman movie looks good too.
John claims he sees at least two movies a week at the local cinema.
“Who’s your favourite actor?”
“Mel Gibson.”
John’s advice for life: “Wear sunscreen.”