What does the closure of Victoria Bridge mean for residents of 4101? 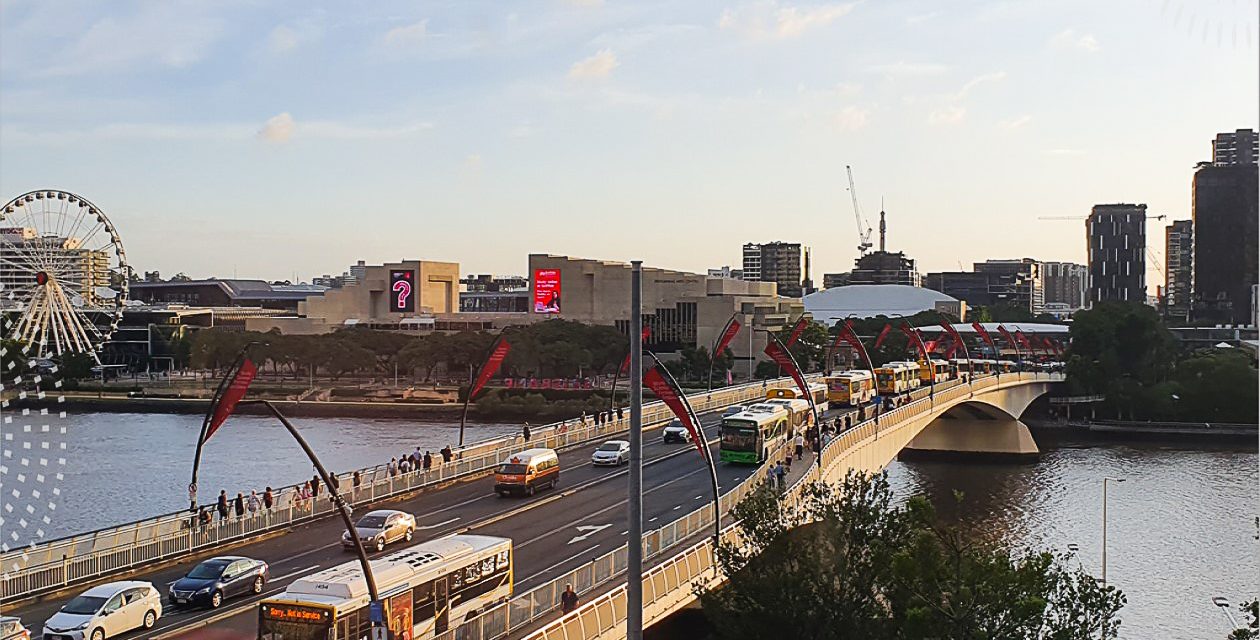 Victoria Bridge is being converted to a green bridge and will permanently close to general traffic from Sunday 24 January 2021.

The changes mean that all non-public transport vehicles, including private cars, motorcycles, commercial coaches, taxis, and rideshare vehicles, will not be permitted to use the Bridge.

Emergency vehicles will be permitted to use the busway facilities in emergencies.

Brisbane City Council said it aims to reduce congestion in the city centre by enabling traffic to bypass the inner-city.

“Brisbane Metro is underway and will revolutionise the way people travel, with turn-up-and-go, all-electric vehicles delivering 21 kilometres of service and connecting 18 stations.”

The reconfigured Bridge will have three lanes for Metro and bus services and will include a separated two-way bikeway between North Quay and Grey Street.

Council says the closure of Victoria Bridge to general traffic will facilitate both the Brisbane Metro project and CityLink Cycleway trial and increase the capacity of both public and active transport to and from the city centre. The reconfigured bridge will have three lanes for Metro and bus services and will include a separated two-way bikeway between North Quay and Grey Street. 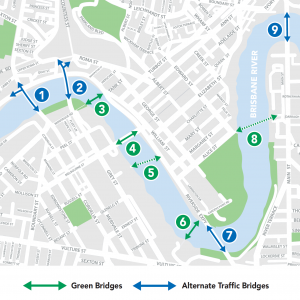 Changes at the intersection of William Street, North Quay and Victoria Bridge, and the Melbourne Street and Grey Street intersection will redirect general traffic away from the Bridge.

Traffic using Stanley Street outside QPAC will no longer be able to access the street via Melbourne Street. Instead, traffic entering or exiting the carparks in Stanley Street will need to use the Peel Street and Grey Street intersection.

As part of the project, a tunnel will be constructed to provide a dedicated connection for Metro and bus services between Victoria Bridge, the existing Inner Northern busway, and the King George Square bus station.

“The Brisbane Move consortium has been awarded the contract to design and deliver the major infrastructure works for Brisbane Metro and it is currently investigating the design for the Adelaide Street tunnel. Construction of the tunnel is expected to start in 2022 and take up to 24 months to complete. All stakeholders will be notified of works throughout the construction of the tunnel,” a council spokesman said.

Detours between South Brisbane and the CBD have not been prescribed, but Council encourages drivers to choose the connection that best suits their journey, for example, via the William Jolly, Go-Between, Story, or the Captain Cook Bridges.

Victoria Bridge is very exposed and can be hot for pedestrians. In September 2020, former local member for South Brisbane, Jackie Trad, and Minister for Transport and Main Roads, Mark Bailey, announced that they had negotiated with Council for shading to be installed on the Bridge as part of the project.

“We have always committed to investigating shading structures across Victoria Bridge,” a Council spokesperson said.

“As part of Brisbane Metro, Council will design and deliver a shade structure on Victoria Bridge which will make it even easier for people to safely travel through the heart of our city.”

“Following assessment of these options and consultation with various areas of Council as well as with Transurban Queensland, Council will fund a toll credit to the Linkt account of residents in the 4101 postcode. This temporary relief will commence when the Victoria Bridge closes to general traffic on Sunday, 24 January.”

The toll credit scheme will be available for eligible applicants over the 2021 to 2024 calendar years.

Councillor Jonathan Sri said only one or two residents had contacted his office about the toll relief and he would have preferred to see the money spent on public transport.

“I think most residents understand that closing Victoria Bridge to cars will allow a much larger number of residents to use the bridge for public and active transport, and I’m not detecting a strong sense of public concern about it.”

“The State Government is requiring BCC to pay for $100 of free tolls per household for 4 years. With around 13 000 dwellings in the 4101 postcode, that represents a potential cost to Council of $5.2 million, though in practice only a small proportion of residents are likely to take up the offer. I would rather see that amount of money spent on subsidising public transport or creating new public parkland, rather than on subsidising inner-city car trips,” Cr Sri said.

“If the Council really wanted to reduce congestion around the inner-south side, BCC could get a greater positive impact by reducing spending on road widening and toll subsidies and using that money to make public transport free. Converting street parking along major roads to priority bus lanes or bike lanes would also help reduce congestion in particular locations.”

If you have questions about Victoria Bridge closing to general traffic:

Residents in the 4101 postcode with a valid Linkt toll account can apply for Toll Relief here.