What next for land-use planning as we wake up to climate change? 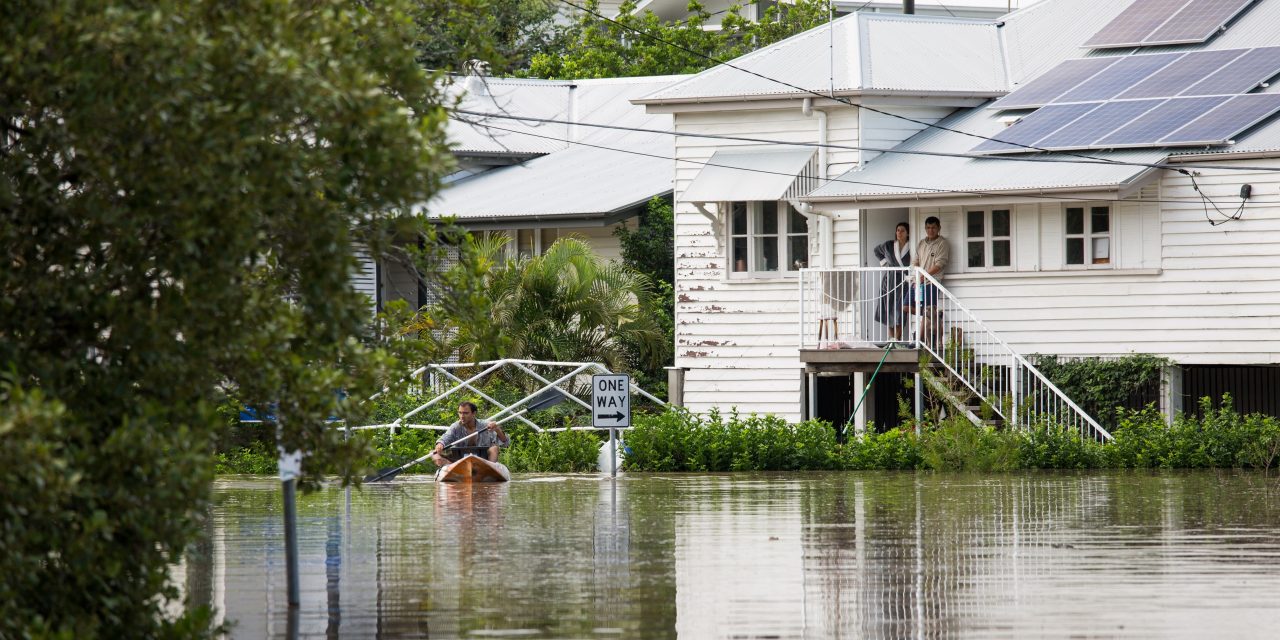 After visiting flood sites in the first week of March, Deputy Premier and State Planning Minister, Dr Steven Miles, said in press conference that there is a clear need for the planning system to properly consider, not just the history of disasters, but projections for disasters to become more frequent and more severe.

“I have visited flooded areas in recent days that, frankly, should not have been built upon and so we need to both address that, and work with residents and councils on how we can mitigate flooding risks …, but also ensure that going forward we’re not building new homes in locations that are prone to flooding or other natural disasters.”

“I’m looking forward to talking with local government mayors about how they can better incorporate into their planning schemes, these likely impacts.”

The Deputy Premier told the Westender this week that every flood is different which makes modelling anticipated flood impacts challenging.

“Following the 2011 floods, significant changes have been made in Queensland to ensure best practice planning and modelling contributes to more resilient Queensland communities, but there is always room to improve.”

“Following this most recent flood event, the Queensland Government is working with local governments and industry to determine how we can continue to improve the resilience of Queensland communities – our cities, regional centres, business districts and infrastructure.”

Last week Dr Miles convened a meeting of SEQ Mayors to discuss the recent flooding and ideas to enable more resilient communities into the future.

“We have to do better to account for the impacts of climate changes, such as increased and more frequent rainfall.”

“We also know that this is not a land use planning problem alone, and improving our resilience will require a combination of planning, building and funding measures across all three levels of governments.”

The Premier has also announced that Inspector-General Emergency Management, Alistair Dawson will undertake an independent review of Queensland’s response to the flood event.

The Inspector-General will examine the response to the floods, and see if there are any lessons that can be learned, or improvements that can be made to the way we deal with these events.

This week, Councillor for the Gabba, Jonathan Sri called on Brisbane City Council and the State Government to stop approving new private developments on sites which are vulnerable to flooding.

Cr Sri said, Brisbane City Council routinely approves developments on flood-prone sites so long as the floor levels of residential apartments are above the one per cent Annual Exceedance Probability[1] (AEP) flood level. For the CBD area, he said, this equates to a flood peak of 4.5 metres AHD[2] (the February floods peaked at 3.85 metres AHD at the City Gauge).

Cr Sri said the AEP estimates are considered to be out of date by many experts due to global warming.

“So while currently a certain flood level might be estimated as having a one per cent likelihood of occurring each year, the true likelihood is much higher.”

The Councillor and his party are calling for a ban on “all future residential, industrial and commercial developments within Flood Planning Areas 1, 2a, 2b and 3.”

“These sites should be rezoned and converted into parkland, community farms and other sport and community facilities that can recover more quickly from flood impacts.”

Cr Sri said these changes would rule out further development on low-lying sites to the west of Montague Road in West End, on streets like Lang Parade and Douglas Street in Milton, and almost the entire suburb of Fairfield.”

While not proposing to ban minor development applications to raise existing homes above the flood level, Cr Sri said he would like to see council buying back the most flood-prone homes wherever owners are willing to sell.

“Every new development within a creek or river floodplain displaces more water onto neighbouring properties, so we need to properly consider the cumulative impact of allowing private developers to intensify construction in these areas.”

“It’s not good enough to say that developments are fine as long as residential rooms are above the 2011 flood level. We also need to get warehouses, shops, and basement carparks out of these low-lying areas because the repeated disruption and cost of having to clean up after a flood every couple of years isn’t sustainable long-term.”

Asked how his proposed ban would be put to practical effect, Cr Sri said the simplest mechanism would be for BCC to amend its Flood Overlay Code to change what kinds of development are considered acceptable in the different Flood Planning Areas.

“A slower, more robust complementary process would be for the council to rezone all flood-vulnerable sites as parkland or community facilities land, and amend its Local Government Infrastructure Plan accordingly. This would likely involve a lot of buybacks.

Cr Sri said it is within Council’s capacity to make these changes without any amendment to state legislation, but said changes to the legislation by the State Government would be stronger and ultimately preferable.

“Wherever possible, the Minister should call in all recent development approvals along the Brisbane River floodplain and consider overturning them,” Cr Sri said.

Local planning expert, Phil Heywood who wrote about this for the Westender last week, said that this is a timely opportunity to review the Queensland Planning Act.

Paying attention to our history

Historian Dr Margaret Cook, author of A River with a City Problem: A history of Brisbane floods said we need to have these conversations because we know some places are extremely vulnerable, are getting flooded more often, and the flooding is getting worse.

“We’ve got decades of modelling of these floods – we’ve got so much meteorological and hydrological data. These are not unprecedented events despite the language we keep using, they shouldn’t even really be a surprise. And our job is to consider the areas that are really the most vulnerable.”

Dr Cook said that while we need to think about banning new developments in some areas, we may also need to look at ‘managed retreat’ in very vulnerable areas.

“We’re not talking about relocating suburbs that occasionally get flooded. But there are some places that can get flooded in a small flood or even a very high tide. And those are the places we really need to be thinking about.”

“There is also the option of managed retreat, where we actually relocate affected people to less vulnerable places. That’s definitely the conversation we need to have with places like Lismore. We did it with Grantham, and it worked really well.”

Dr Cook said West End has always been prone to flooding. Land was subdivided in West End in the 1885, and sold as the great dream.

“Developers have done this forever; they boost the story – it’s going to be the bonanza for those occupants. So people moved in, they built their houses, and in 1893, their houses were completely swept away. So they appealed to the South Brisbane Council, as it was in the day, and asked them to buy back the land. The council refused, and eventually, in about 1916, the residents walked away with only pounds in their pockets from Council, and the land was turned into Orleigh Park. It wasn’t the Council resuming the land, it was the poor hapless people who walked away from it.”

“We’ve got a whole lot of people living in a high-rise building. So how does that work with body corps? Who’s actually responsible for cleaning up those basements? There are a whole lot of issues that we don’t really necessarily think about when we look at allowing a denser population in an area.”

Dr Cooks says there are examples of communities, such as Gundagai, Grantham and Clermont that have had to make difficult decisions and we can learn from them.

“What we’ve done badly in the past is tell historical stories of successful cases of adaptation, that can inform the future.”

“I am seeing a shift in the conversation from 2011, which I find very encouraging. People are realising that these matters are far more complicated than they perhaps thought. And we do need to make a start by making some difficult decisions. Whether that the discussion will survive after the clean-up is over is always our challenge.”

[1] How do we estimate the chance of a flood occurring? The State of Queensland (Office of the Queensland Chief Scientist) https://www.chiefscientist.qld.gov.au/publications/understanding-floods/chances-of-a-flood