1000 community ideas for our new park on Thomas Street! 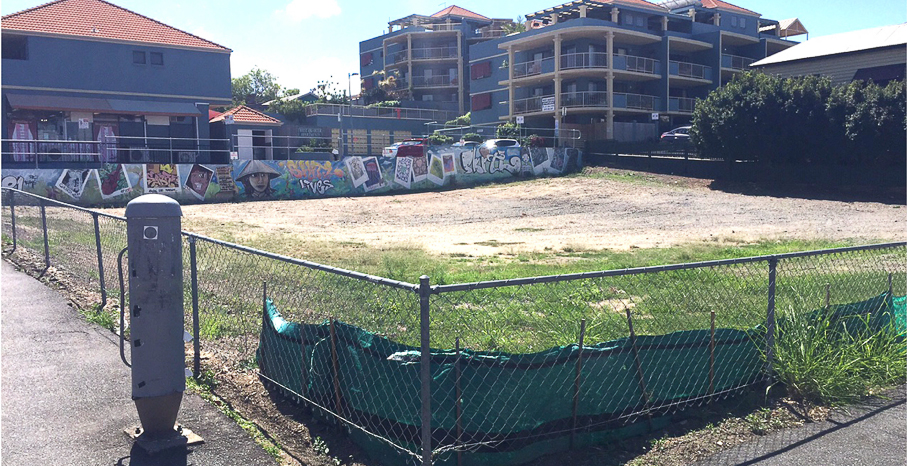 The new park on the corner of Thomas and Vulture Streets is West End’s only chance to create a truly public square big enough to support the life of the main street.

This will be the first new park in 20 years for West End.

The vacant site was acquired by Brisbane City Council as part of its local neighbourhood planning processes.

A workshop run by Councillor Helen Abrahams in August 2015, with a number of local residents, generated a range of emerging ideas for the park including: an events space; a safe children’s grassy play area; a loop walk and a street fronting herb and vine arbor entrance.

During the West End Festival, West End Community Association (WECA) hosted the Voice of the People community consultation event in October 2015 the community contributed one thousand ideas through a week of intensive consultation at the community kiosk in People’s Park. Over 330 people contributed their ideas in over 30 hours of consultation. A vibrant space with rich detail and many uses is desired by the community. Locals have waited twenty years for a new urban park and it needs to reflect this with a high quality urban space. People want a soft, shaded green space for many different activities and events.

WECA has worked with local landscape architects and volunteers to engage with the community and shape the ideas into some key concepts.

Council has not conducted any consultation but has produced a proposal with only one week for the community to respond. Some key concerns about the design of their proposal have been provided by John Mongard who has a long history of working with the community to create our public spaces, including Boundary st Goanna and kiosk spaces. See John’s response below.

The plan as currently proposed by Brisbane City Council has not had the benefit of community input.

The community is highly resourceful and want to lead the process in order to provide the best community benefit.

Issues with the Council’s proposal include:

WECA provided this submission about the community engagement and ideas to Council.  The submission can be found on the WECA website.  WECA is calling on community leadership of this process to get the best outcome for the community and harness the great energy and ideas of the all of the community.