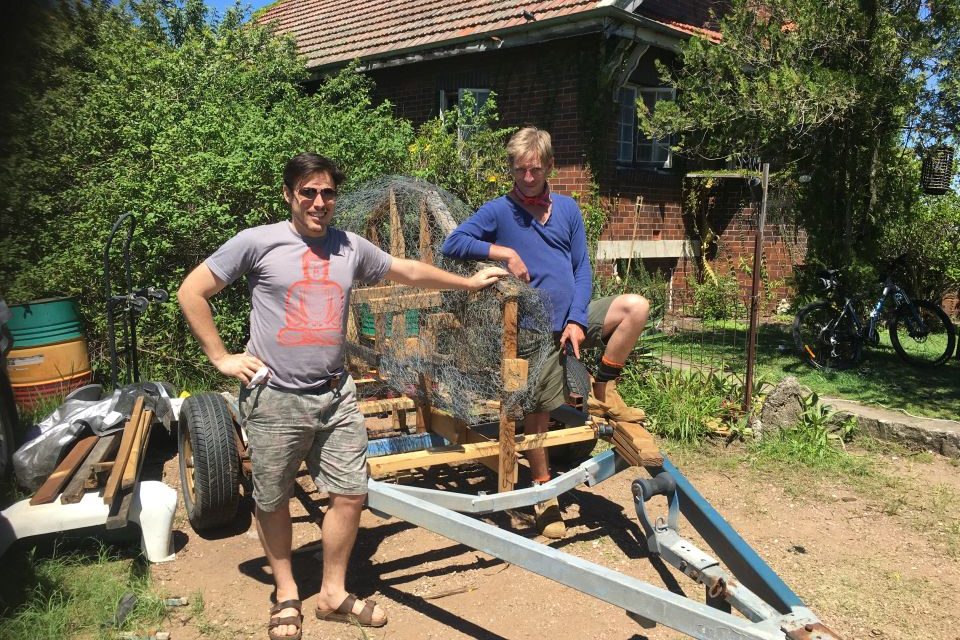 West End artist Dana Hain is fulfilling an artist vision to create GURIL, an ongoing monument for the 2017 Kurilpa Derby.

At over five metres long, Guril will enlist a team of volunteers to pull it by hand during West End’s Kurilpa Derby.

Hain purchased a second-hand boat trailer and repurposed it to create the base of the float. Modelled on the guril, or water rat, the float is being created from donated materials: timber, bamboo, and over 100m of chicken and bird wire donated by local West Enders. A hessian skin will be stretched across the wire frame, created using coffee sacks donated by local heroes, Blackstar.

The concept’s originator stresses that it is a community effort. “Only the contributions of many have advanced this project as far as it has gone,” says Hain.

Hain hopes Guril will become a lasing festival symbol, being redressed for the Kurilpa Derby and West End community events each year.

“It’s a symbol of possibility – what our community can do when we join together as one,” says Hain.

Ultimately, Guril will become a lasting project spanning a number of years, hopefully for the life of the Kurilpa Derby.

The 2017 incarnation of Guril sees it in its infancy: the nascent version an original, hessian-covered wire sculpture that Hain hopes to see developed further as an enduring  sculpture by the West End community. He already has artistic designs for stage two, to enhance the form in 2018 with community involvement.

The Kurilpa Derby began as an expression of community celebration and inclusivity in 2007. We celebrate life lived on wheels with a parade and novelty races in the heart of West End on Boundary Street.

The Kurilpa Derby is an event owned and organised by the West End Community Association (WECA). WECA is the residents association for 4101; it is a not-for-profit community based, member-led association.