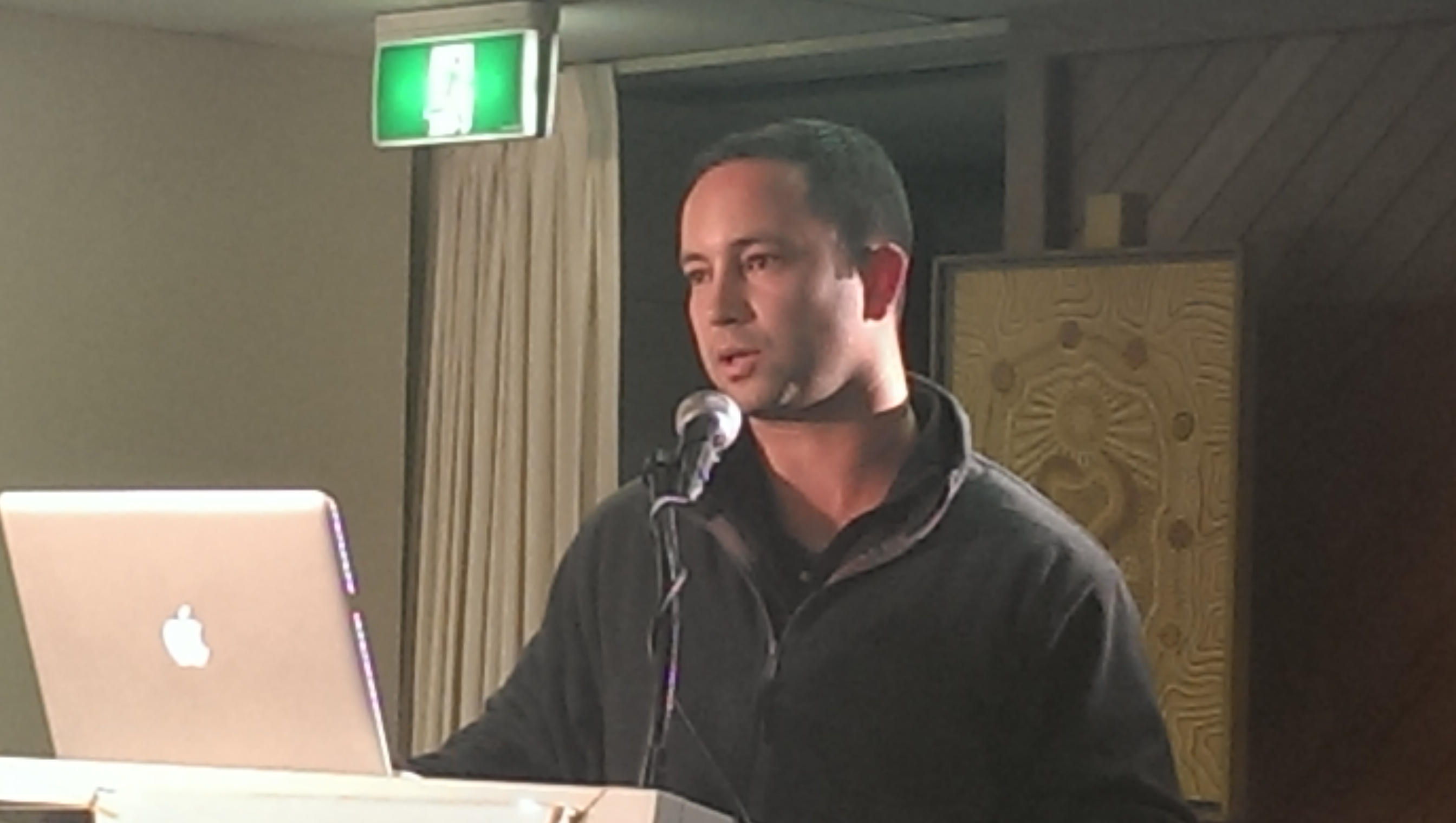 Ex-marine turned peace activist Vince Emanuel was in South Brisbane last night to discuss his opposition to US militarism and global imperialism.

He described his journey from a working class childhood in Chicago to the marines and the Iraqi invasion followed by his realisation that the US project in Iraq was not justified, right or good.

Having studied and worked with activist groups across America since joining Veterans for Peace he has become a passionate and articulate advocate for radical change.

His studies have led him to the point of view that Western imperialism is an extractive, abusive process that has consistently destroyed aboriginal inhabitants, the environment and culture in the interests of accumulation of wealth.

He describes America as a society collapsing from within and points to the controlled burning of huge areas of housing in de-industrialised cities like Detroit at the same time as 250,000 homeless people sleep rough as evidence of the decay.

He pinpoints militarism, inequity of wealth and climate change as the major challenges of our time.

He spoke eloquently about the complete failure of the socially aware, progressive, left movement to organise, engage with communities and to build the grass roots organisation required to counter these major challenges.

He noted that the left has lost its connection with the community. When the tornadoes or wildfires tear through a region who are the first people out there helping folk? It’s not the socialists, or the anarchists or the progressive democrats. It’s the Christians. They are not proseletysing at that stage, they are just saying, here I am brother. Now at a time like that it doesn’t matter who comes to help you. You are going to be grateful for that help and you are going to trust and stay in touch with those people who help you.

“My grandfather and his union colleagues were prepared to die when the marched in the thirties and that was just for better wages and working conditions,” he said. “We are going to have to be prepared to make serious sacrifices if we are to take on the most powerful military industrial complex the world has ever seen,” he said.