Sam for Liam for PM 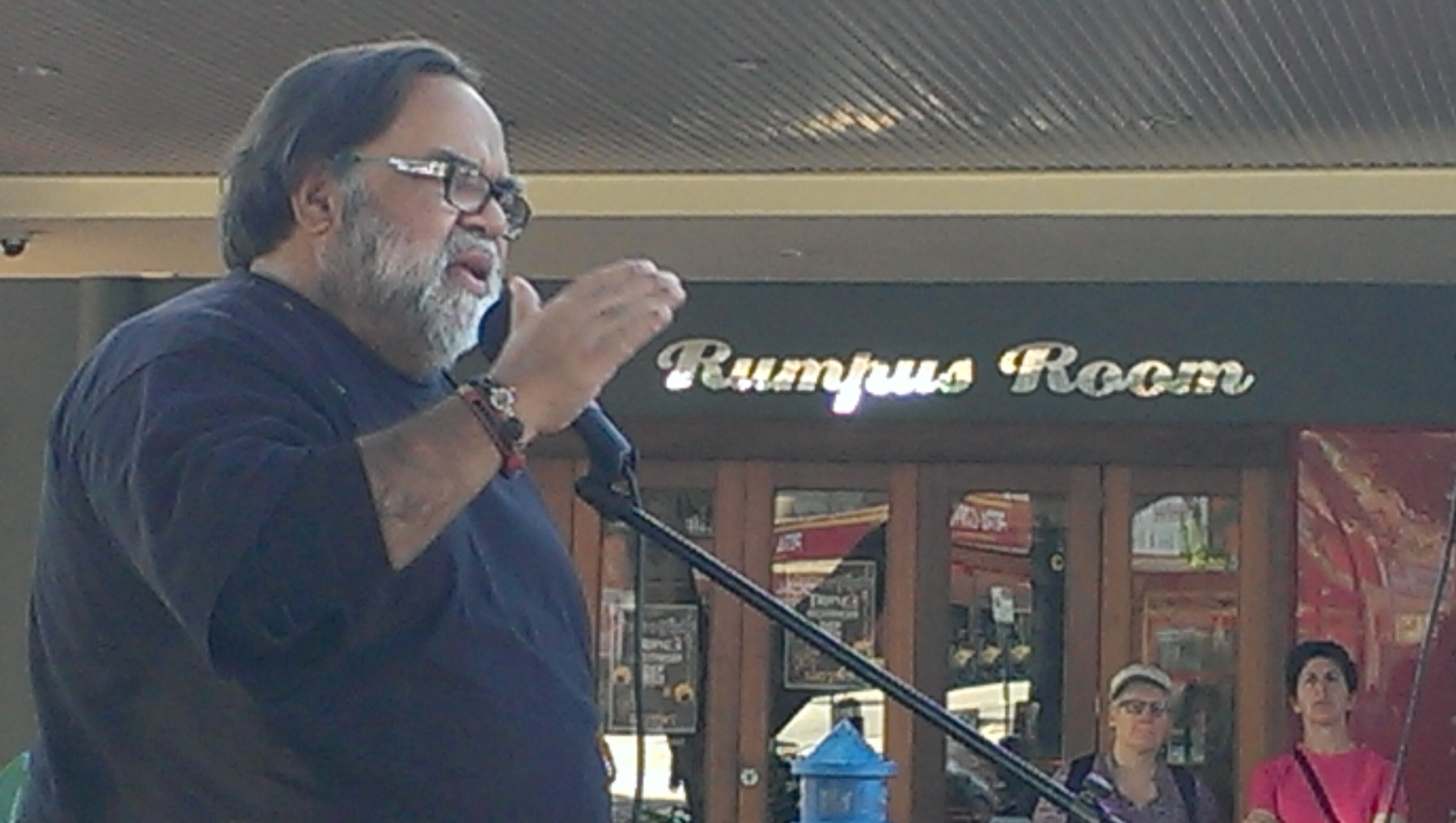 Mr Watson thanked the socialists for their ongoing support of Aboriginal people, “getting thrown in the watch-house and standing up with us when things got tough”. He also referred to the history of Boundary Street, which surrounded Brisbane marking the borders of the white town. Police with bullwhips used to ride the boundary at dusk every night, driving cattle and Aborigines out of the town. “Aborigines still call policemen bully bullies from the memory of those whips,” he said.

Liam said that this election sees Australia at the crossroads, with a fundamental choice.

“One path leads towards more austerity, more oppression of minorities, more environmental destruction; the other leads towards a just, equal and sustainable society. There is no middle path,” he said
“We require a fundamental change to our economic and political system to build the future we need.”

He identified the challenges of poverty, social justice and climate change as the major challenges of our time and criticised the Labor Party for deserting the unions and its founding principles in the lust for power.