Repurposing and recycling: The Small Objects of Elizabeth Shaw 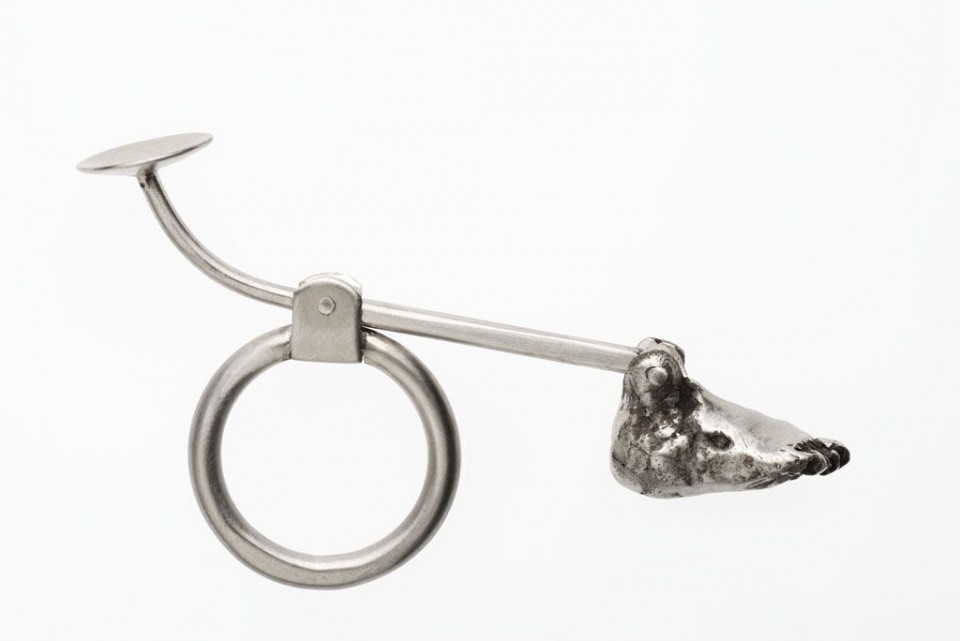 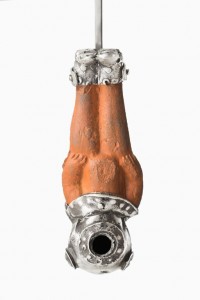 One of Elizabeth Shaw’s earliest memories is of visiting the Sydney Home of Art Jewellers Helge Larsen and Darani Lewers with her parents. She was entranced by their studio, and remembers thinking that this is what she wanted- even as a four year old. In high school years later, the dream was still there, and so she went straight from school into a silversmithing diploma, and after that, on to further studies in Jewellery at the Queensland College of Art. She holds a Research Masters degree, and is now Convener of Jewellery and Small Objects within the Queensland College of Art, Griffith University.

Early works as a practicing designer focused on small-scale productions of jewellery that were inspired by everyday suburban life, and in many ways this has been a theme that has continued throughout her career. Most significantly however, her work has been characterized by the use of found, discarded and appropriated materials that have been repurposed into small sculpted one off pieces.  Shaw remembers that in 2005, she was digging in her garden when various parts of broken ceramic figures turned up. “No complete bodies, just parts of an arm, a torso, another arm, remnants from the previous owners family that had built the house in 1915.” These pieces gave her inspiration for more works, which can be seen incorporated into some of her small objects.

In 2009, during a residency at Bundanon on the Shoalhaven River, she was inspired by the location, the bush and the work of Arthur Boyd- in particular, his Nebuchadnezzar paintings. For Elizabeth, this residency led her to create skeletal forms that looked like the remains of small animals. Although she could not see the bush in the way that Boyd did, just being there was enough to inspire her to make her own little relics of mythical creatures that she could incorporate into her narrative threads. 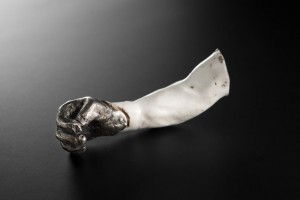 Whatever found objects inspire Shaw, the reworking of them into curious artworks is the common thread that binds her works together, sometimes quite literally. Shaw works with what comes her way. From the found objects, a new narrative is forged in often surprising ways. She makes her silversmithing skills come alive through a repurposing of her collected/found/given materials.

In these small acts of transmogrification, Shaw also engages with the ethical issues of adaptive re-use and sustainability which have long been considered important for her, and increasingly, she would say, for all makers and designers.

Elizabeth Shaw exhibits frequently and images of her work can be found online at http://www.visualartist.info/elizabethshaw  and http://www.elizabethshawjewelleryobjects.com