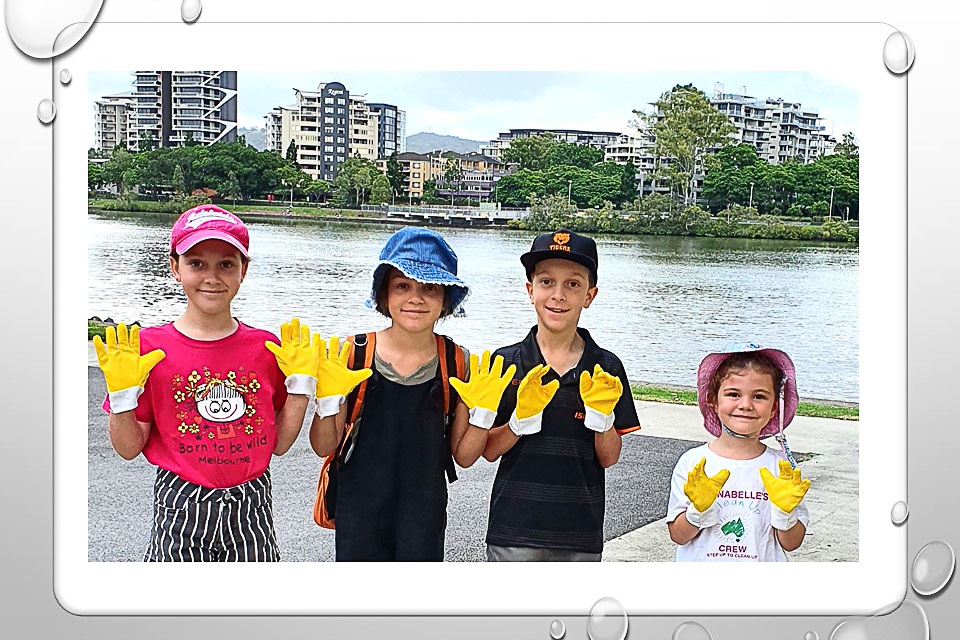 Clean Up Australia Chairman, Pip Kiernan, said she is not surprised by the huge community response.

“The increase in the number of community events just proves that Aussies everywhere are worried about the environment and that it’s time to tackle the surge in single use disposable items, such as takeaway coffee cups, food packaging and masks, all of which are polluting our local parks, bushland, streets, waterways, and beaches,” Ms Kiernan said.

Clean Up Australia has helped Australians take practical environmental action for more than three decades, but Ms Kieran says there is still more to be done.

“This country now produces 2.5 million tonnes of plastic waste each year, equating to 100kg per person. Of this, only 13 per cent of plastic is recovered and 84 per cent is sent to landfill. More concerningly, around 130,000 tonnes of the plastic we consume leaks into the environment each year. Clean Up Australia is best known for this one enormous day of action, but we work with governments, businesses and the community all year round to support solutions which tackle our waste challenges.”

You are never too young to join.

In West End on Sunday I caught up with four year old Annabelle and her family. Annabelle was joined by her mother Patrice, father Simon, uncles, Ian and Glen, and family friends, Heidi and Steve and their children, Winnie, Phoebe, and Andrew, and Gillian and her two children Isabella and Lachie. Oh, and the family dogs. 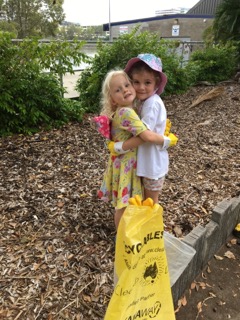 Annabelle’s mother Patrice, said that the family first participated in the clean-up last year after Annabelle had seen rubbish at her local shopping centre and asked her mother if they could clean it up. They did.

“We decided then to do Clean Up Australia Day. So we called, and we asked them if they could send us some materials. They told us we would need to register an event, so we did the first one in September last year.”

The family decided to come to Riverside Drive in West End because, as Annabelle said, she does not want fish to get stuck in plastic. Winnie said she came along because rubbish makes animals sick.

“We are so proud of our 4 year old daughter Annabelle who is passionate to help clean up Australia. In July last year (2020) we created an event for her calling it:- “Annabelle’s Cleaning Up” – with Annabelle’s Clean Up Australia Crew! Annabelle and some of her friends (with family members) helped clean up the Riverside Drive in West End with their first ever ‘Clean Up Australia Event in Sept 2020’ and Annabelle also helped design her own shirts for the event. Now this is a recurring event,” Patrice wrote on their clean-up site. 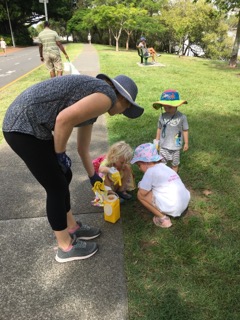 Patrice said the team collected six kilograms of rubbish last year even though she says Council does a great job of keeping the area clean.

“We found a couple of syringes and a lot of glass.”

Patrice says she thinks the State Government’s container deposit scheme has made a significant difference to the amount and type of rubbish they are finding.

State Environment Minister Meaghan Scanlon said, “Queenslanders have made tremendous strides in cleaning up the state’s environment in recent years.”

“We’ve removed lightweight single-use plastic shopping bags from our environment, with billions of them saved from litter and landfill.

“At last count, we’ve saved more than three billion drink containers from the same fate, through our Containers For Change scheme.”

But, there is still work to do. Patrice reported that Annabelle’s team picked up 4 kilograms of rubbish on Sunday, about 3 kilograms was glass and there was a kilogram of recyclable bottles. 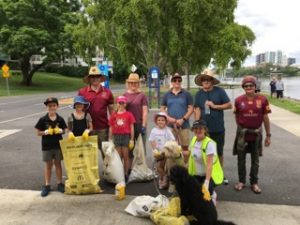