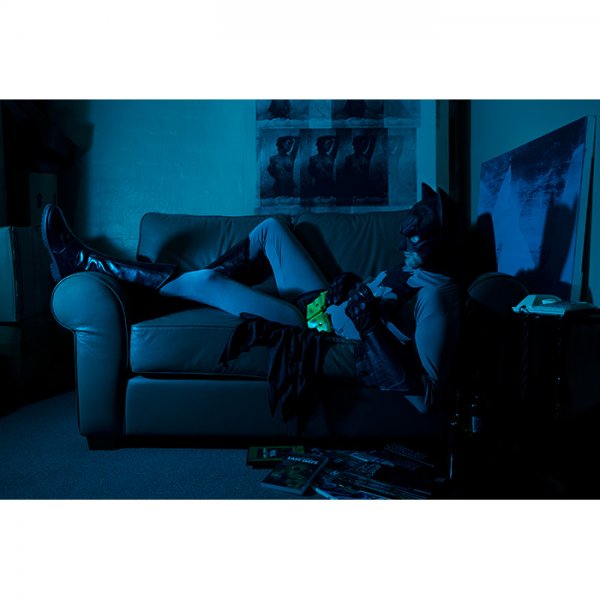 The Queensland Centre for Photography has released its schedule for 2014. During the first exhibition period of 2014 the gallery is showcasing artists who focus on storytelling in photography. 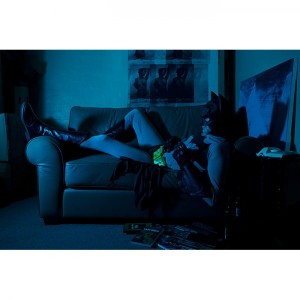 I thought it would be better than this

Dean Butters uses the tropes of Batman in constructed scenarios to portray the often-stark reality of an unfulfilled life, contrasted against the hopes and aspirations of childhood idealism. Butters images examine the ideas of protracted adolescence and social disconnection, amalgamating realistic situations with the fictional stories that we consume, to ultimately talk about a failure of identity through process of growing up and accepting the real world.

The series Ricochet delves into the psyche of childhood, a time when darkness hides all sorts of threats and time itself seems endless. Christophe Canato’s images reflect the style of evocative renaissance paintings, put together to create an elaborate storyboard for a greater unseen tale. Canato uses the French description of the word ricochet to reference a rock skimming across water, defying logic before the reality of gravity brings it to an end, and relates the word to the dreams and fears of childhood.

Through the use of storytelling, Barbara Doran and Penelope Cain examine the contemporary urban condition, responding with hyper real narratives to make sense of where humanity stands in the modern era. Doran’s series At’Onement’ INCorporeal considers the social structures and hierarchy that we encounter in the workplace. This is combined with Cain’s series Nightgarden, exploring the qualities of the worlds we create outside our bodies in our individual dialogues between nature and culture, to form Fractured Fairy Tales.

In A Frozen Tale, Alexia Sinclair weaves the historical narrative of Skokloster Slott, a baroque castle constructed in 17th century Sweden. She recreates the castles settings and the visits of its many important guests through a combination of historical snippets, digital manipulation and highly controlled studio shoots, to produce images reminiscent of traditional European paintings. The resulting works give an impression of life in the castle, from moments of significance to the simplicity of daily routine, encapsulating the myth and legend of 17th century Europe.

Katelyn-Jane Dunn series Sugar presents an ambiguous and personal narrative, exploring the existing tensions of femininity, womanhood and coming of age in the male-dominated culture of regional towns. Based in her grandmothers’s home, Dunn combines documentary style images with site-specific performance to reconcile, reclaim and reflect upon a multidimensional femininity, ultimately asking, “What is it to be feminine in a regional context?”

For this month as part of our International Bridging Program, where we showcase the work of international artists on the LED screen at the QCP gallery entrance, UK based artist Alma Haser’s series The Cosmic Surgery will be presented. Haser graduated in 2010 with a BA (Hons) in Photography, being named as one of the four best graduates of 2010 by the British Journal of Photography.

Showcased in our window gallery is the QCP Undergraduate Bridging Program, which presents work by emerging artists who are currently studying photo media at an Australian higher learning institution. The month we are presenting Paul Dielemans, a student of CATC Design School, and his series Concrete Clad, which analyses the tensions between the ever-advancing front of human construction and the natural environment.

The Queensland Centre for Photography (QCP) is a non-profit organization based in Brisbane Australia, dedicated to the exhibition and publishing of photo-media art. It is the leading institution of its kind supporting the development of Australian practitioners and their global appreciation.