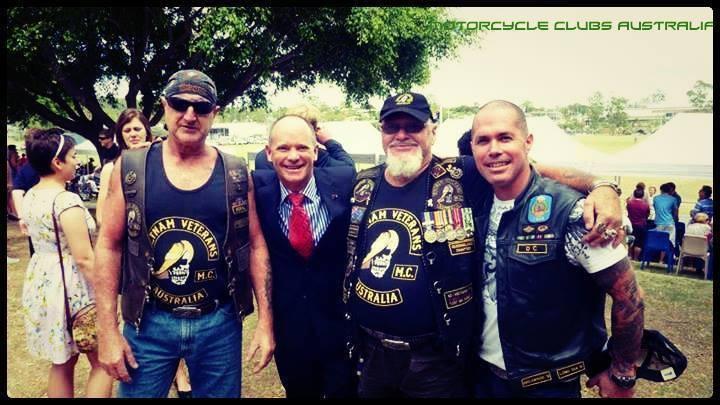 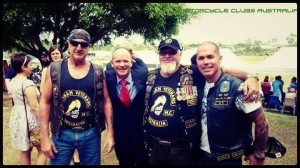 Queensland Civil Liberties Union met last night to plan their support of a series of rolling protests against the Queensland Government’s attack on Civil Liberties. The first of these actions will be the Freedom Day Rally at the Roma Forum in Roma Street, Brisbane at 11am on Sunday January 26th.

This Rally has inspired international support around the world including rallies in London, Toledo California and Canberra.

The meeting was opened by Peter Simpson of the Electrical Trades Union who pointed out that up to 200 electricians will be banned from working in July if the legislation goes ahead.

“Decent working men with families to feed and no criminal record or history of criminal activity are going to lose their jobs because they choose to socialise with bikies.”

He quoted the acting attorney general, David Crisafulli as suggesting that the electricians “simply resign from the gangs.” The VLAD legislation, however, specifically identfies that resignation does not exclude someone from being categorised as illegal.

Significantly, the legislation does not mention bikie gangs or any other specific group and it allows the attorney general to simply declare any corporation, incorporated association or group of three or more people as a criminal organisation.

“This legislation was ready when this government came to power. It does not mention bikies because it was drawn up to criminalise anyone opposing the government. The bikies simply got in the way.”

This week, Premier Newman confirmed that he decided to target bikies as a result of public outrage over shootings by bikies. Those shootings took place before and after the 2012 election.

Civil liberties activists, human rights organisations and legal experts around the world have universally condemned the laws, but conservative governments in the UK, EU and USA as well as other Australian jurisdictions have indicated they will study them and the public reaction to determine if they should follow suit.

It was the general mood of the Queensland Civil Liberties Union that the international focus and widespread opposition is all the more reason why concerned Queenslanders should join the protests in large numbers.

The opposition to these laws includes: