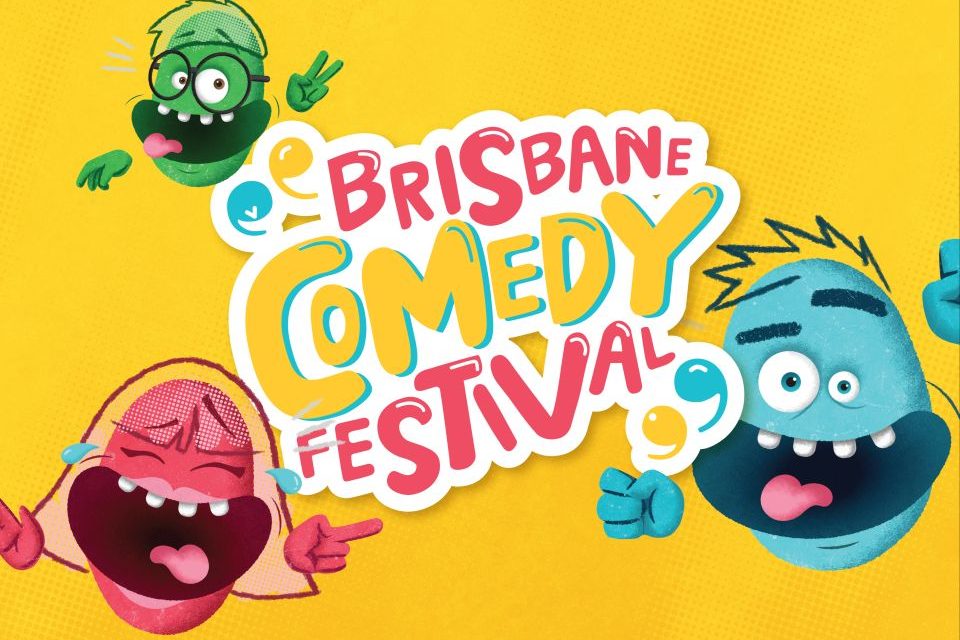 Brisbane will be plunged into hysterics from 23 February – 25 March when the city’s largest ever lineup of the best Aussie and international acts lay comical siege to three venues – Brisbane Powerhouse, Brisbane City Hall and new venue SunPAC – as part of Brisbane Comedy Festival 2018.

The ninth instalment of Australia’s fastest growing comedy festival will bring more than 70 stellar comedians to Brisbane. Leading the pack of international laughter masters are Jim Gaffigan, who will kick off his anticipated Australian and New Zealand tour with his Brisbane debut, Irishmen Jimeoin and Des Bishop, Canadian DeAnne Smith, Englishmen Stephen K Amos and Jeff Green, who will be celebrating 30 years on the comedy circuit with a special show. Also on the bill is beloved Kiwis Cal Wilson and Urzila Carlson, Scottish star Daniel Sloss and American Rich Hall, making his long-awaited return.

The festival will kick off with non-stop giggles and gags at the Brisbane Comedy Festival Gala at Brisbane City Hall on Friday 23 February. The ever-popular variety extravaganza will feature Brisbane favourite Mel Buttle as mistress of ceremonies, alongside Matt Okine, Luke Heggie, Becky Lucas, Demi Lardner (making her Brisbane debut), and some special surprise guests.

Over four weeks, audiences can expect night-after-night of side-splitting fun, hilariously insightful observations of human nature and unbelievable situational anecdotes. Brisbane Comedy Festival’s largest ever lineup will attempt to tackle life’s mysteries such as – what the heck is “Cougar Juice”?, what frustrates a matador the most?, when’s the best time to have a vasectomy?, who is Australia’s new ‘mo-ssiah’?, what are the tangible intricacies of feminist Latino 1970s art? – and everything in-between.

The comedians will explore a variety of topics and themes – from David Smiedt’s very personal and humorous account of recovering from throat cancer in Finding Chemo, to Venezuelan migrant Ivan Aristeguieta performing Matador in his second language.

New to the festival in 2018 is Queerstories, an AUSLAN interpreted evening of LGBTQI storytellers reinventing and disrupting conventional ideas about family, love and community. Created in Sydney, Queerstories will make its Brisbane debut to explain, with plenty of laughs, why there’s more to being queer than coming out and marriage equality.

Brisbane Comedy Festival 2018 will take the laughs beyond the realm of stand-up, with some of Australia’s most innovative and exciting new voices performing everything from crass takes of Aussie hip hop, to absurdist sketches and sharp-witted improvisation. Logie-nominated comic Heath Franklin will earn a new legion of worshippers with his larger-than-life ‘Chopper’ parody in Bogan Jesus, The Naked Magicians will arouse plenty of chuckles, while rising stars The Travelling Sisters and Brisburned are program gems for those looking for their sketch comedy fix.

Late-night revellers can also catch some cheap-as-chips laughs at the adults only variety show After Hours, a popular festival fixture that promises a mix of local favourites and circuit stalwarts getting loose, trying new material and bringing back some old favourites.

Brisbane Powerhouse artistic director Kris Stewart said the 2018 Brisbane Comedy Festival offered an experience greater than just catching a world-class comedian, with the program featuring several free events such as The Queensland Theatresports™, Convince Me! and Livespark and Knock Off alongside the plethora of unmissable shows.

“The expanded, multi-venue Brisbane Comedy Festival means audiences can enjoy food, beverages and beats at Brisbane City Hall and Brisbane Powerhouse during the festivities, while two returning favourites, Akmal and Jimeoin will make their debut at SunPAC, the festival’s newest venue just 20 minutes south of the city.”

“Brisbane Comedy Festival continues to grow in popularity every year with the best of Australian and international comedy showcased over a month,” Councillor Quirk said.

“Brisbane is a vibrant New World City and events like the Brisbane Comedy Festival really showcase the fantastic lifestyle and leisure opportunities on offer in our city.”