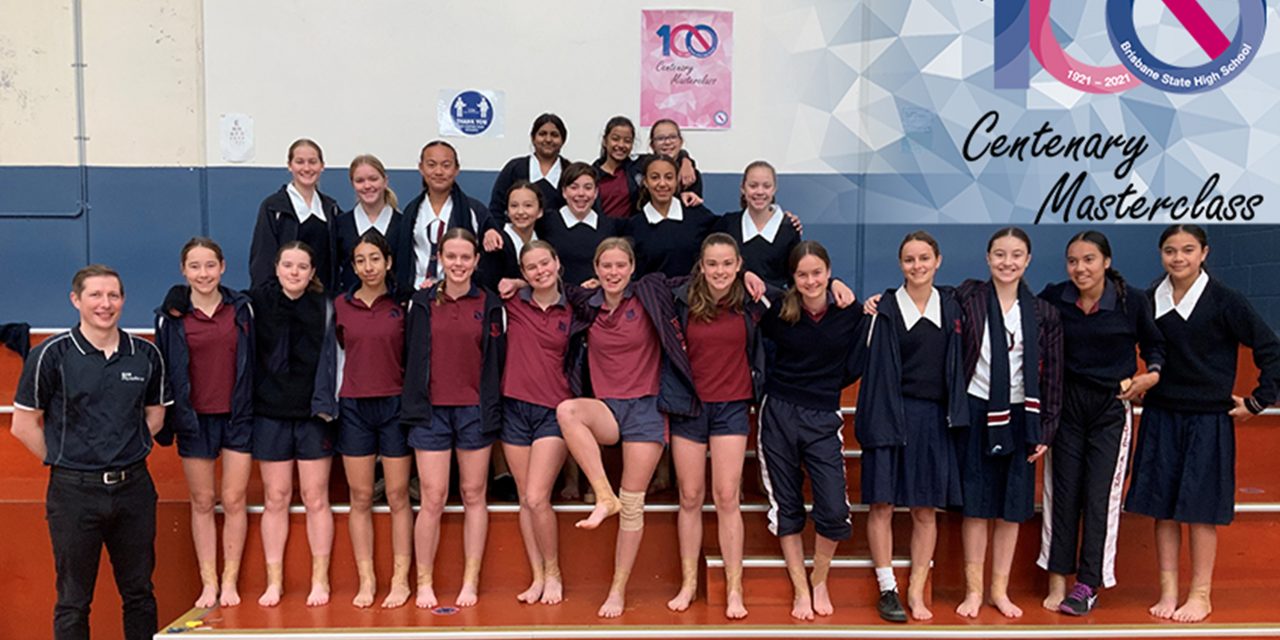 Brisbane State High boast some notable past students, among them, 2008 Queenslander of the Year, Graeme Wood; novelist Jessica Anderson; Fintan Magee, whose street art you can see around West End; our 21st Governor-General Bill Hayden; and Australian national Rugby League team captain from 1984 to 1989, Wally Lewis. In addition, many well-known sporting personalities are alumni of the school, among them six Australian Test Cricketers and numerous Commonwealth and Olympics Games athletes.

In its Centenary year, students have been encouraged (with the assistance of school staff) to seek out past students to share some of their wisdom and knowledge through a series of masterclasses.

The school has held several masterclasses across the curriculum and extracurricular areas.

Some of State High’s alumni who have worked with students this year are:

Dr Andrew Elek AM (Class of 1964) worked with Year 11 and 12 Economics students. Dr Elek is visiting Research Fellow of the Crawford School of Economics and Government at the Australian National University (ANU). He was State High’s first Rhodes Scholar in 1969. Each year, the Elek International Affairs Award for Humanities and Languages goes to the school’s top student in Humanities and Languages.

Dr Elek engaged students in discussing the most significant global challenges facing the world and what they can do about them.

Phillip Bacon of Phillip Bacon Galleries held a masterclass at his gallery highlighting the work of William Robinson. Mr Robinson AO (Class of 1951) is a painter and lithographer who has won the prestigious Archibald Prize as well as the Wynn prize for landscape painting.

Brigadier Kevin O’ Brien CSC (Class of 1964), Vietnam veteran and a graduate from the Royal Military College, Duntroon, delivered a lesson around the Vietnam War, which the students were currently studying.

Brig. O’Brien has developed new Military History programs for the Army and has served as executive producer on television documentaries.

Former Olympic Volleyballer Zane Christenson (Class of 2002) ran a masterclass in March. Professional W-league player Natalie Tathem (Class of 2013) ran a session with the Girls Junior and Intermediate A teams. Sam Donaldson (Class of 2004) (head physiotherapist for the Queensland Firebirds, the Australian Men’s Paralympic football team and the Brisbane Roar W-League) held a strapping masterclass, teaching netballers how to strap their ankles to prevent injury.

Professional dancer Romy Vuksan (Class of 2012) provided a session with one of the school’s talented dance troupes which was followed by a Q&A session with students about her career as a performer. The school has five dance troupes – musical theatre, hip hop, jazz, bollywood and contemporary.

Romy has performed in many musicals such as ‘Dirty Dancing,’ ‘West Side Story,’ ‘Legally Blonde’, and ‘The Wedding Singer’.

Award-winning composer and actor, Joff Bush (Class of 2002), known for A Man on the Edge (2014), Australian Survivor (2016) and Bluey (2018), internationally renowned musician and Principal Oboist for the Sydney Symphony Orchestra, Diana Doherty (Class of 1983), and Dr Ian O’Brien (Class of 1987) have all delivered Masterclasses with State High Music students.

Graduating Student, Fin Gillespie, who wrote to the Westender about the program said:

“Students have been delighted to receive classes from or about these honoured alumni who were once teenagers ‘just like them’. The Masterclasses have been such a success that the school hopes to continue the program into its next century.”

If you are a past student, the school welcomes all alumni to stay connected with the school. Past students can register to receive quarterly newsletters and reunion notices and even indicate their industry experience to nominate to function as a mentor. They can do this at www.statehighconnect.com.au