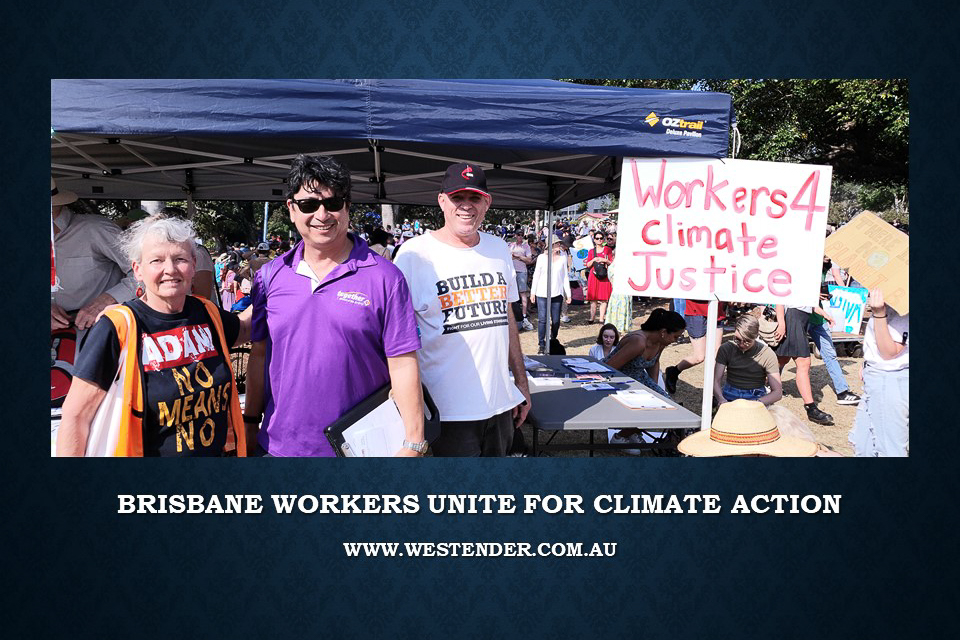 On Monday 3 February Workers 4 Climate Justice (W4CJ) will hold a public meeting on the health impacts of the unfolding climate crisis.

“These problems will get worse as our planet gets hotter, this summer Australia is directly experiencing the early yet devastating impacts of climate change in scenes that have been shocking and extensive.

“This is our big wake up call. We are at the front line of the devastating impacts of climate change, we should be world leaders on taking action on it,” Ms Ross said.

W4CJ is a new informal Brisbane-based alliance of trade unionists and supporters which was formed following the Student’s Climate Strike in September 2019.

The aim of the group is to bring together workers, union members and delegates to engage with their respective unions about action on climate change. Part of that of course, is providing the opportunity to hear from Unions that are already actively engaged with climate action so that members can learn and take messages back to their own unions and workplaces.

Previous forums have focused on the green economy and on just transition for energy workers to renewable energy sources, and on campaigns for renewable energy production to be owned by public institutions.

The health impacts of the unfolding climate crisis.

This summer’s bushfire crisis has highlighted, among other things, some of the health impacts of the unfolding climate crisis, Ms Ross said.

Guest speakers Linda Selvey from the Climate and Health Alliance, and Vicki Stewart and Janet Baillie from the Queensland Nurses and Midwives Union (QNMU) will be presenting.

Amanda Ross says that W4CJ is keen for workers to join the discussion on how workers and unionists can act; both immediately in response to the bushfire crisis and in the longer fight for climate justice.

“The devastation, both human and ecological, caused by the current bushfires has profoundly touched the hearts of Australians who are volunteering, donating and organising relief for the victims who have lost loved ones, their homes, workplaces and jobs; and for injured and threatened domestic animals and wildlife,” Ms Ross said.

“At the centre of the crisis is a looming realisation that Australia’s climate, with all its variability from droughts to floods, has changed, and that human-induced climate change has arrived.”

“Without wishing to sound alarmist or like doomsday prophets, climate change science tells us that natural disasters will happen more often, with greater extremes, making the current situation not an aberration but increasingly likely.”

The forum will ask attendees to consider:

W4CJ says that their February forum is open to anyone wanting to hear from health professionals and their union representatives and to people who want to be informed about taking effective action in their own workplaces and communities in the fight for a low-carbon, sustainable future.

Entry is by donation.