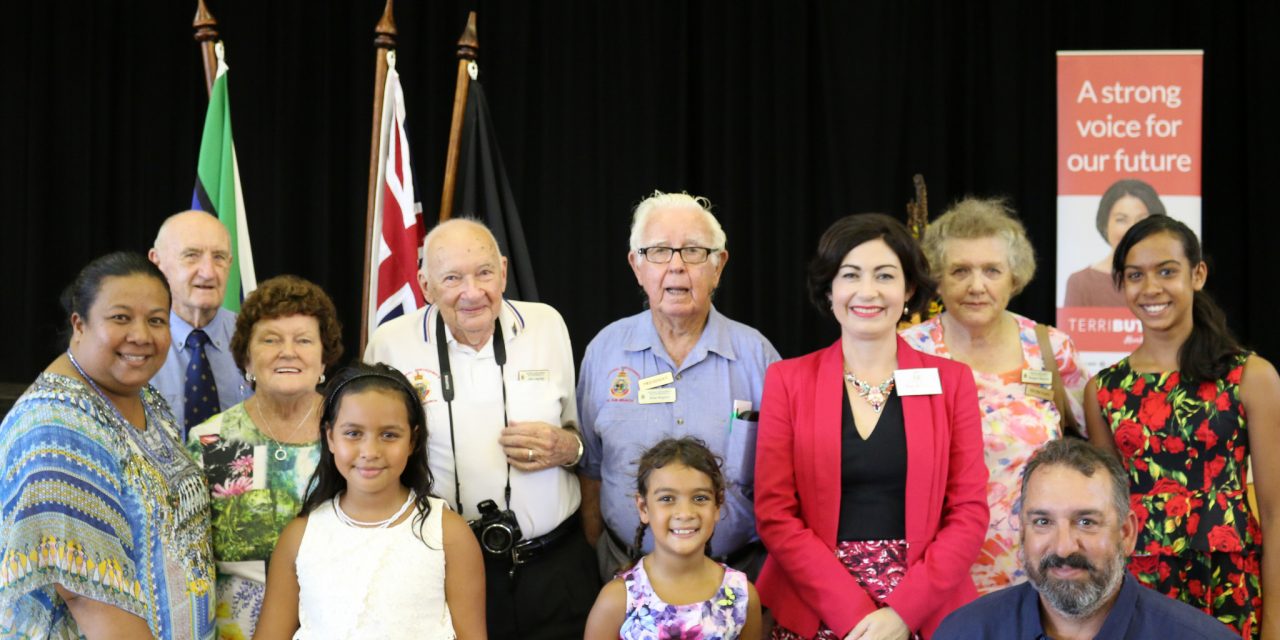 “If you know an individual or small group of people on the South Side who should be recognised for their voluntary work, then nominate them,” said Ms Butler.

The Griffith Australia Day Awards is an opportunity to recognise outstanding people who have influenced and shown dedication to the community through voluntary work.

To be eligible, nominees must carry out activities on a voluntary basis in the Griffith electorate.

Go to www.terributlermp.com/gada-2018 for more information.

Completed nomination forms are to be returned to PO Box 476, Morningside QLD 4170 or scan and email to Terri.Butler.MP@aph.gov.au.

At the 18th Griffith Australia day Awards in January this year, close to 300 people celebrate those community members who make the Griffith electorate a vibrant, busy and welcoming place to be.

Earlier this year, members of the Mental Awareness Foundation were awarded for their fantastic initiative, Walk For Awareness. Ms Butler was delighted to attend the walk again just recently. The 8 km walk raises money for mental health and suicide support in recognition of the 8 people who take their own lives each day.

Other recipients included Gordon and Bob from locally based environmental organisation Greening Australia. They have dedicated over 10,000 hours to creating vibrant parks which home over 50 species of bird, native plants and bushland.

George Gee was a founder of the Queensland Maritime Museum and is still volunteering at 94. Captain Elaine Callick or “Dixie” as she is known has been with the Girl Guides for 52 years.

“From Girl Guides and Museums to environmental action and mental health support, the Griffith electorate has it all,” said Ms Butler. “Say thank you by nominating someone for a GADA now. Hurry as nominations close Nov 4!

“With decades of service recognised at GADA, you can really feel proud to live among such honourable people.

“The impact of volunteer work does not stop in the community, but serves as an inspiration for anyone who comes into contact with these initiatives.”