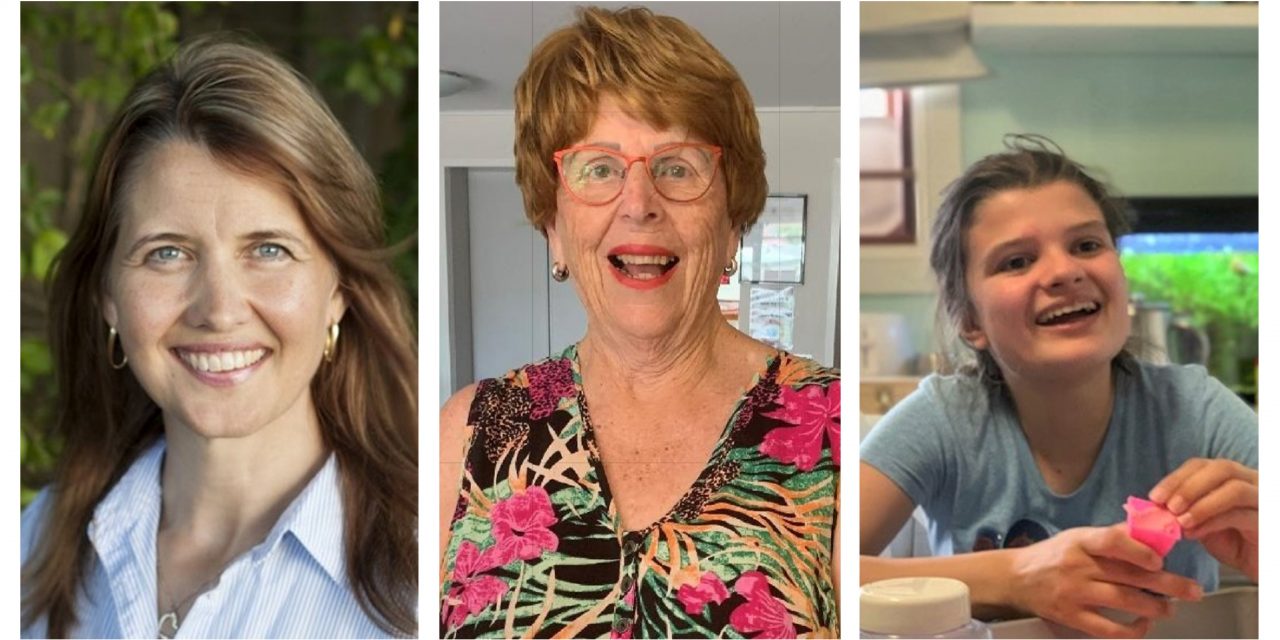 Ms Butler said the awards recognise volunteers who perform extraordinary or outstanding voluntary work in the Griffith electorate. Former Member for Griffith, the Hon Kevin Rudd AC, established the awards in 2000, and Ms Butler has continued the tradition.

“In times of crisis, social cohesion becomes more important than ever. But building community takes effort, and empathy. In our community there are countless selfless volunteers, who work away in the background, never seeking recognition or personal benefit, and each one of them helps strengthen the bonds that join us all together. Their voluntary efforts make our communities better. Their work is immensely important,” Ms Butler said.

Ms Butler said this year the committee selected a great variety of recipients and groups for the Awards.

“It is wonderful to see the committee recognising that there are a multitude of ways in which someone can make a contribution. I certainly find inspiration in the stories of the awardees, and I hope that others do, too.”

At previous awards ceremonies Ms Butler has noted the tendency of winners to downplay their own role and to talk up the support of others. That is precisely what the two local recipients I spoke with have done.

“When I received a text advising me of the Award, I thought it was a scam and deleted the message. However, I now know it was real, and I am very honoured to have been given the Award.”

“My work at Tangara has been made much easier by a wonderful support team who are always ready to help. The residents of Tangara are very generous and over the years we have raised money for many causes.”

Tangara is an Independent Living Village of 60-70 Residents run by Uniting Care, where residents must make their own way.

Along with other residents, Kelly formed a Resident’s Committee and Social sub-group, which actively engages with Village management to secure a pleasant and safe environment and provide social activities for all residents.

Her nominator said Kelly is the hands-on person for social events, fundraising for charities, ceremonies such as Anzac Day and arranges the donation of goods and food to MICAH Projects and the Uniting Church. She also makes clothing such as beanies to raise donations.

“The Village and West End itself are fortunate to have her on the ground keeping things functioning well and happily.”

Though not mentioned in the nomination, Kelly represented Tangara residents when working with Kurilpa Futures on successful Parking Days in Sussex Street. She was also pivotal in securing Council funds to establish a verge garden on the corner of Sussex Street and Brighton Road.

Celebrating the school’s centenary year during this time of COVID was a considerable challenge for Michelle Koripas and the Brisbane State High School Parents and Citizens (P&C) in 2021.

The P&C had planned the 2021 State High Day celebrations for many months and had secured the support of 180 volunteers, but as Michelle writes in the School newsletter, the celebrations and sports events were cut short when news arrived of Brisbane’s snap COVID-19 lockdown.

But ever the optimist, Michelle wrote in the School newsletter:

“With this ‘practice run’ under our belt, next year’s State High Day is geared to be a magnificent event – watch this space!.”

Michelle was nominated by her peers for her outstanding contribution to the school and P&C community. Her nominator said Michelle’s contribution has been in-depth work to refine the administration and governance of the organisation and instilling positive workplace culture.

“She has also brought her skills to role on the School Council and has worked closely to support the Executive Principle, Wade Haynes in providing excellent public-school experiences to the BSHS Students.”

“Throughout this enormous voluntary role, Michelle displays a kind and generous spirit and boundless energy that as a fellow Executive is hugely admirable. She has been an incredible asset to the BSHS P&C, and she will be missed by the P&C and school community.”

Michelle told The Westender that she was absolutely thrilled to hear she was a Griffith Australia Day Award recipient.

“I had no idea I was even nominated so it came as a real surprise.  To me this award also reflects the time and effort that our generous volunteers contribute to supporting our school and students. I am particularly appreciative being surrounded by a dedicated executive team that give so much of themselves for the greater good of our school community.”

The Westender has collaborated on a couple of stories with Michelle, highlighting the significant role of P&Cs in Queensland’s state schools.

The achievements of the BSHS P&C are too numerous to list here, but among other things, the P&C manages three canteens on campus, a uniform shop, and oversees the maintenance of sporting fields.

In 2021 the P&C secured several grants, presented workshops, and ran a raffle to support the establishment of a ‘Green Transport Hub’ at the school for students to store their bikes securely.

Both of Michelle’s children have now graduated from high school, so 2022 will be her final year as President of the P&C.

In a farewell published in the School magazine, Michelle wrote:

“It has been an absolute pleasure to serve our community in support of our amazing students and I encourage each and every one of you to embrace your time as part of the Blue-Red-Blue State High school spirit and get involved in some way. Every bit you do helps to make this school what it is today.”

Leah, who lives in Highgate Hill, is a teenager with autism. She uses social media to document her life.

With help from her dad, Leah posts on her Instagram page about her life with autism and improvements to her mental health and confidence since accessing support to attend music therapy and personal training.

Leah was nominated for raising awareness for autism.

Jason McKenzie was nominated for his work with the West End based Alliance Francaise De Brisbane.

Jason has been a volunteer with Alliance Francaise de Brisbane since 2007 and has been on the board as Secretary, Vice President and President since 2019.

His nominee recognised Jason for his “contribution, his guidance and his long-term vision.”

“In all my career at the AF worldwide, I have rarely seen from a volunteer Board Member such support and dedication to the organisation and the mission. I can truly say that the organisation has survived thanks to his huge dedication. His dedication and huge contribution should be recognised officially.”

Details for each recipient can be found HERE.

Ms Butler said the Awards are intended to be inclusive, and while the awards are announced on Australia Day, in recent years, the awards ceremony has been held later in the year.

We hope to catch up with Jason and Leah, and other recipients at the Awards Ceremony.