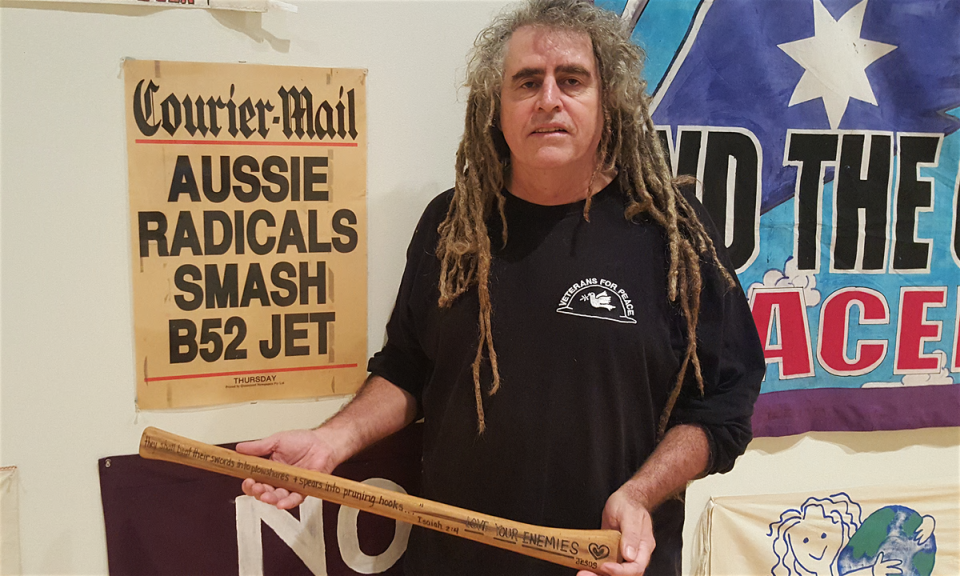 Ciaron O’Reilly, presently based in his hometown of Brisbane Australia, welcomes the release today of Iraq war veteran and WikiLeaks whistleblower Chelsea Manning.  O’Reilly served 13 months in U.S. prisons for his role in the 1991 disabling of a Gulf War bound B52 Bomber at an upstate New York U.S. Air Force Base. Manning’s 7 year sentence, recently commuted down from 35 years by outgoing U.S. President Barrack Obama, concludes today.

O’Reilly stated “Chelsea Manning was only four years of age when I was arrested at the outset of this war against Iraq.  She was only 15 when the invasion and occupation of Iraq, she was to participate in, began.  This is now a 26 year war against the people of Iraq that began under George Bush Sr, transitioned into the genocidal sanctions under the Clintons before turning into invasion and occupation. The war we started keeps expanding and escalating across the Middle East.

Chelsea Manning has paid the highest price of anyone for exposing or nonviolently resisting this war, I’m overjoyed she is being released today.

It is outrageous that there are soldiers from Gallipoli Barracks, and air men & women from Amberley Air Force Base, in my hometown of Brisbane still deployed in the Iraq theatre 26 years after this war began.  There is little support or opposition, only constant war.  We have to be constantly prepared to offer serious solidarity to those who expose the war and nonviolently resist the war such as Chelsea Manning, Julian Assange and other soldiers and civilians.

It was a privilege to support Chelsea’s mother Susan and her extended family in Wales during these long years of imprisonment.

Chelsea was in jail for us, we were on the streets for her.