The Circus is coming – “Hold My Beer” at The End #WestEnd 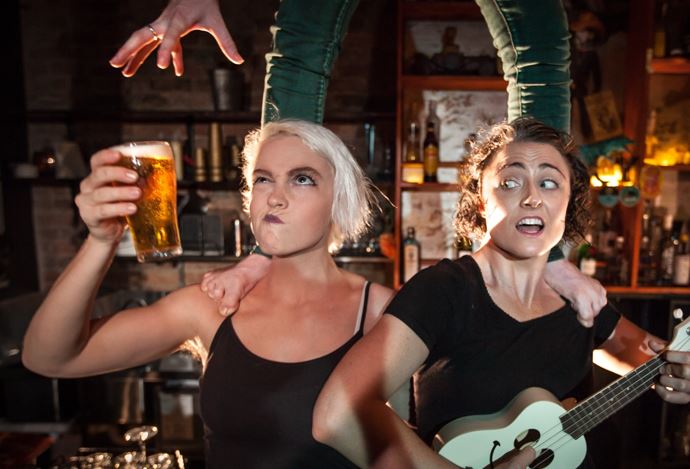 According to its organisers, Hold My Beer is a, “… perfectly balanced cocktail of circus, live music and drinking games, where the stage is everywhere and nobody is safe. A bold blend of astounding acrobatics and audacious antics, this show is circus served over ice with a (triple) twist.”

The all-female cast of acrobats – Regan Henry, Elyse Fitzpatrick and Kelsey Adams – has been performing in the Brisbane and interstate circus scene for a number of years.

“We wanted to make a show we could really have fun with,” says Kelsey Adams, one of the acrobats and co-creators. “We wanted to bring circus off the stage and into the crowd, and play with making the experience enjoyable and breathtaking all at once.”

Kelsey says the pairing of circus with live music makes for a more interactive show, alive with the challenge of improvisation and the joy of pulling off a great act.

“We love working together and bouncing off each other, but we’re also cheeky as hell. It keeps everyone on their toes and gives the performance so much vitality.”

Hold My Beer opens at The End Bar in West End on Thursday 9 May and is performing across multiple venues during the Anywhere Festival (running May 9-26), and is supported by Flipside Circus. It is presented by HalfHitch, with support from with support from Backbone Youth Arts.