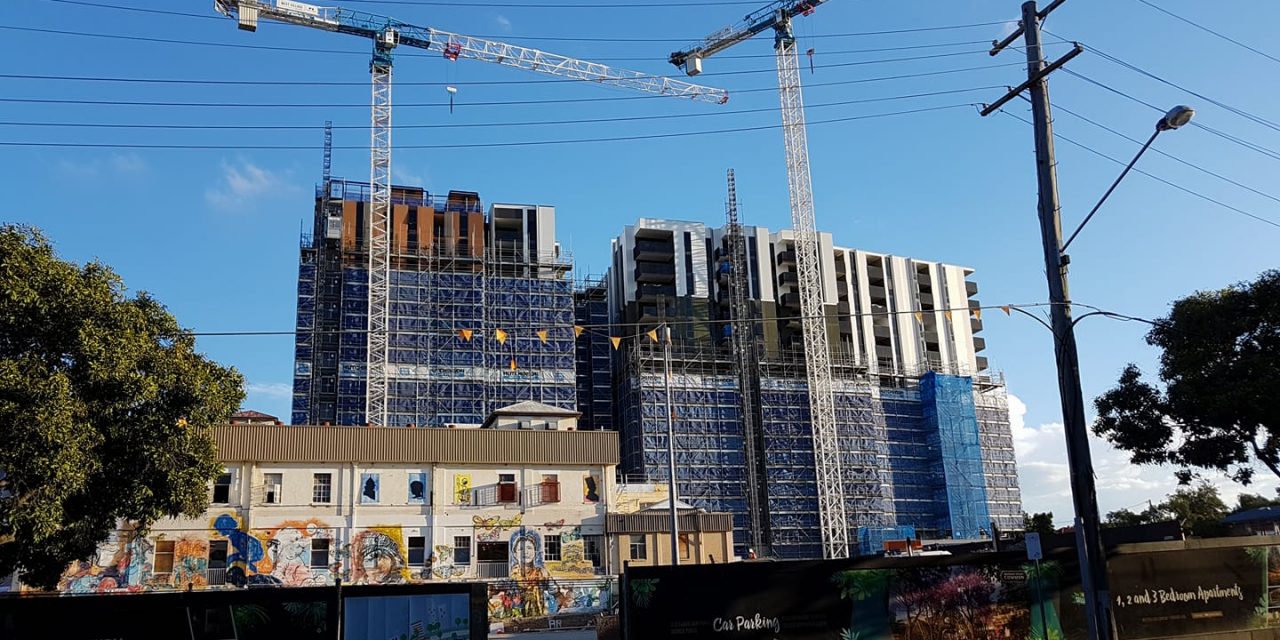 Speaking about the paper, “Towards an Integrated Planning Strategy for the Kurilpa Peninsula”, planning spokesperson Phil Heywood said,

Our work shows that Neighbourhood Plans being used by Brisbane City Council to administer development for these three parts of the Kurilpa Peninsula permit development that would exceed currently planned infrastructure provisions by a factor of four and amount to gross city cramming.

The Kurilpa Futures team comprises concerned residents from a variety of backgrounds, including planning and architecture, and a local developer. Their work has established that site coverage and permitted heights in current plans could accommodate, and even encourage, an extra 60,000 households to move into the area, indicating a possible population of 120,000 persons.

Kurilpa Futures says that this population growth is half that anticipated for the city as a whole in the 2017 Shaping SEQ Regional Plan report, but on an area that is less than 0.1% of the city’s total extent. This increase is also double the Priority Infrastructure Plan’s estimates of ultimate provisions for open space, transport and social facilities.

In fact, the group found, council has often permitted development that exceeds these standards on the basis of meeting the plan’s general objectives. The Kurilpa Futures team has detailed a case study of outcomes already occurring in one precinct, Riverside South, finding that new schemes have rapidly become over crowded, homogenous and under-serviced dormitory areas, lacking sufficient public open space, community gathering places and traffic and transport infrastructure.

Kurilpa Futures considers that existing plans are heading towards, “…a predictable train wreck of too many people being confronted by too little space or facilities”.

The group is seeking commitments for accompanying infrastructure to be more appropriate to current and future population levels, and considers that this new strategic plan should be prepared with participation from the local community, combining face to face engagement and on-line inclusion.

Kurilpa Futures considers that a successful model of how this can be done was established by the group in its 2016 Community Forum which produced an overall alternative vision for the 25 hectares Kurilpa Point site which replaced the city council’s proposal.

Kurilpa Futures has written to the Lord Mayor and local council and state and national representatives to seek their support to meet what it considers to be a pressing need for more realistic and participatory planning for the entire Kurilpa Peninsula.The groups contends that:

Political commitment is required to rein in overdevelopment in the Kurilpa Peninsula to balance long term growth needs with realistic infrastructure requirements to support a sustainable and habitable community.

The group’s full report is available on the Kurilpa Futures website.