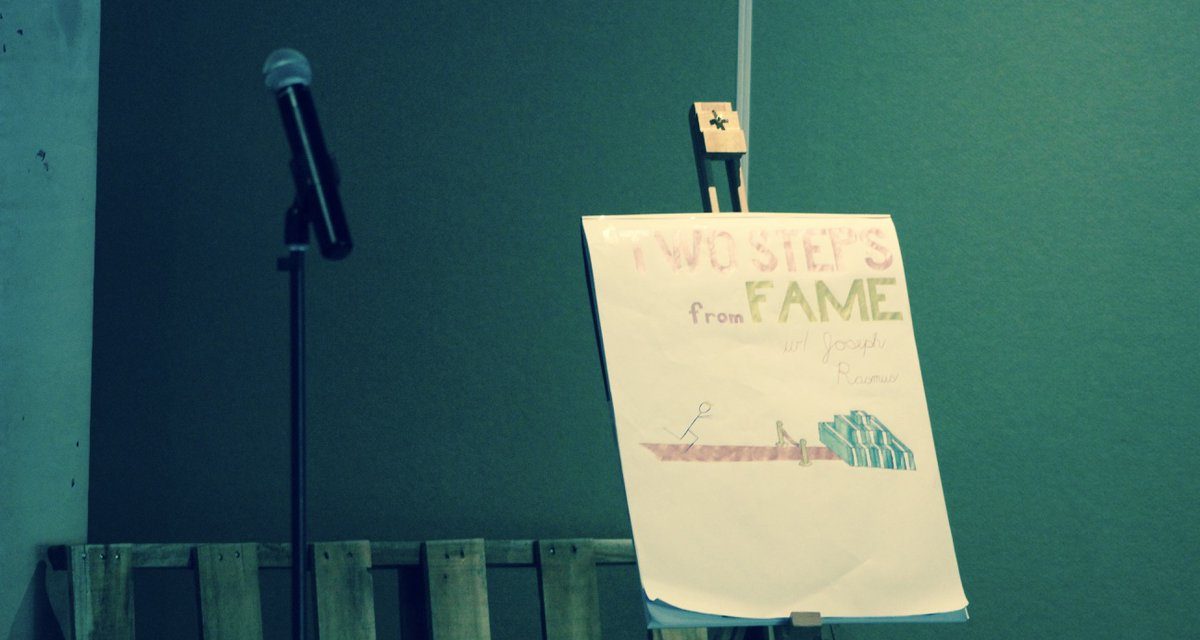 As eager and curious patrons shuffled into Toowong’s Archway Bar, Joseph Rasmus appears to the side dressed sharply in a dark tailored suit, projecting a level of sophistication unseen in the average down-under comedian.

It wasn’t long before the suave and sophisticated New York funnyman took to the stage to exhibit a somewhat different persona. Reaching into his pocket, Rasmus pulls out a condom and gently slides it over the microphone. “I like to practice safe stand-up,” he pronounces to the audience.

Operating mainly on improv and high-brow humour, Rasmus’s stand-up clearly differs from the traditional ocker stand-up often seen here in Aus. But that doesn’t stop Rasmus from enjoying some crude banter with the audience about Australia’s ridiculous wildlife and our beloved bogans.

Rasmus definitely offers a well thought out set that’s less explicit than most Aussie stand-ups, but it is one that is still strong in crudeness and hilarity. Whether it be Rasmus’s parody of the generic hack stand-up routine – a summoning of Dane Cook inspired gags about ‘dead babies’ – or his clear-cut observational humour, Two Steps From Fame delivers an hour’s worth of the New Yorker’s best assorted chops.

Evidently a seasoned stand-up and showman, Rasmus belts out darkly humorous knee-slappers from the moment he tears open the Trojan wrapper. He’s consistent and impressive in his ability to segue between topics, and he doesn’t mind making the audience cringe a little bit with some dark humour.
As the show progresses, Rasmus’s energetic and unique stand-up shifts to include a more personal perspective on his random love affairs (one involves a lesbian doppelgänger).

Rasmus brings a set of comedy chops dissimilar to most Aussie stand-ups, but for that it’s refreshing and definitely worth checking out; think Daniel Tosh meets Anthony Jeselnik.

Joseph Rasmus is one of the highlights of this year’s Bris Funny Fest. The final Two Steps From Fame Brisbane show is on tonight at 7:00pm at the Archway Bar in Toowong.