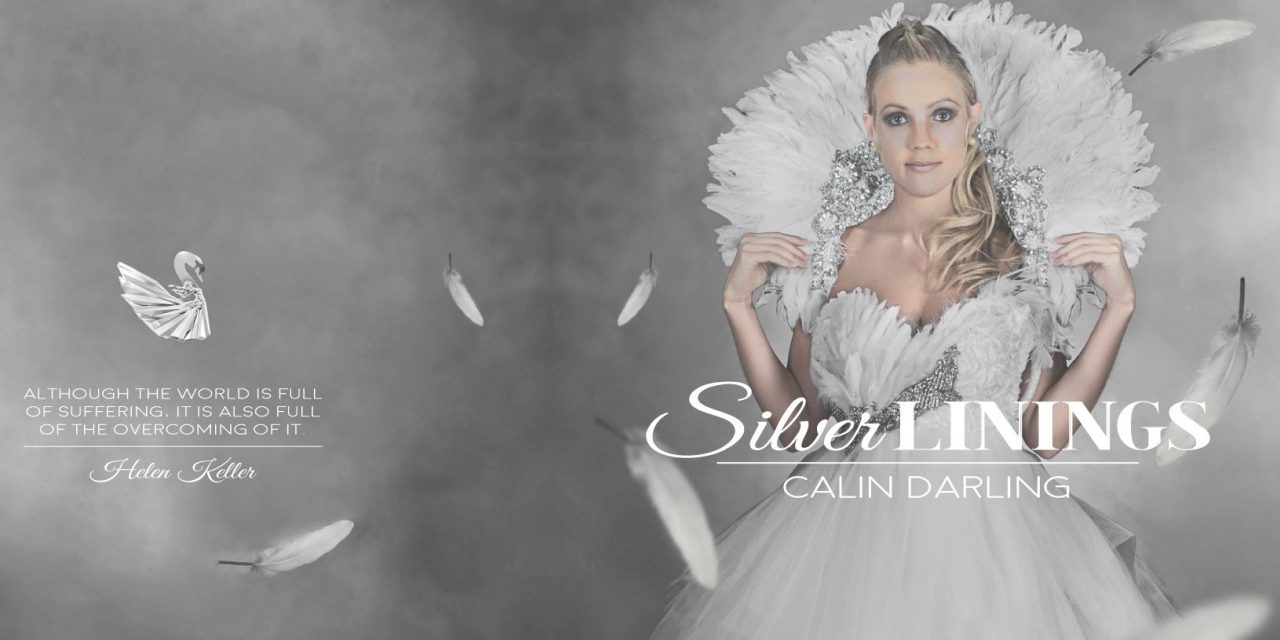 A young Sunshine Coast woman is using her own experiences of overcoming adversity as incentive to encourage other women with similar struggles. The result is a coffee table style photographic book which she aims on placing in the waiting rooms of every Australian public hospital.

Calin Manuela Darling was born in Romania in 1993, in the period immediately following dictator Nicolae Ceausescu’s rule. A side-effect of his brutal regime was hundreds of thousands of orphaned children crammed into 700 institutions.

And as a result, her first three-and-a-half years of childhood were spent institutionalised until she was adopted by Queenslanders, Mark and Kym Darling, becoming sister to a brother who has Angelman Syndrome.

After a tumultuous adolescent period on the Sunshine Coast, struggling with school, self-esteem and family issues, she grew into a young adult who at the age of 21, attempted suicide by leaping in front of a truck.

Thankfully the truck missed her, and Calin was left with a new outlook on life and a newfound determination to do something positive for women struggling the way she had done. Thus began the Silver Linings Project, a photographic journey of twelve Australian women who have overcome physical and/or mental illness.

Calin has photographed the women and assembled a team who have written their stories. With the book now completed, her plan is to raise the necessary funds to print 10,000 copies that will be donated to every public hospital in Australia; giving hope to countless families and patients that need their hope restored.

From its inception in 2015, the Silver Linings Project has snowballed, with Calin gaining ongoing support as time has passed, with 96 companies having now provided in kind support. But it’s an ongoing journey.

“The first six months weren’t easy. I faced a lot of rejection. People not knowing of me or trusting my vision. I suppose in the beginning I was still working it out myself. I just had this ongoing theme running through my head: Australia, birds, books, women, hospitals.”:

Things started to fall into place when costume designers, makeup artists and other creatives, started coming on board to create inspiring images for the book to come.

“Some of the world’s best designers have believed in this project, but my true drive was knowing these women in the book deserve to have their stories told. That’s the only thing that kept me going,” says Calin.

Such designers include Cindy Vogels of the Devoted Milliner, Ana Pribylova of Ana Bella Millinery and Julia Rose.

She has even earned endorsements from beloved Queensland actor, Geoffrey Rush and Karen Jacobsen, the voice of SIRI:

“…these words and birds that soar high towards a Silver Lining and celebrate the bravery of Australian women flying free are exquisite, dazzling and inspirational…” G.R.

“Trauma and truth stops us in our tracks, and in an age of distractions these stories and their victories will do just that. If these courageous women can keep going, no mater what, we all can. The resilience of the human spirit is alive and thriving in these pages. It is never too late to recalculate.” K.J.

The project, a work of curated costumes, designed with bespoke tailoring to a bird-theme reflecting each woman’s personality and tale, has reached the point where it needs its next trajectory.

“We’ve reached the point where we have the beautiful photographs, the inspiring stories and now we are wanting to raise the funds to complete the vision to donate 10,000 books to our Australian public hospitals,” says Calin.

Calin is launching a Go Fund Me page, which, when her $125,000 target is reached, will turn this dream into a reality, “Showing women that we can overcome our battles, turn our life threatening challenges into triumphs and move from victim to victor.”

She is seeking the support of the wider community to help raise the necessary funds. A second book is also on the drawing board, with more auditions from women around Australia being planned for the near future.