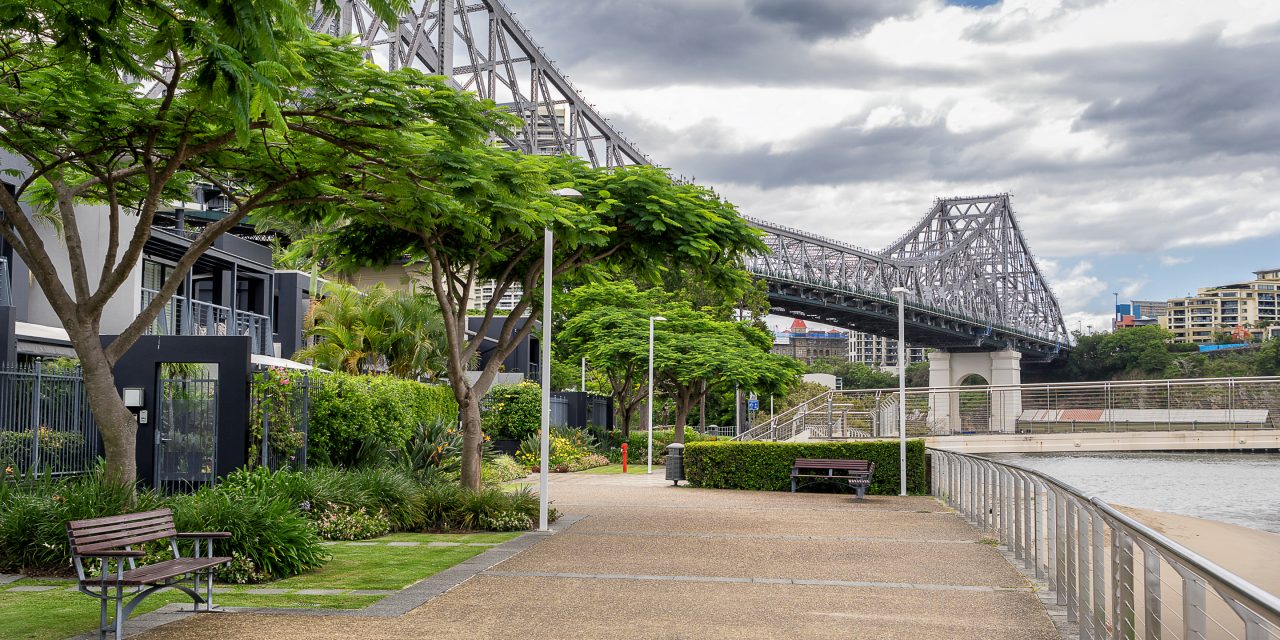 At the first of the candidates’ forums for South Brisbane held on 7 September in Kangaroo Point, the incomplete Riverwalk walk was clearly on the agenda for Liberal National Party (LNP) candidate, Clem Grehan. Mr Grehan told the forum that one way to increase active transport to Kangaroo Point would be to complete the pedestrian and cycling infrastructure.

Late last week, Member for South Brisbane Jackie Trad upped the ante when she announced that a re-elected Palaszczuk Labor Government will commit $22.5 million to fill the gaps along the popular Riverwalk at Kangaroo Point.

“Residents and bike riding groups have been calling for these missing links to be built for years,” Ms Trad said.

“Developers footed the bill to build sections of the path, which was a condition of their approval from Brisbane City Council, but council has dithered on putting up its own funding to finish the job.

“I will make sure Labor gets the job done by committing $22.5 million to partner with Brisbane City Council to build these remaining sections of path.”

“Brisbane is lucky to have excellent bike paths that follow the river around the inner-city, but southsiders have been left to scale hills on the back streets to access those paths for too long,” Mr Bailey said.

“More people are choosing to ride as they change their commuting habits following the COVID-19 health crisis.

“Earlier this year, I approached Brisbane City Council to establish the Active Transport Advisory Committee so that the State Government and Council could better coordinate the rollout of new bike projects in the south-east.

“This project is an excellent example of a project that will be enjoyed not only by local riders and residents walking around their neighbourhood, but also tourists wandering around this beautiful part of our city.”

The project has cross-party support. The Greens and the LNP candidates are both on the record calling for the completion of the Riverwalk, but at this stage, they have not made specific funding commitments.

The project also forms part of Councillor Jonathan Sri’s vision for The Gabba Ward as it was for former Councillor, Helen Abrahams, who said she requested funding over several years but it was refused by the then LNP Lord Mayor.

Greens candidate Amy MacMahon says that a completed Riverwalk would be a boost to people in both East Brisbane and Kangaroo Point.

“The completion of the Riverwalk is an exciting opportunity to reinvigorate the peninsula, reduce many of the area’s existing traffic and connectivity issues, and open up more of the river to residents. We’ve also had hundreds of conversations with people in both East Brisbane and Kangaroo Point, who would love to see the riverwalk completed.

Ms MacMahon says The Greens have been calling for the State Government and Brisbane City Council to jointly fund the completion of the Kangaroo Point Riverwalk’s missing sections, “…rather than waiting years for private developers to do it”.

“For example, the proposed three tower development at 108 Lambert St neglects to plan for that section of the Riverwalk. It’s clear we can’t rely on It’s good to see Labor finally coming to the table to get this important project moving,” Ms MacMahon said.

“The Riverwalk should be designed with community consultation, and could include seating, kayak launching points, gardens and lookout points, as well as historical signage and information about the Brisbane River ecosystem. The Riverwalk should also be designed with extra-wide footpaths and clearly delineated separation between pedestrians, slower-moving cyclists, and faster-moving bikes and e-scooter riders.”

What the Advocacy Groups Want

While not commenting specifically on party promises, Director of Advocacy at Bicycle Queensland, Andrew Demack told The Westender that:

“Bicycle Queensland calls on all the parties to commit to spending at least 5% of the total transport budget on active transport projects.”

“Walking is often overlooked as a fundamental form of transport and underinvested, and yet we know spending on walking has an excellent Return On Investment of 13:1” says Anna Campbell. Every $1 spent provides $13 in return in transport, health and business (The economic case for investment in walking, Victoria Walks, ARUP). “Investing in walking is therefore valuable for generations to come” says Anna.

“We support all investment in walking, but we need to ensure that funding for inclusive and accessible walking infrastructure is also prioritised in suburbs and towns across Queensland not just in the inner city or just in SEQ”.