Deputy Premier Jackie Trad MP and Councillor Helen Abrahams (Brisbane City Council) honoured the artists with a visit at the launch of this 13-story, 13-canvases project titled, From the Ground Up.

Supportive housing projects, the fruits of partnerships between government, industry, community and welfare organisations are enriching cultural expression through arts sectors in Brisbane and New York.

New York’s Common Ground spokesperson Jeff Scheuer said “We also have many artists who use or have used our affordable housing resources as a way to gain a foothold in the expensive community of NYC, and so these residential resources are important to the arts community locally.”

Brisbane Common Ground’s project From the Ground Up was last month awarded an accolade for ‘Leading Tenant Engagement Practice in Queensland’ by the Australasian Housing Institute.

From the Ground Up was funded by Micah Projects, facilitated by John Fitz-Walter and supported by the unique partnership of Micah Projects and Common Ground Queensland.

Micah Projects Team Leader Natasha Rodrigues said she was impressed by the collaborative collage technique chosen by Mr Fitz-Walter as it enabled all tenant’s to contribute in their own unique style.

The project has been transformative for tenants and built positive linkages to the wider community.

Common Ground Queensland spokesperson Rikki Pieters said “Both organisations have worked synergistically to create a positive building culture which has fostered social inclusion, embraced partnership and has encouraged integration into the local neighbourhood.“

“From the Ground Up, the stunning 13-story artwork created by tenants is a practical demonstration of this culture,” Ms Pieters said. 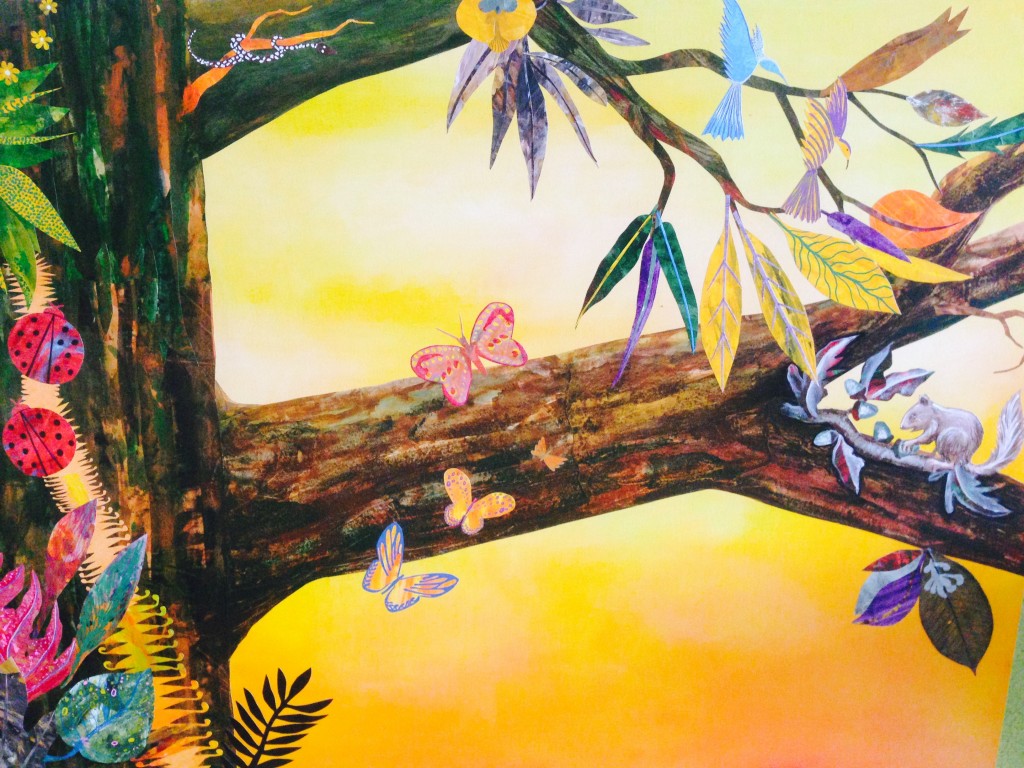 The 13-canvasses will be spread out over 13 levels of the building so that it looks like a tree growing through the building,” John Fitz-Walter.

FACTS
Brisbane Ground Queensland’s project From the Ground Up has won a place in the Australasian Housing Awards. Winners will be announced during the National Housing Conference 2015 in Perth on October 28.

Next up, the wider community will be involved – with Common Ground Queensland, Micah Projects and participating tenants – in transforming three common spaces, one of which will be a public sculpture similar in size and scope to the 13 story canvases, From the Ground Up.