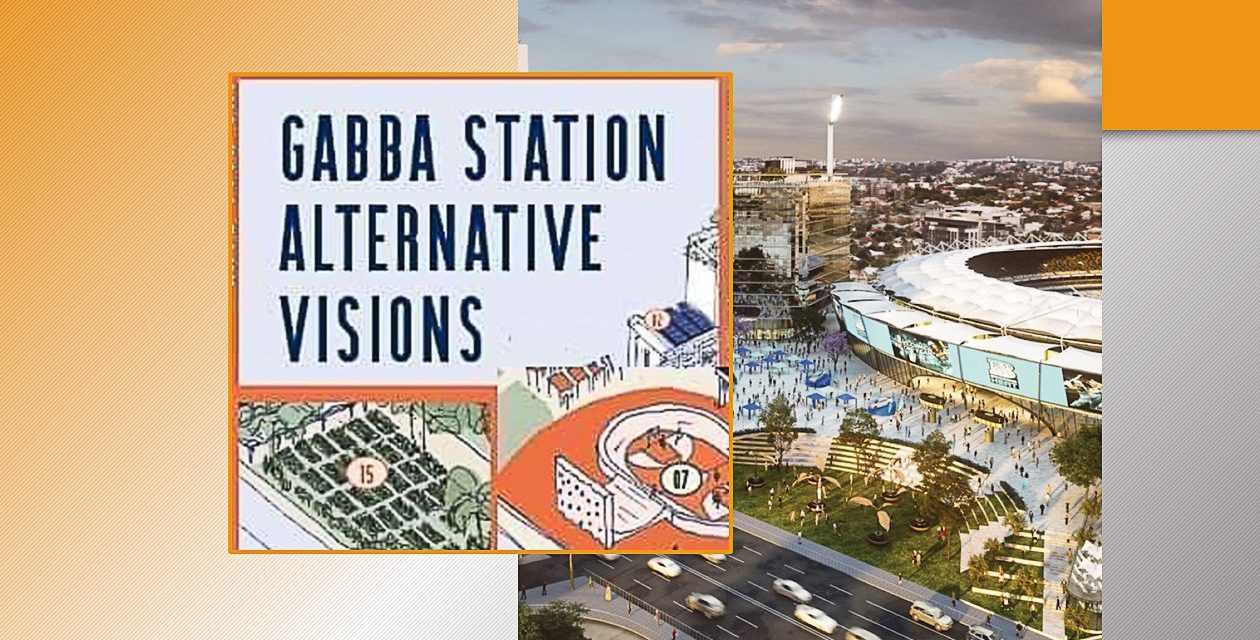 Last month, Councillor for The Gabba, Jonathan Sri invited locals to a Community barbecue to consider the redevelopment of the Gabba train station site as part of the State Government’s Cross River Rail (CRR)[1] project.

Cr Sri said that about 60 locals attended the barbecue and were excited by the alternative visions proposed for the site.  He says the development of the site represents an opportunity to deliver additional facilities for growing school needs, such as sports courts and fields, and larger halls and theatres for events and special assemblies.

“Residents really liked the amount of green space we’re proposing for the site, and agreed that public swimming facilities could help take the pressure off other public spaces like South Bank,”

“The overwhelming message was that residents don’t support privatisation and asset sales, and want the site to be developed for the public’s benefit rather than to serve the interests of private profit.” Cr Sri said.

The Gabba Ward office has released two alternative visions for the CRR redevelopment of the Gabba train station site.

Cr Sri says that the State Government has not been very open or transparent about its plans for the site, but that their Interim Land Use Plan and the official video suggests that they intend to sell off private development rights for up to 12 high-rise towers up to 30 storeys tall.

“We want to broaden the parameters of debate and open up conversation about the many different kinds of community facilities that could be delivered on this site, from theatres, libraries and music venues to swimming spots and a massive skate park.”

“Because this site is serviced by a train station, bus station and major bikeways, we think there shouldn’t be any off-street carparking at all except loading zones, disability parking and maybe a few bays for carshare schemes.”

Cr Sri says that most of the privately owned properties that surround the train station site are already zoned for very high density residential development, “so this publicly owned site should be used to deliver the facilities and green space necessary to make high-density living more sustainable, affordable and attractive.”

“Residents should have more of a say as to how the Gabba and Boggo Rd train station sites are developed, rather than leaving it up to politicians and the private sector.”

“All State political parties and candidates should clearly declare what kinds of development they do and don’t support on this site, prior to the October election.”

The Westender asked the CRR team for a response to Cr Sri’s statements.

Asked about future opportunities for public input a spokesperson for CRR said that consultation occurs more than once as plans for a precinct of this size and scale progress.

“In 2019, the local community was invited to provide input on the initial design concepts for the station precinct, over a six-week period.  This included an online survey as well as numerous community drop-in sessions and the hosting of information stands.

“The community will be invited to provide further input to a proposed development scheme in early 2021.”

On the issue of high-rise developments being transferred to private hands, the CRR Rail spokesperson said that there is no intention to ‘crowd the entire area’ with high rise sites nor of seeking developments that are not commensurate with current zoning.

“The Woolloongabba Cross River Rail Priority Development Area (PDA) was declared on 3 April 2020. It allows for a building height that are commensurate with existing surrounds.”

“Drafting of a development scheme has started and more specific plans for housing and accommodation options will be progressed through this process. The community will be invited to provide input for the proposed development scheme in early 2021.

CRR did not respond directly to a question about Government plans to construct social housing in the precinct.

While CRR said that, “there is no plan to sell off public land in this precinct,” they did not directly respond to a question about the possibility of selling “development rights” to the private sector. Cr Sri says that he thinks it is likely, “that they [CRR] will try to sell the right to develop buildings (which the private developers would own) with a 99-year lease over the land.”

“The ‘Not For Sale’ campaign in the Bligh and Newman years made very clear that ‘a lease is as good as a sale’ and personally I don’t think there’s any functional difference between a 99-year lease and an actual sale if the buildings on the land aren’t owned by the government, Cr Sri told The Westender.

As to what proportion of the area being redevelopment will be available for public green space, the CRR spokesperson said that:

“Very early concept designs include a large area similar to the size of The Gabba playing surface, running through the centre of any development.”

“The intention is to enrich and revitalise Woolloongabba by maximising the potential for a new large and open space. “

“The precinct concept developed to date also includes scope for development of a new station-to-stadium pedestrian connection from the new station to the Gabba Stadium, and this would also include a large forecourt area to the front of the Gabba.”

Whether or not you are satisfied with the CRR’s responses, the community will be invited to provide input to the proposed development scheme in early 2021.

However, Cr Sri is encouraging residents to be proactive, and to email relevant Ministers and local MPs with questions about Government plans. Cr Sri is advocating for a a broad-based community campaign similar to the Expo ’88 campaign that resulted in better outcomes for South Bank.

“To prevent the privatisation and over-development of the Gabba and Boggo Rd Cross River Rail train station sites, and push for positive development outcomes that are in the wider public interest, we will need a similar kind of community campaign that applies pressure on politicians and government departments through a range of channels.”

[1] Cross River Rail is a new 10.2-kilometre rail line from Dutton Park to Bowen Hills, which includes 5.9 kilometres of twin tunnels under the Brisbane River and CBD. It will involve upgrades to train stations including Dutton Park, Boggo Road and Woolloongabba.