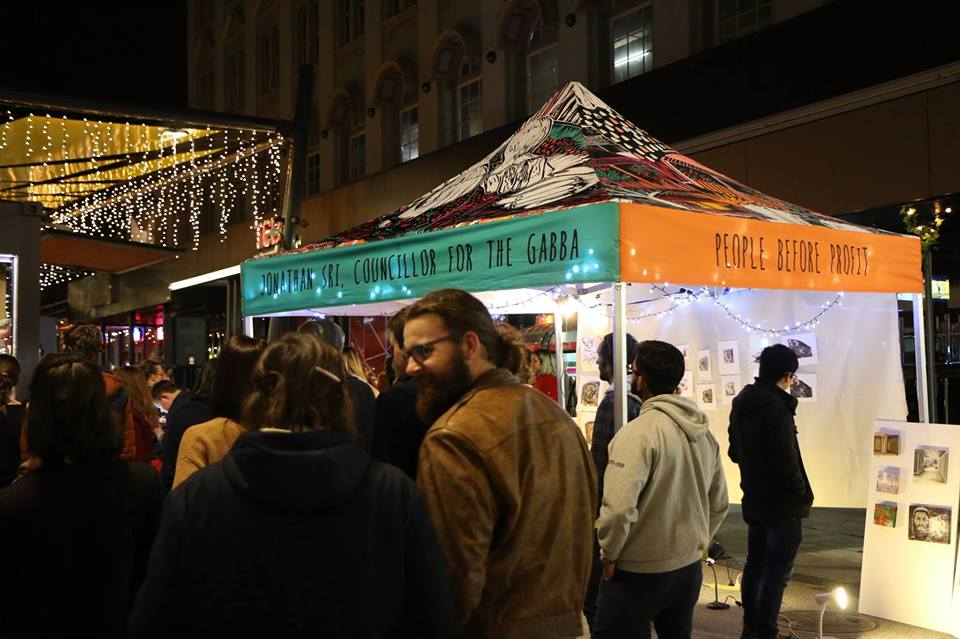 Our current political system is failing.

Power is too heavily concentrated in the hands of a privileged minority who are easily corrupted by the big end of town.
In Brisbane, there are roughly 30 000 residents in each city council electorate, which means that even well-intentioned ‘local’ councillors can’t possibly get to know the needs and perspectives of every single constituent by relying on traditional communication methods.

Part of the solution is a shift towards deliberative democracy and participatory design. Urban planning decisions about local neighbourhoods should be made by residents who actually live there. Everyone has a right to meaningful control and input into the future of their city.

To this end, we’re about to launch a trial participatory budgeting process to allocate $350 000 of our local public space infrastructure budget. It’s not a lot of money in the grand scheme of things – it’ll be enough to install picnic shelters, benches, a couple of playgrounds and maybe a basketball court. But the decision-making process itself is extremely valuable, and in its own small way, a little bit revolutionary.

Residents will talk to each other directly, sharing their ideas for how they’d like their suburb to change and evolve. We will re-learn how to cooperate and collaborate – to listen to other people’s perspectives and priorities and find solutions that meet the needs of ordinary residents, and not just an elite minority.

Local project suggestions (like footpath upgrades and public BBQs) will be costed by council’s asset services team. Then, every single resident in the Gabba Ward will get to vote for whichever projects they think are the highest priorities. And those projects will actually get funded.

To get involved, please come along to one of the participatory budgeting workshops we’re running over the next few weeks – details at jonathansri.com/participatory-budgeting, or check out my Facebook events list.

Even if you can’t make it to a workshop, you’ll be able to suggest projects and vote online once the website is ready in a couple of weeks.

This whole process is one giant experiment in deliberative democracy and participatory planning. We’ll learn from it, refine it, and do it again next year, and hopefully over time, councillors in other parts of the city will see that people like it and maybe adopt the idea in other suburbs.

This is social change in action. Get involved.

The West End Session is on Wednesday 20 July