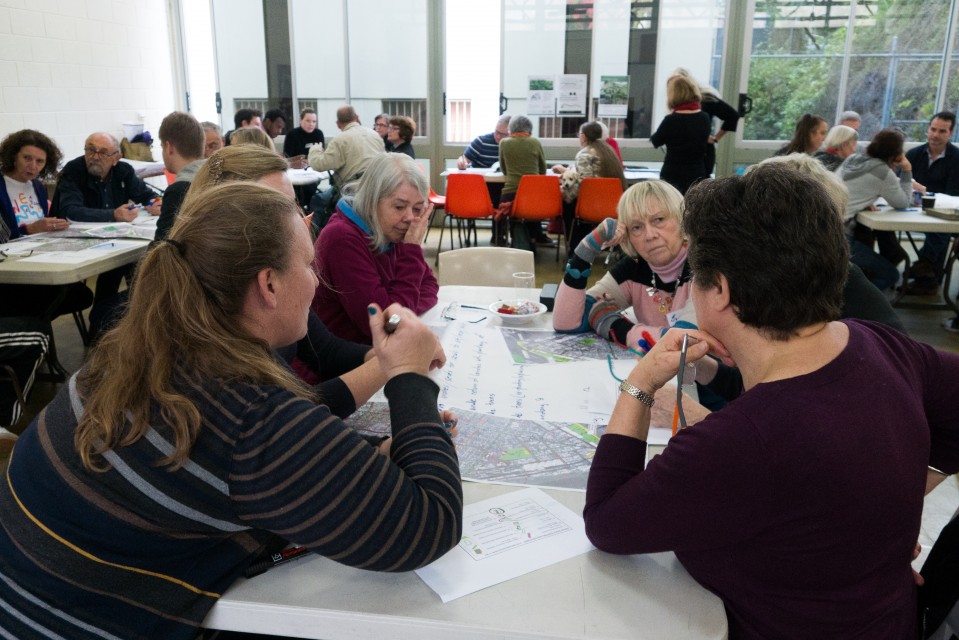 Last Sunday, fifty people of all ages and backgrounds met to map out a green space strategy for one of Brisbane’s most crowded suburbs, West End.  The popular suburb is facing proposals to quadruple its population to nearly 50,000 people, with very little provision for extra open space. 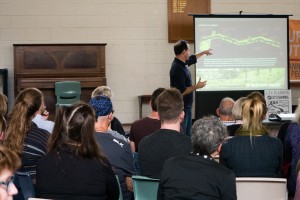 Kurilpa Futures organized a workshop with a Keynote speaker, John Mongard. John’s team was the Green Space Strategy winner of the 2016 Award for Excellence in Community Design with the Australian Institute of Landscape Architects. In the introduction to this workshop he showed how a dozen different schemes to use small-underused pockets of public land, could transform life in the peninsula. After his briefing, seven designated workshop groups applied strategic thinking to imaginative proposals.

One such proposal suggested that part of the wide Sussex Street, now largely confined to local access, could be linked with the grounds of the supportive local Uniting Church Hall, and repurposed for play and community gardening. Another idea was to develop twelve walking trail sites along the historical riverside, with provision for  exercise areas.

In the south of the peninsula a number of riverside gullies linking Brydon Street and Dauphin Terrace to the river could be reclaimed for open space and habitat, to form part of a green space network.  These “bioswales” would counter flooding dangers by both accommodating and clearing water in flood events.

Phil Heywood, planning spokesperson for the KFC added, “Another positive outcome is that community and professional people working together have not only found ways to meet local green space needs by reclaiming spare road space and abandoned gullies, they have also proposed movement systems along “bio-swales” and green corridors. This would carry away floodwater whilst providing wild life corridors and community lungs. The motto of this strategy could well be ‘only connect.” 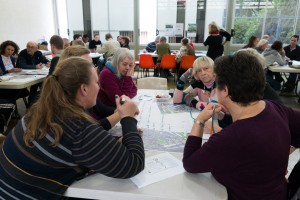 Another idea was to develop Green links along Boundary and Vulture Streets and Montague Road, which would accommodate bikeways with solar energy surfaces to capture natural power in support of Brisbane’s drive to become a technologically advanced New World City. Management could be in the hands of  “Watercare Kuripla” on the model of existing Watercare, Landcare, and Healthy Waterways groups. Representation from local volunteer organizations, the state and local councils would ensure collaboration. Indeed collaboration could be the key to success of the many ideas discussed.

Speaking at the end the workshop, Mr. Mongard said: “One of the most heartening things here is the demonstrated energy to undertake so many small practical schemes, which are absolutely “doable.” Now we need to add council powers and funding to support all these community ideas and energies”

Outcomes of the workshop and opportunities for involvement in implementing the Green Space Strategy can be found on the website of the Kurilpa Futures from early August.