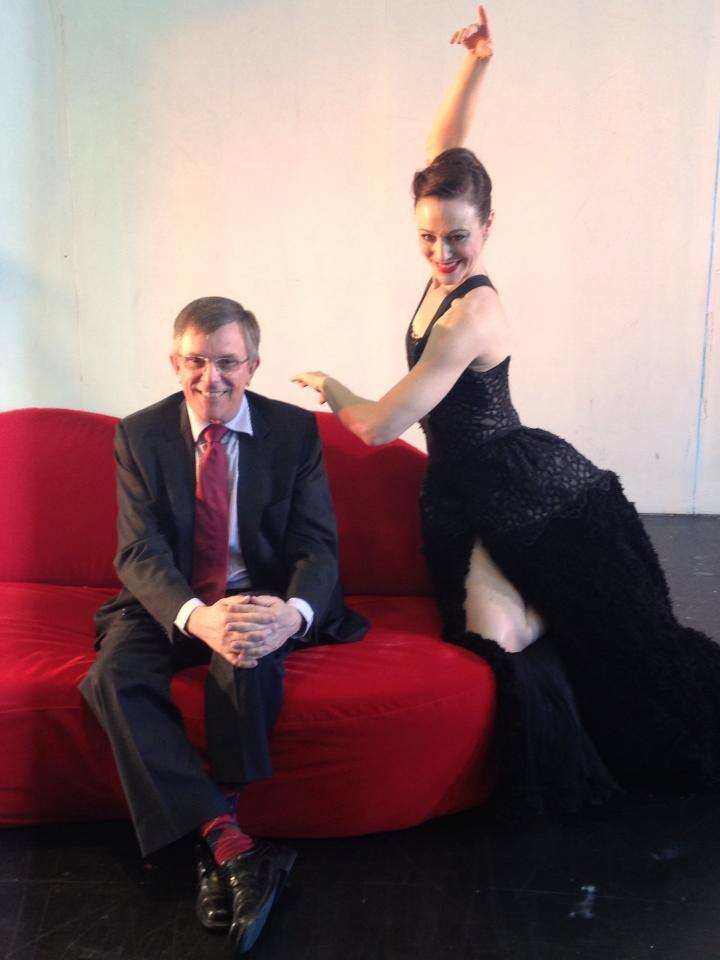 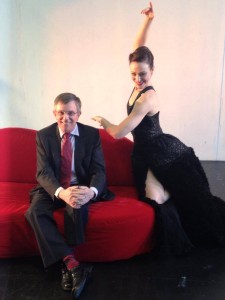 Perks! – the Yarts Minister gets up close and personal with a dancer from Circa

Queensland Minister for the Yarts, Ian Walker, told balletophiles at the Brisbane City Hall on Monday night (See Queensland Ballet 2014 story) that one of the surprises of becoming responsible for the Yarts has been drinking Chablis, eating oysters and seeing Ballet at that crowning jewel of Queensland culture, the Ekka.

“The Ekka sure has changed since I was a kid,” he quipped to a ripple of laughter from an empathetic audience.

Now, Westender actively promotes the art of being genuine and open as a fundamental starting point for success in business, public life. (See last week’s John Buchanan story)   There is no point in belittling Ian Walker for growing up like most Queenslanders with the great outdoors and the rugby as the main cultural reference points, and European culture as a distant and vague ancenstral memory.

What is important, though, that those of us in the Arts, art administration or public life, recognize and deal with the natural tension between the highbrow arts that largely survive thanks to taxpayer funding and the interests of the broader populace.

Chair or the Sydney Opera House Trust, Kim Williams rips into Mark Latham as a prime example of a  proud philistine in the lead article of October’s The Monthly.

He quotes Latham, “Classical music, opera and ballet are insufferably boring. But that’s how the elites like it, safe in the knowledge that people below their station in society are unlikely to join them in the jewellery-rattling rows of the Opera House.”

Then Williams tears him apart, describing the worship of ignorance as  “similar in nature to creationism, with its willful sacrifice of science on the altar of personal opinion or triumphant, absolutist ‘belief’. It demeans the nation. Enough.”

Other commentators have made similar observations about the attacks on academics as being an elite, while billionaire miners are somehow seen to be “ordinary Australians”.

What is ordinary, or  ‘normal’, is constructed in the media in much the same way as the enemy is constructed as less than human. When artists, musicians, dancers, single parents, gays, unemployed, disabled, academics and university graduates are all vilified as being something other than ‘normal’, we are left with a fairly small part of society that is supposedly unwilling to put up with the rest of us.

The trick used by the media and politicians is to claim that we are all normal except for <today’s target group>. That way, the fact that there is no ‘normal’ is never called into question.

What was really interesting at the Brisbane City Hall on Monday night is that there were lots of families, including quite a few that I know who live here in 4101, who had dressed in everything from their formal best to their favourite tutu, to find out what the Queensland ballet is going to do in 2014.

Queensland ballet director, Lee CunXin, has brought all the elegance and refinement of being Mao’s last dancer together with his great down to earth love of the people to create a program of popular classics that will bring the people to ballet. Nutcracker as a regular Christmas treat will create a tradition of ballet going that has a long term impact. The world premiere of a new production of Copelia and the Australasian premiere of Sir Kenneth McKillon’s Romeo and Juliette will build bridges between “ordinary” people and “highbrow” culture.

Let’s hope that Yarts minister, Ian Walker’s refreshing naivette and honesty about his lack of exposure to European culture segues into a genuine appreciation of the wonder of learning rather than a nasty put down of the higher things in life.

As the 16th of 19 ministers listed on the Queensland cabinet’s web page http://www.cabinet.qld.gov.au/ministers.aspx, with a portfolio that covers “science policy, strategy and investment, digital economy, chief scientist, innovation policy, strategy and programs, research and development coordination and planning, international collaborations, administration of Crown copyright and intellectual property, government information and communication services and delivery, archives, Smart Services Queensland, Queensland Shared Services, and Arts Queensland”,   the Yarts are clearly not too high on the governent’s agenda.

It is up to all of us to make sure the government understands that we, the people, love Art and want it in our faces as much as possible.