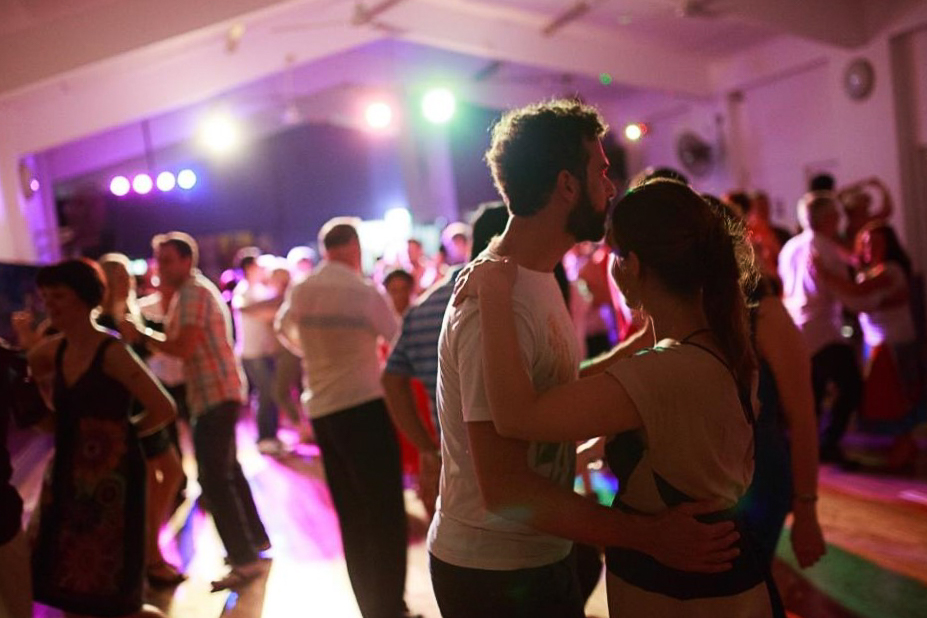 In Rio de Janeiro the kids dance on busy city streets, intersections and traffic lights, consuming all available space. Young lovers everywhere spend their time exchanging affection. Rio de Janeiro is vibrant a city of 13 million. It is not your average town; it’s an artistic powder keg waiting to blow. It’s a town addicted to music and dance, sweat and deep tradition, fantastic rhythm rooted in Latin-African beats. Latin dance is vigorous and demanding, everyone wants to dance, it’s a significant part of the culture and is freely expressed. 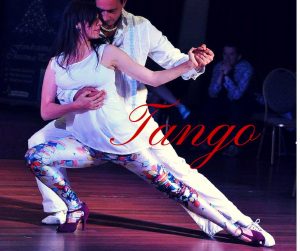 Tarcisio and his wife, Jada – supplied

Tarcisio Teatini-Climaco has devoted his life to dance since he was very young. He dropped out of his engineering degree in his 5th year at the University of Brazil to pursue a course in physical education from which he graduated. He believes that an understanding of anatomy and physiology has helped him immensely with dance.

Brisbane and dance were a long way from Tarcisio’s initial plans back in Brazil. His original plan was to set up a leather manufacturing business in Australia. But after spending a few months in Australia, travelling to some of our other major cities, Tarcisio realised that there was so little traditional South American dance. Latin dance was hardly practised.

“This was not the type of dance that was being practised in Brisbane,” he said. “The Samba was foreign and consigned to hot blooded Latinos.”

Setting up and planning to run a business in dance was quite a step. West End was the heart of Brisbane in terms of cultural diversity. “Start here,” his friend said, “this suburb has diversity.”

Today Tarcisio says it could not have been better. It was a perfect choice. Setting up his own Academy turned out to be a huge success, and 31 years later, Tarcisio is now one of the most sought-after dancers and dance teachers in Queensland.

It is a long way from leatherwork and the town where mining was king.

On his many journeys back to Brazil, Tarcisio plans his trip to coincide with the amazing Rio Carnival. “There is nothing like it in the world,” he says.

Heading to the Rio Carnival with a group of Brisbane students from Rio Rhythmics was a great thrill and the trip is often suggested as part of the curriculum. At the Carnival new students are often completely stunned by the intensity and talent displayed at the festival. 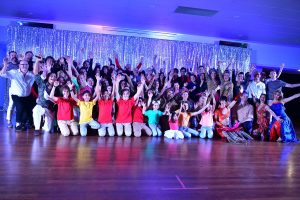 Years later, these students would also become performers and instructors, with the experience gained at Rio Rhythmics. Many of the Latin dance schools in Queensland are made up of dancers who have been influenced by or were taught by Rio Rhythmics. Tarcisco says that Rio Rhythmics has taught over 40,000 people to dance in the past 31 years.”

In his dance studio in Boundary Street, dance is not only used for vitality, style, and socialising, but for a variety of health benefits. It’s used for mild stress, balance, depression, mood. Dance for seniors is very popular.

Tarcisio says dance is also a means of helping people socialise and communicate, the way forward in times of stress.

”Get your body off the couch and dance.”

Tarcisio says that dance brings about 1000 people a week into the West End area. 1000 people who wouldn’t be there if not for Rio Rhythmics. Not all people visiting his Academy are interested in Latin dance, so they have other dances that allow people to socialise more, social dancing can improve the spirit of a nation.

Tarcisio loves teaching new students at Rio Rhythmics. They often come in feeling like they will never be able to perform any of the moves and feeling totally flatfooted. Weeks later, following a series of dance classes, these people are inhibited no more, just light on their feet.

When his young children complain about being bored, he insists that they dance. Within minutes they are different people.

“Dance your way to happiness” is his motto for children.

His wife of a number of years is the marketing and management guru of the business and is also a fantastic dancer. “So as you can see, my wife Jada the kids and the family love to dance”.

Recently he and his team of teachers have spent quite a bit of time putting together over 300 dance videos for his clients. It was time to catalogue his style and method. 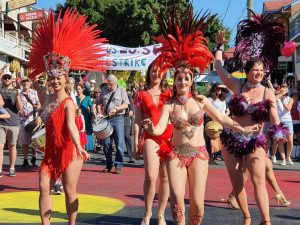 Tarcisio still teaches dance but is now teaching it for about 10 hours a week. Rio Rhythmics has a number of exceptionally talented teachers who take most of the classes. Many are waiting anxiously for COVID-19 to mutate into something less severe so they can get back to work.

Tarcisio has been rewarded for his commitment to Brazilian dance in Australia: being appointed as a member of the Australian Dance Council’s interim competency Standards Project reference group and representing Queensland on the Australia Council of Arts Dance Funds Committee. He has advised on dance as member of the Australia Council Multi-cultural Advisory committee, and was Latin item director at the Brisbane 2001 Goodwill Games creative team. He also received a plaque from the Brasilia consulate as the first person to introduce professional Brazilian dance into Australia.

Rio Rhythmics also dances in the street. When West End Community Association produces the remarkable Kurilpa Derby weekend, street performers saturate all of Boundary Street. Rio has been one of the major sponsors and supporters of this event over a number of years.

With the sounds of multicultural music and dancing, the locals adore being able to perform in the street. This is a remarkable thing. Tarcisio believes that dance should occupy the streets on weekend evenings. His dancers are always looking for their next performance. Performing is very moving he says.

Tarcisio’s son Claudio is an accomplished Capoeirista and runs an organisation and Academy teaching the martial art and dance of Capoeira. He is very close to his father and they share ideas about any new dances that hits the streets. Together they have been a remarkable success.

“I like the impact of dance culture on helping people stay happy.” says Tarcisio, “culturally diverse dance is one of the keys to understanding”.