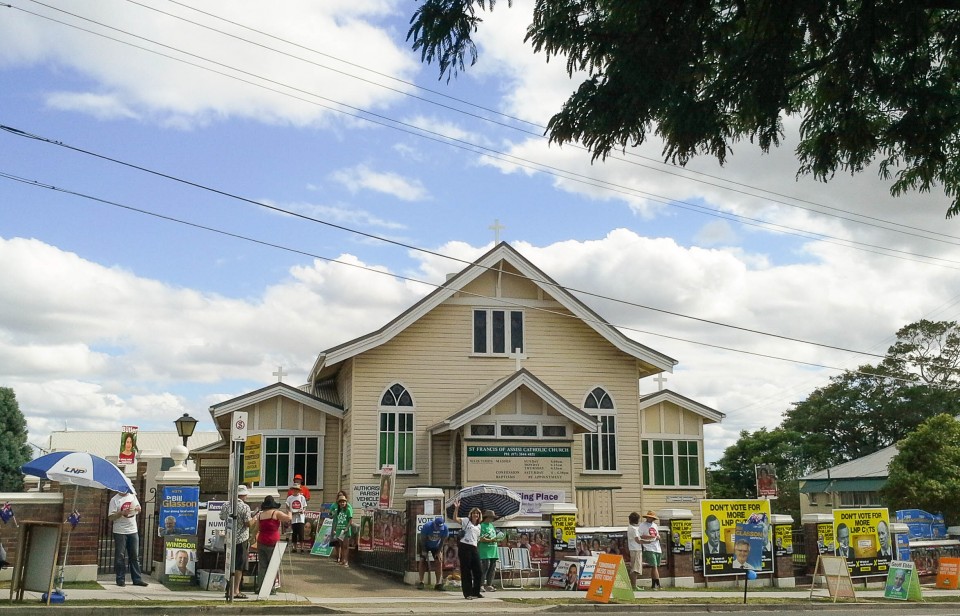 In a large-scale collaborative project known as UniPollWatch, journalism students from Universities across Australia will be covering all 150 Federal electorates for the 2nd of July ballot.

Danish student Simon Hjortkjaer is covering Griffith for UniPollWatch and is currently in the process of collating candidates’ profiles. His fellow Dane, Kasper Kaasgaard is covering the seat of Bonner.

Both Simon and Kasper are journalism honours students at Griffith University and are living in the Griffith electorate.

Not only are Simon and Kasper having to get their heads around the complicated Australian electoral system (and their electorates), but they each have to complete a major thesis as part of their broader media studies. Simon is creating a radio documentary examining the 1957 Palm Island strike, and Kasper is comparing how Danish and Australian media reported the 2015 Paris Climate talks.

Kasper and Simon are in Australia as a part of a European Union program called Worldrep, It is an exchange program between two Australian universities (Griffith and UTAS), and the University of Applied Sciences in Utrecht, Netherlands and their home school, the Danish School of Media and Journalism.

Simon said that three Griffith students will go to Utrecht in August for a semester in the Netherlands and then a semester in Denmark.

The Editor-in-Chief for UniPollWatch, Andrew Dodd from Swinburne University told The Westender, that the project involves 28 universities, each of which will have a number of electorates to look after. The students will create profiles of each seat and of all candidate. They will cover local election-related news stories as well. Some of the Universities will also focus on specific policy areas, and others are looking at Senate candidates.

Associate Professor Dodd sees the project as creating an authentic environment in which the students can learn and practice the skills of journalism. Curricula are being built around the project by the participating universities, and all students, who range from novices in their first year, to post-graduates, will be mentored by experienced journalism academics.

UniPollWatch has an arrangement with The Guardian Australia, to pitch the students’ best stories for republication.

Griffith has four declared candidates so far, sitting member Terri Butler for the ALP, Fiona Ward for the LNP, The Greens’ Karen Anderson, and independent Karel Boele, who will stand under his People Decide platform. There were 11 candidates in Griffith in 2014, so expect to see more candidates emerge before nominations close on the 9th of June.

Following Kevin Rudd’s retirement, newcomer Terri Butler won on preferences in the February 2014 by-election against accomplished LNP candidate, Dr. Bill Glasson. Ms. Butler has built a strong profile since. In October 2015 Ms. Butler was promoted to the roles of Shadow Parliamentary Secretary to the Leader of the Opposition and Shadow Parliamentary Secretary for Child Safety and Prevention of Family Violence. She has also proved to be a capable media performer with a regular spot on ABC 612, where she is paired against the LNP’s Dr. Andrew Laming, and she often appears on Sky News.

Ms. Butler is likely to have an easier time of it this year against the less well known Fiona Ward. Ms. Ward contested South Brisbane in the 2015 State election for the LNP but struggled to gain traction against her ALP rival, Jackie Trad . She was a no-show at two local West End candidates’ forums and polled just 32.2% of the vote; a swing against the LNP of 5.9% on the primary vote. Ms. Ward was previously an electorate officer to Mermaid Beach MP Ray Stevens.

The Greens are riding high on the victory of Jonathan Sri in the Brisbane City Council elections and the party has declared that Griffith is in its sights for the Federal election. They too have preselected a relative unknown in Karen Anderson, and she is unlikely to gain the sort of momentum that got Mr. Sri across the line in the Council ballot. However, in the more progressive areas of the electorate the ALP is probably most vulnerable against the Greens on the asylum seeker and climate policy fronts.

It seems that Karel Boele is becoming the perpetual candidate. He has been a contender in the 2014 Griffith by-election, in the State Election in 2015, and was a mayoral candidate in the recent Brisbane City Council elections.

It will be interesting to see what Simon makes of all this and The Westender will seek to republish Simon’s stories with the agreement of UniPollWatch.