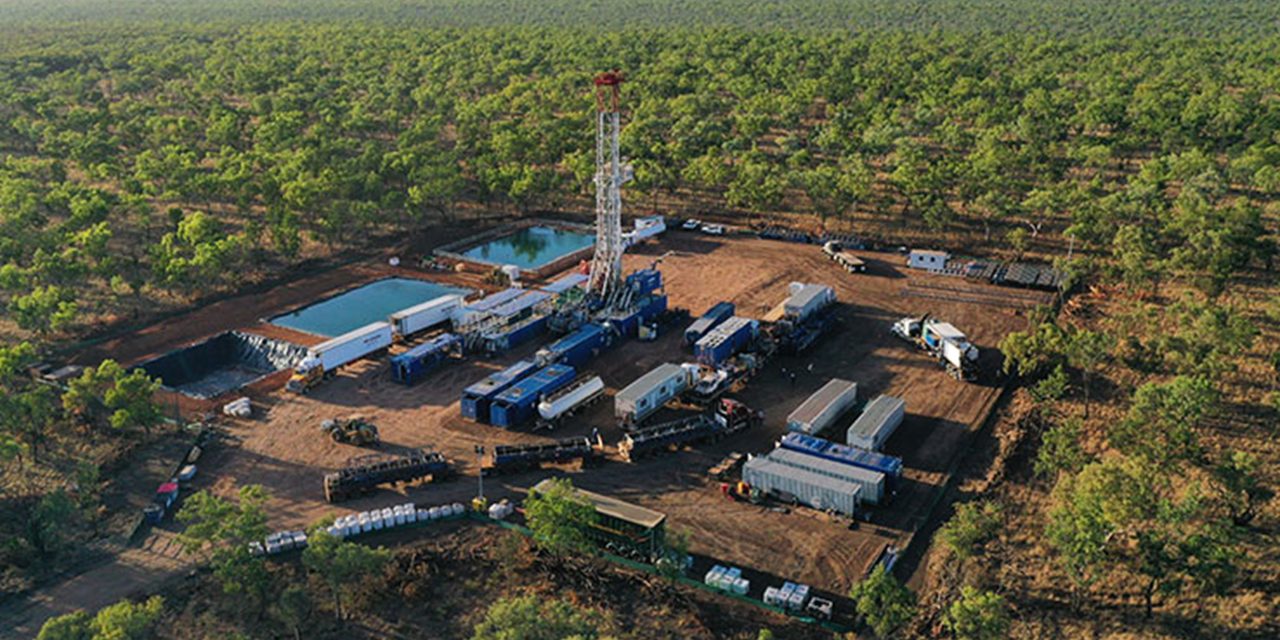 Remember back in 2007 when the ABC’s Chaser comedy group broke through tight security at the Asia-Pacific Economic Cooperation (APEC) conference in Sydney? The Chaser’s limousine was waved through much to their surprise. At that APEC meeting John Howard did a deal with China to sell $35 billion of gas from northwest Western Australia at a fixed price for 30 years. Now we are being told we have to open up mega-scale new gas fields because we have a domestic gas shortage.

An alternative view would be that this ‘shortage’ is the chance to go to electrification via renewables faster. Experts argue that our existing gas-fields have enough gas to tide us over in the transition to big renewables.

Instead of this being the pivot point, in just the past year the Morrison Government has announced an area will be opened up for exploration and drilling for new gas fields. It extends across 110 square kilometres, the equivalent of nearly two Tasmanias (see Figure 1 below).

The battle has begun in Canberra around the biggest gas proposal, the Beetaloo Basin in Arnhem Land in northeast Northern Territory (NT). It’s the first of three big gas-field developments threatening to derail any serious reduction in Australia’s carbon emissions. The NT ended a two-year moratorium on gas exploration back in April and there’s a big pipeline planned across the north to join up big gas production.

There are many gas company players but one of the potential beneficiaries of the program, Empire Gas, has very close ties with the Liberal Party. It has the largest exploration area in the Beetaloo basin, and as a consequence is a particular target of protests by First Nations peoples.

Beetaloo’s greenhouse emissions: One projection estimated the development could generate 117 million tonnes of greenhouse gas. This would be equivalent to 22 per cent of Australia’s current annual emissions, jeopardising Australia’s Paris emission target if it cannot be offset with carbon reductions.

As Greta Thunberg says, to achieve net zero by 2050 the world has to reduce existing levels of emissions by 9% each year for the next 10 years. Under COVID in 2020 when the world’s production systems saw a major slowdown, emissions went down 8%. We have to do that amount of carbon reduction year on year for 10 years to get anywhere near net zero.

How can we be opening up new emission sources?

This raises another potential cost of our gas strategy, the cost of raising international ire about our big investment in rising greenhouse gas emissions. Europe is introducing its carbon tariff in the next year as a way of levelling the playing field. They argue that where they have invested in carbon reduction and other countries have not there needs to be a tariff on imports from those countries.

Private investment no-show: There is a lack of private interest in funding new oil and gas ventures. The Beetaloo-focused new gas company, Tamboran, had its Initial Public Offering slated at $195 million in June 2020. This has shrunk by more than 70 percent to the current $60 million achieved June 2021.

No Jobs generation: Our gas-led recovery has not produced the expected increase in jobs with mining and gas dropping 11% and 9% respectively in employment in the last year. Also, these industries are intent on high levels of automation in the coming decade.

Big impacts: Fracking is not just high risk in terms of fugitive high-intensity greenhouse emissions. It also carries risks to complex systems of groundwater and the water supply from them. While assurances are given about no risk to groundwater the track record in Queensland gives no reason for complacency.

As evidence of groundwater impact, the Office Of Groundwater Impact Assessment which is part of the Department of Natural Resources in Queensland say that in just one Coal-Seam Gas (CSG) basin in Queensland, the Surat basin, 122 bores have run dry as a result of CSG activities. They are predicting 571 bores will run dry over the life of the Basin, higher than the previous estimation.

Note: Liquefied Natural Gas (LNG) is CSG that has been cooled to liquid form for ease of transporting.

While big lobbying goes on, communities across the Northern Territory are struggling to cope with worsening impacts of climate change (see box).

The mangroves along 1,000 kilometres of Gulf of Carpentaria coastline have died because of rising temperatures and a lack of rain, CSIRO’s leader of Climate Extremes Dr Kathleen McInnes said.

The CSIRO estimates almost half the wetlands will be submerged in the next 50 years. Within 100 years, the entire floodplain will be inundated with saltwater.

Big public money: Gas field development will not proceed without public money at scale, and on the basis of Commonwealth climate-blind approvals. Public money is set to flow to the gas industry by means of:

The contest is on in Canberra. The test is all about a law that sets up the ‘instrument’ that enables grant money to go to the Beetaloo project for exploratory drilling. This instrument to enable the Beetaloo Cooperative Drilling Program will provide grants of between A$750 000 and A$7.5 million, up to a total of A$50-million, to gas companies to support exploration that occurs before the end of December 2022.

The Industry Research and Development (Beetaloo Cooperative Drilling Program) Instrument 2021 has passed the House of Representatives with Labor’s support, despite a disallowance motion by Zali Steggall and a debate in Labor caucus. Grant applications are now open. This is lawful because the House has passed the instrument, but the Senate can disallow it still.

SEED, the indigenous climate action group, reports that Traditional Owners travelled thousands of kilometres from NT to meet with politicians in Canberra and urge them to listen to the concerns of Aboriginal communities on the frontlines of fracking.

In response to the issues raised by Traditional Owners, the Senate led by the Greens voted to establish a Parliamentary inquiry into the Coalition’s $50 million hand-out for big oil and gas corporations to fast track their plans for fracking in the Beetaloo Basin.

At the same time as inquiry’s call for submissions about this ‘instrument’ for public money for gas the Coalition announced $21 million of public funds to fast track fracking in the Northern Territory against the wishes of Traditional Owners. The matter is set down for debate back in the Senate on 4 August. The rush is on to use public funds to underwrite one of our biggest fossil fuel developments.

Labor now has time to consider its options

Labor’s response has not been to block the progress of the grant-enabling legislation. They are arguing that CSIRO modelling shows little risk to groundwater and that NT approvals will ensure cultural heritage is properly protected. They are pointing to their strong track record on emissions reduction when they were in government. They are not stepping up to oppose this Beetaloo investment in what will be a climate bomb. They are not pushing for off-shore wind legislation to be passed. And they not highlighting the extreme example of cronyism to be seen in this whole gas-led recovery.

In the last election Labor had solid majorities in the NT. Now that the ‘instrument’ is under review in the Environment and Communications Committee Labor has time for a deeper consideration of the best strategy and for a consensus to emerge about Beetaloo Basin’s future out of the public purse. 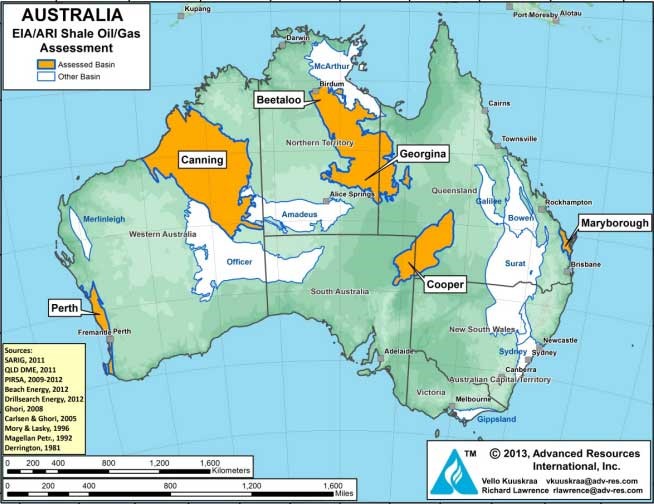 Note: Information in this article has been adapted from Seed Indigenous Youth Climate Network: seedmob.org.au