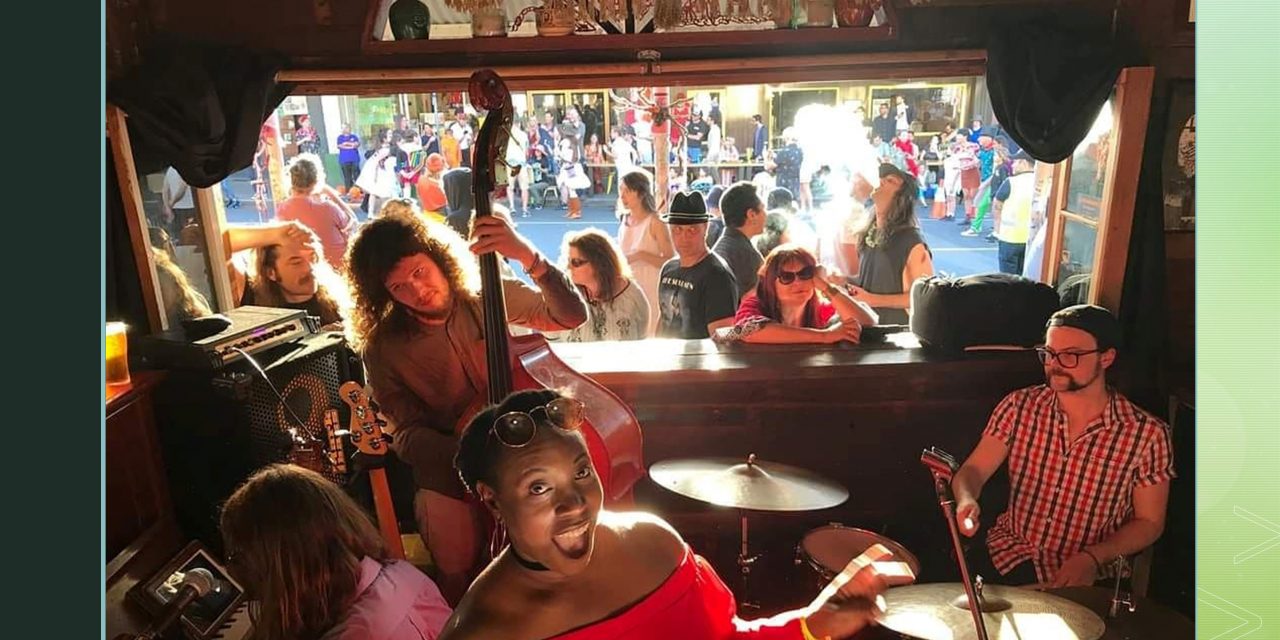 As restrictions on businesses ease across Queensland, it’s easy to feel like things are returning to normal. Unfortunately, this is not the case for Brisbane’s local live music venues, or the artists who call them home.

Queensland and Brisbane’s local live music scene has felt the brunt of the restrictions, and the financial and personal impacts they cause. Industries such as sporting and education have seen a progressive easing of restriction, while culture and the arts feel they have been left in the dust.

Currently, music venues are only permitted to host one person per four square metres and must employ rigorous contact tracing techniques. Smaller venues are disproportionately affected by these regulations. Seating requirements vastly reduce capacity and income, while adding additional costs to wages and equipment.

John Collins, owner of Brisbane venues The Triffid and The Fortitude Music Hall, and former member of Powderfinger, told me the strain on the industry is huge.

“I think one of the reasons it’s getting worse is that there’s no real end to it. At least when it first happened you thought ‘this will just blow over in six months, we might be back to normal in January’ but this year just seems to be dragging on,” he said.

Brisbane’s vibrant culture has long been enriched by live music, and music venues are a vital resource for the discovery and development of musical talent. However, these venues were hit hard by the COVID pandemic, with heavy restrictions still in place. Sporting venues by contrast have long been able to run at massive capacities.

“To have a good music industry, the first thing you need is places to play, so I think venues are a really important part of that,” said Mr Collins. “You don’t discover bands or have an industry without venues to play, so to me that’s one of the key parts of the industry that it’s important to protect and to look after.”

Mr Collins’ venues host shows by both local and international artists, and seating restrictions pose enormous difficulty to the success and survival of the business. The same problems are felt by smaller venues; restrictions on venues seating 40 people are identical to those applied to 3000 capacity venues like the Fortitude Music Hall.

“Our entire livelihoods are dictated by the government regulations,” said Pixie Weyand, owner of The Zoo in Fortitude Valley. “There’s not another industry that’s restricted like we are. Every single industry is back to normal. We’re the only ones that are still here suffering the consequences of COVID, and continue to suffer the consequences.” 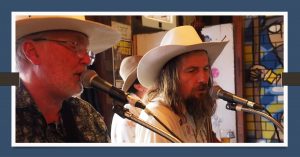 Andrew Palmer playing at the Breaded Lady, 2017 by Damian James

Locally, small venues such as these are vital to the culture of West End. When considering the scope of the restrictions, The Bearded Lady owner, Jamie Simmons, points out that other small businesses are also under threat.

“This doesn’t just affect places like mine, this affects small cafes out in the ‘burbs, you know? This affects so many people who have put their life savings into these small businesses, and we’ve got a government sitting there just saying they’re not interested.”

Frustration with the Queensland government is building among venue owners as the pandemic continues. They perceive a difference in priorities from the Government as businesses open up again. It is unclear to many members of the music community why large capacity sporting events can go ahead, while their businesses are disproportionately restricted.

With no end to restrictions in sight, the threat of permanent damage to the industry is becoming very real. 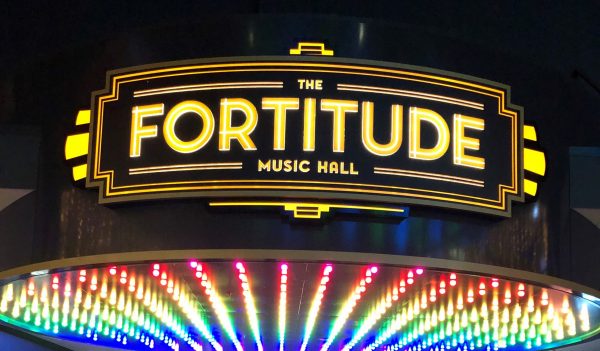 The front marquee of the Fortitude Valley Music Hall, by Kate Hammond

Brisbane musician Andrew Palmer, who has been playing music in Brisbane for 40 years and has seen the industry evolve and change, is well aware of the financial stress being placed on businesses.

“And these venues are in prime real estate areas, they’d be paying a lot of money every week for rent. They’ve got overheads and places are closing. The industries that are around the arts are getting squeezed.”

The uncertain state of the restrictions is also posing considerable mental health problems for industry workers. Low revenue, coupled with high costs and turnover, place tremendous strain on venue staff while many artists have seen dramatically lowered income and a lack of serious creative outlets.

“I would have to think that there’s been some mental health issues. You can’t help but be depressed when you have the ability to play something and you’re being prevented from doing it by government legislation,” said Mr Palmer.

“I think that’s been the big problem that’s eventuated from the COVID lockdowns, is people not being able to do what they do and being forced onto welfare that isn’t substantial enough to support them.”

Artists such as Mr Palmer who work a full-time job and play music on the side may be in a better position than larger bands. Those who can work a day job or get into the studio to record may be able to ride out the crisis, but Mr Collins has seen artists between these extremes begin to struggle.

“They’re the bands I really feel for, because they need to be playing to get revenue, to live, to pay the rent, all that sort of stuff,” he said. “It’s also in bands’ and musicians’ natures to get out and play in front of people. It’s what they want to do and they want to do it for as many people as possible most of the time.”

Venue owners such as Mr Collins and Mr Simmons have seen the stress building in the industry, and both believe the breaking point is fast approaching. Artists and small businesses are hoping to see more engagement from audiences and communities, and many in the industry place their hopes on a stronger message to the public, recognising the current lack of awareness present in the community.

“The general public aren’t aware of the restrictions that are still on hospitality,” said Mr Simmons.

“Start making the public aware that your favourite bar, your favourite café, is under threat here because of the ridiculous rules that are being put on hospitality and the arts and music scene.”

Venues are losing staff or struggling to buy alcohol. However, the passion venue owners and artists have for the business has never been more powerful.

“It doesn’t matter how much they try to get rid of it, live music is all about Brisbane,” said Mr Simmons. “West End in particular, if Brisbane had a cultural hub it would be West End, you know? Live music is an integral part of that.”

But while the enthusiasm continues to drive the industry through this tough time, some are starting to question whether it can ever return to ‘normal’.

“I think we’ll always bounce back, because we love what we do,” said Ms Weyand. “Nothing will stop us. But at the same time, it will decimate us. It will always return, but at what cost?” 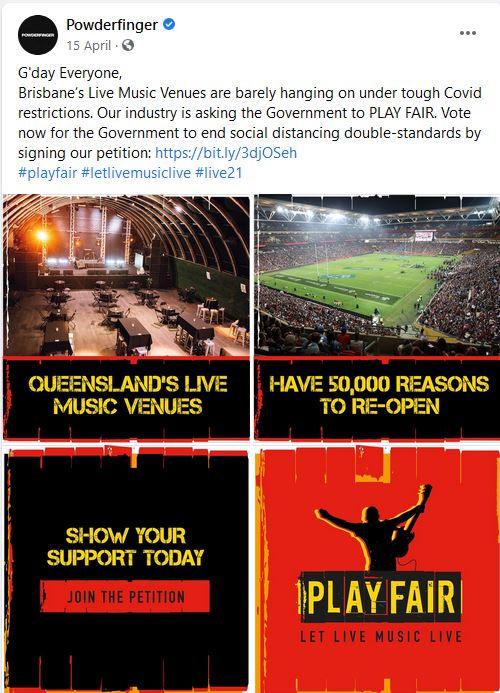 At time of writing the Gold Coast is set to host the State of Origin III match on Wednesday 14 July with a capacity crowd of over 27,000 allowed to attend.

Things can change quickly. For all updates on COVID restrictions see HERE.

Cover image at the Bearded Lady, used with permission.